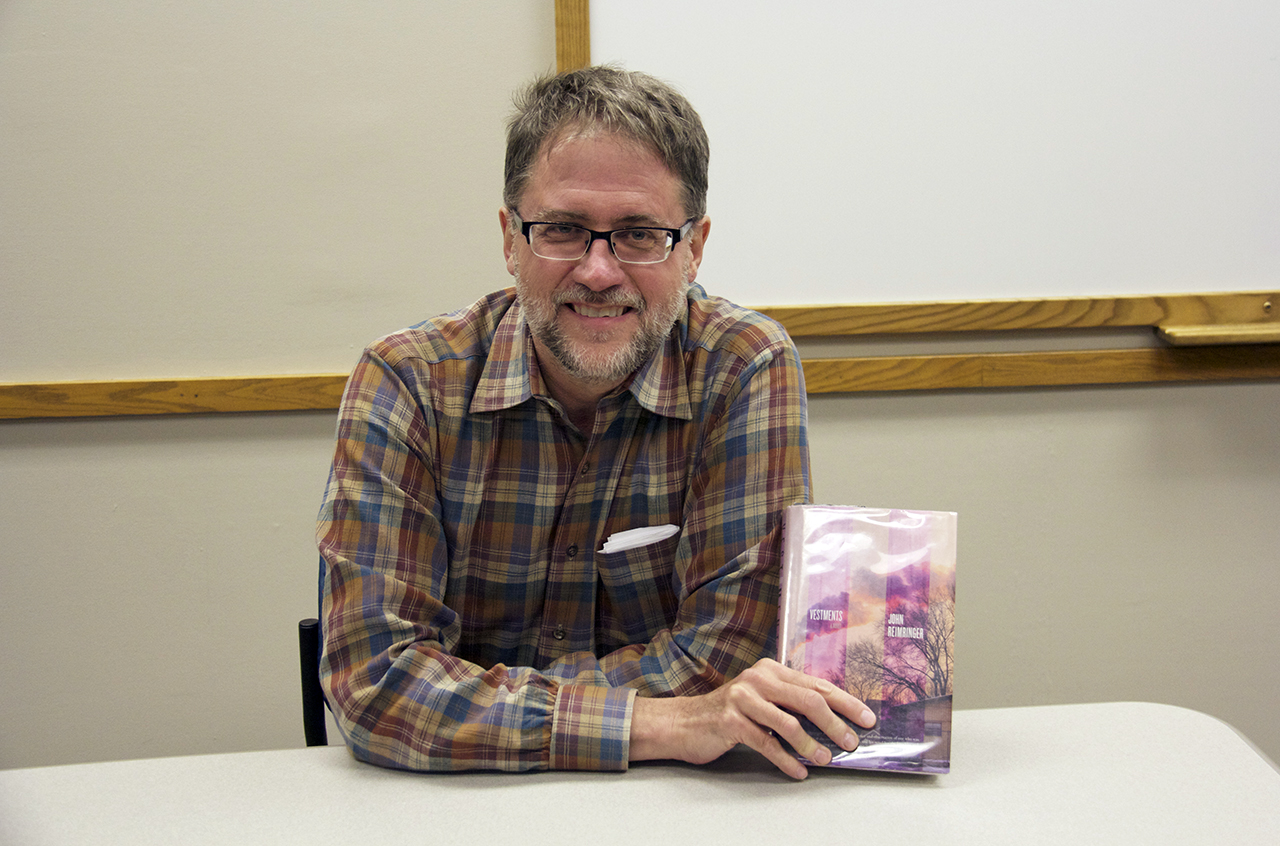 Students and faculty waited eagerly, grazing on a spread of snacks and soda, for the Concordia College Writer’s Festival event to begin.

As the room settled, English professor and event coordinator Vincent Reusch began to speak. Reusch quickly put a rumor to rest regarding a free Corvette, a pony and Doritos that would be promised to students—a rumor that was started by English professor Scott Olsen as an attempt to draw students to the event.

Farrell, a professor of history, American studies, and environmental studies at St. Olaf College, read several sections from his book, in which he described the importance of common sense, the cafeteria, food, watching television and sex in society.

Farrell said he is “interested in why Americans act the way they do,” and that his book “analyzes everyday life of the college student.”

Vandenberg, a professor of creative writing at Hamline University, read poems that related to her domestic life. Vandenberg, who is married to fellow Writer’s Festival guest John Reimringer, read one poem with her husband. Both Vandenberg and Reimringer read as two separate voices within the poem.

Reimringer, who finished off the evening’s festivities, began by explaining that his novel is a love story based off his personal experiences. His novel, “Vestments,” won the 2011 Minnesota Book Award for fiction and was voted Publishers Weekly’s Best Book of 2010.

Students were able to attend classes taught by Farrell, Vandenberg and Reimringer on Thursday. At the classes, the writers were able to talk about and teach about their work.

“I’m always most pleased when the writers make a connection with our students,” Reusch said. “[The festival] is for our students to be able to meet, interact and get to know professional writers.”

English students also held a panel Friday. Students were able to absorb insight into the writing process and were given advice.

“You must be willing to embrace your own weirdness,” Vandenberg said.