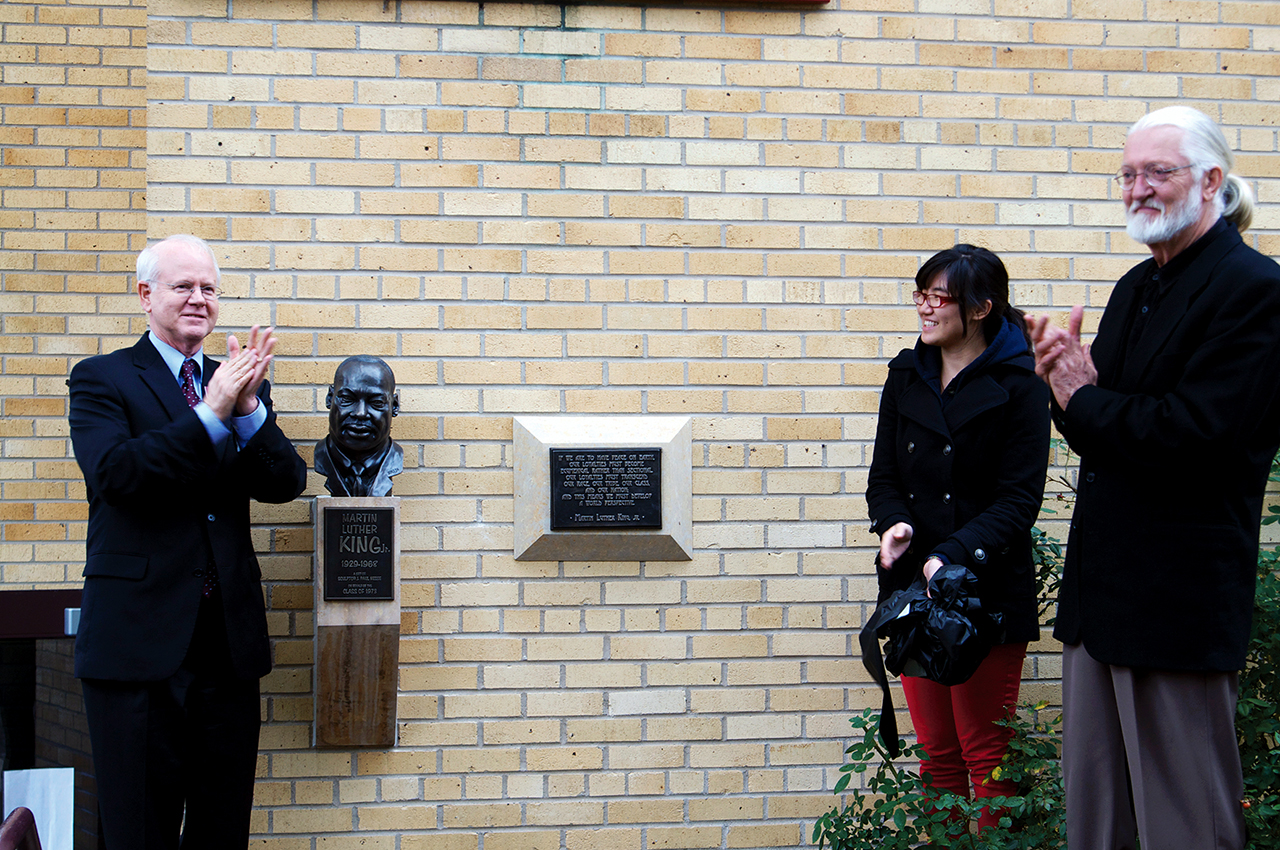 His bust, which had long been displayed inside the King Intercultural Center, was moved outside at last week’s rededication of the center.

“It was always intended to be outside,” said Per Anderson, associate dean of Global Learning. The bust is now accompanied by a plaque with a quote from King’s Christmas sermon on peace in the world.

The ceremony celebrated the re-creation of the bronze bust by Minnesota artist J. Paul Nesse, a former Concordia art major. The ceremony also celebrated some recent improvements to the center which included new paint and furniture.

“We really want to re-establish the importance of this center,” said Anderson.

The rededication ceremony featured guest speakers, including Reverend Walter McDuffy Jr. He presented part of King’s sermon for the audience of students, faculty and staff.

Another speaker was Concordia graduate Earl Lewis, who was present on behalf of the Board of Regents. He spoke about the importance of King’s involvement in the fight for civil rights and gave some comments on what students today can do to make change.

“You live now,” Lewis said. He continued by saying that students should figure out “what it means to you to become the lions of your age.”

Amy Tran and Michael Wilson, co-founders of a new group called Diverse Alliance, also delivered a message. Wilson described the group as “a network of students of all colors.” In addition, Tran said the group hopes to provide a place for student discussion.

As a final portion of the presentation, Aashik Olety, a Concordia student from Bangalore, India, sang what he called Ghandi’s favorite song.

“I never thought I could perform this in the US,” Olety said.

Since the improvements, the center has become a meeting place for student organizations like the Straight and Gay Alliance, the Black Student Union and the International Student Organization. The center also hosts weekly meetings of the Tea House, a time for conversation about various subjects.