Students take to the skies 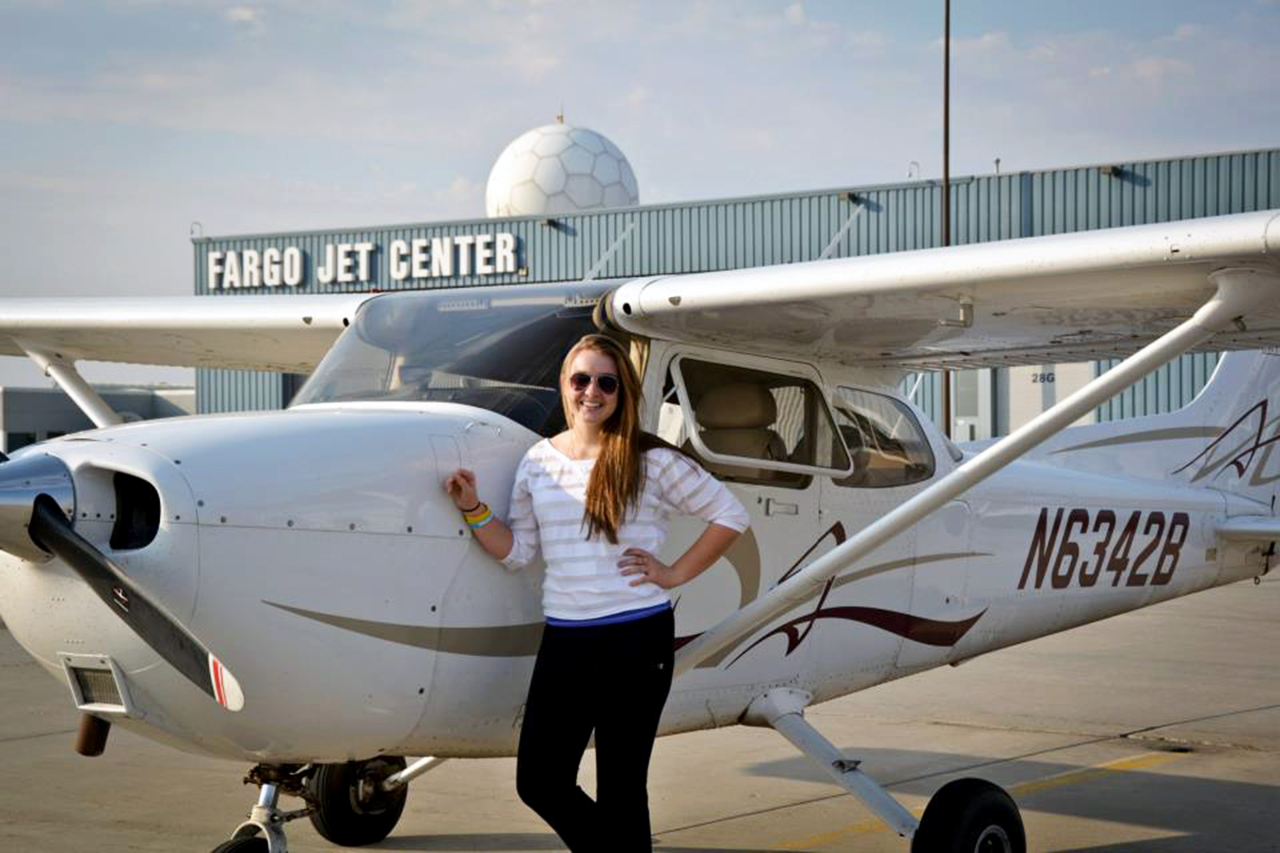 It was a lovely weekend to fly. Temperatures were in the high 80s, the sky was sunny and cloudless, and 20 Cobber freshmen became pilots on the weekend of Sept. 29-30.

These students are in professor Scott Olsen’s inquiry seminar “Adventure, Exploration and Risk.” The class not only teaches about adventure, but also allows students to have adventures themselves.

Among other things (such as scuba diving and sailing), the class offers the opportunity to students to pay $129 in exchange for the chance to pilot a plane. The session lasted 50 minutes and was accompanied by a personal instructor from the Fargo Jet Center. Students temporarily flew their own Cessna jet plane, doing two take-offs and two landings and an aerial tour over the Fargo-Moorhead area.

Freshman Heidi Thom said one of her favorite moments of the flight was when the instructor cut the engines so that they could experience zero gravity.

The tour, Thom said, took them over I-94, over the trees bursting with fall color, over the Red River snaking through the fields, and over Concordia, where she saw her dorm room and the soccer players having practice on the soccer field.

“You see these people running around and chasing a ball, and they’re so tiny,” she said. “You get a new perspective on where you are and where you live.”

Although it might seem a bit nerve-wracking to be in charge of an airborne vehicle, Thom said she was excited the whole time.

“It’s a once-in-a-lifetime experience. How many times are you going to have the chance to say, ‘Hey, I flew a plane’?” she said. “It’s about getting out there and experiencing things.”

This mentality is at the heart of Olsen’s inquiry course. In Olsen’s own words, “experiential learning is the best way to learn.” The class requires a total of thirteen books – mostly adventure novels written by adventurers.

According to freshman Morgan Kelly, the class teaches students to “expand their horizons on what the meaning of life is.”

She pulled the currently assigned book out of her backpack (“Sudden Sea: The Great Hurricane of 1938” by R.A. Scotti) and said, “It’s pretty much telling you that you should get out and enjoy life.”

At the end of their flight, these students left with more than a signed certificate stating their achievement as first flight aviators and the multitude of snapshots taken on their phones and cameras of the miniscule world below. They left with, quite literally, another view of the world.

“It’s kinda like looking up at the stars, except backwards,” Thom said. “You get a humbling feeling.”