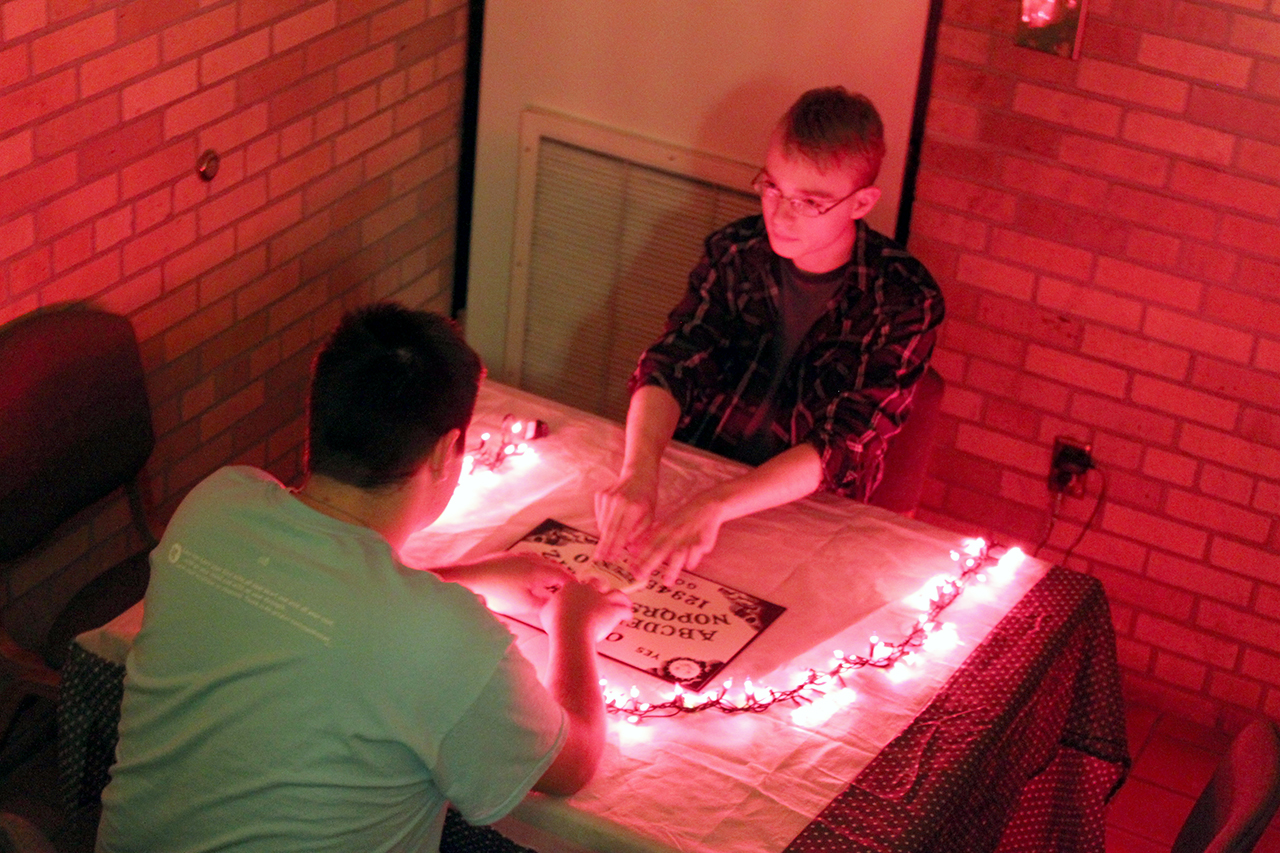 Although spending Monday night scared may not have been on the to-do lists of many students, the haunted maze in the Livedalen basement was the exception.

Students from Livedalen and Hoyum volunteered their nights on Oct. 29 and donned make-up, masks and costumes. The group, sponsored by hall council, put on a terrifying and realistic performance for Concordia students.

This was the second year of the haunted house. Dlugos said that the turn-out this year was comparable to last year. The difference? This year, the Livedalen hall council decided to partner with the Hoyum hall council to create a haunted maze that would have students shaking in their boots – on a budget, of course.

“Knowing that we only had less than 100 dollars, we wanted to have reachable visions that were possible with that budget,” said Joe Dlugos, hall director of Livedalen.

Even though the actors were not allowed to touch the students making their way through the maze, the screaming and surprises were enough to get students to jump back in fright.

A Ouija board (a board with letters, numbers, and “yes” and “no” that is often used in scary movies) was placed outside the entrance for students to try to get in touch with spirits if they chose to do so.

The maze itself consisted of three rooms, in addition to the lounge area of the Livedalen basement. The first room had a mysterious man sitting in a chair, waving as students passed by. The second room (the kitchen) had a butcher scene. If the fake blood wasn’t enough to scare off students, the butcher and his victim screaming and jumping out at students would be enough to make anyone flinch.

Next, a clown came out of the darkness and directed students to the next room. It was filled with volunteers dressed up as dolls. They were holding toy dolls and asked students if they “wanted to play with them.”

In the lounge, one actor sprang out from under a table to scare students. A strobe light, cob webs, fake spiders and eerie figures added to the Halloween theme.

“Hall council is happy to offer a variety of activities and events to our residents,” Dlugos said.