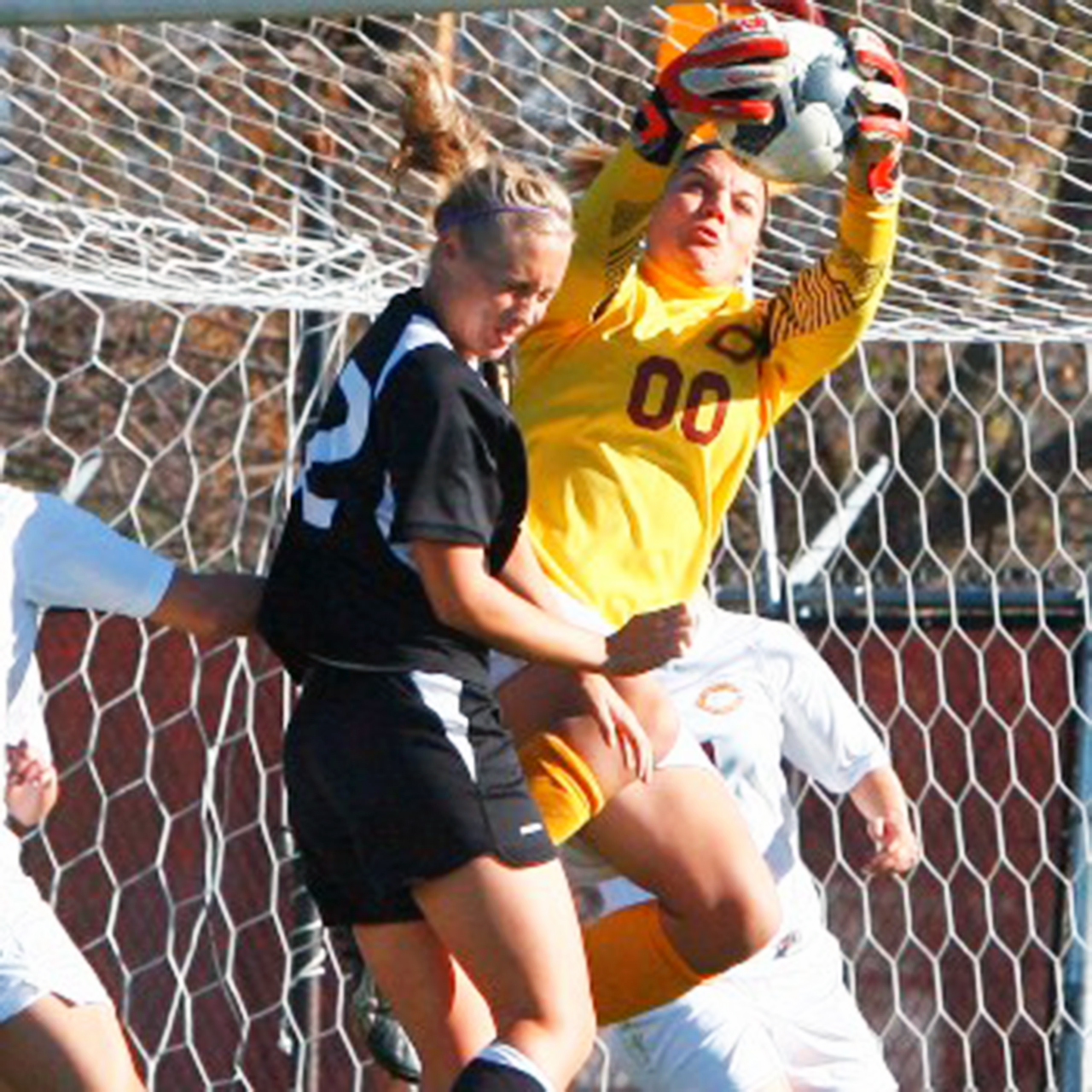 The Cobber women’s soccer team has ended their regular season with a bang as they look towards playoffs.

The women beat St. Olaf last week, clenching the number one seed for the playoffs and earning the MIAC champions title for the fourth time in seven years.

“We’re currently ranked 19th in the country for the NSCAA [National Soccer Coaches Association of America],” he said. “We’ve established ourselves as one of the top teams in the MIAC.”

This is the tenth year in a row that the Cobbers have made an appearance in the playoffs, and Weiler said playoffs are comfortable for his team.

“There can be high emotion and stress that come with playoffs, but we have been through that before,” Weiler said. “We think that will give us an advantage.”

Weiler and his staff have continuously produced championship teams for the Cobber women’s soccer program. He said they look for a good balance between attitude, athleticism, and academics.

“It starts with finding the right girls, [girls] that buy into our philosophy; respect each other, compete against each other and [have] no cliques or disrespect occurring,” Weiler said.

Weiler said the team’s impressive success is due to their great chemistry, but individual successes have also played a part.

Senior goalie Ali Nelson has had an impressive final regular season as well.

She recently broke the school’s shutout record of 36, which was previously held by Britt Reiersgord from 2005-2008, and got her 38th shutout against St. Olaf.

Goalie coach, Joe Larson, has worked with her since she’s been at Concordia.

Larson said that Nelson is so successful in part because she has a good soccer brain.

“Ali is good at getting her team organized on the field,” Larson said.

“She’s the loudest one out there,” he said. “She’s a really calming force to her defenders. There’s a lot of trust back there between them.”

Both Larson and Weiler said Nelson is “as competitive as they come.”

“She likes to get in the zone,” Larson said. “She’ll have a great time, but then focus on the task at hand. She really keeps a level head. She’s done a fantastic job since day one. She doesn’t settle for mediocrity.”

Weiler said that after Nelson secured her 38th shutout at the St. Olaf game, she was quick to give her team credit.

On Saturday, the Cobbers beat St. Bens 2-1. This advances them to the MIAC playoff semi-finals, which will be held at Concordia. They will play St. Bens again.