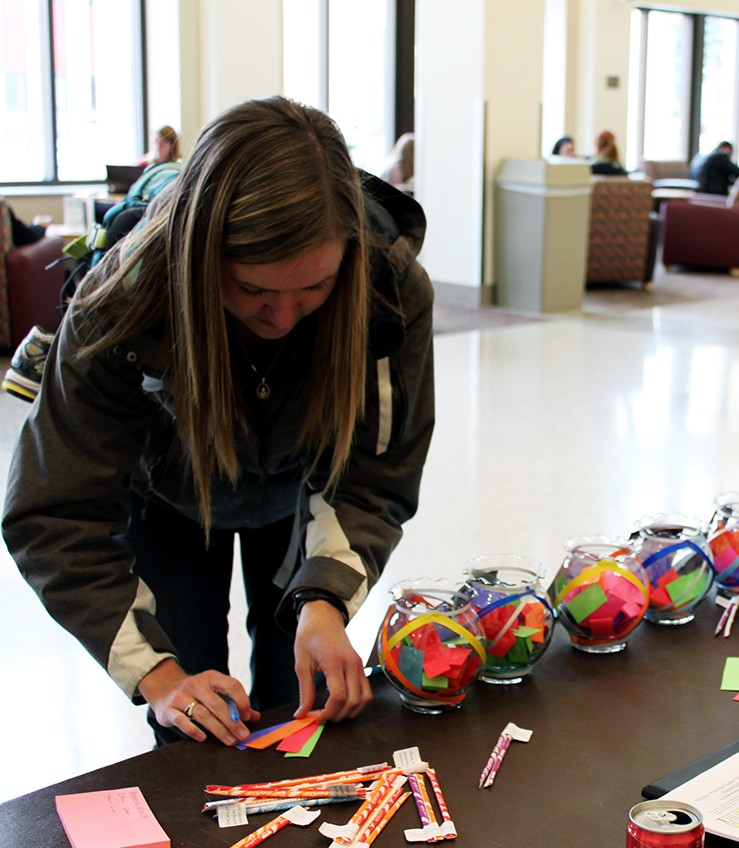 Concordia student organizations have teamed up to raise money for the victims of Hurricane Sandy. Now through Tues., Nov. 20, every dollar students donate will be matched by faculty and staff donations, up to $1,000.

The fundraiser is called the Dollar for Dollar Challenge. Each organization that chooses to participate is given a bucket, which is carried around to collect donations. The top three organizations to raise the most money will win cash prizes for their organization.

Sue Oatey, vice president of Academic Affairs, and Campus Pastor Tim Megorden, along with 12 other faculty and staff members, have pledged to match students’ donations.

After Oatey presented the idea to Megorden, it was a no-brainer for him.

As of Wednesday afternoon more than $1,000 had  been raised. The proceeds will go to Lutheran Disaster Relief, a relief organization of the Evangelical Lutheran Church of America. While many organizations could have been chosen, LDR gives 100 percent of their donations to the cause, Megorden said.

SGA is also working alongside this challenge, but is not directly involved in the competition. Their part of the fundraiser ended on Tuesday.

“We thought a way to put a fun spin on a not so fun topic, was if we took eight people, who are pretty prominent on campus and kind of auctioned them off,” Dymoke said.

Stulac, said this is a great way for students to help the hurricane victims. Getting student organizations involved “hits all parts of campus,” she said. Although spare cash and change is not something that many students frequently have with them, Stulac explained the importance of donating.

“We care about our community (here),” Stulac said, “but it won’t be our community forever. If a crisis ever happened here at Concordia, I would hope that there would be help for us.”