Pangea cultivates the culture of Fargo-Moorhead 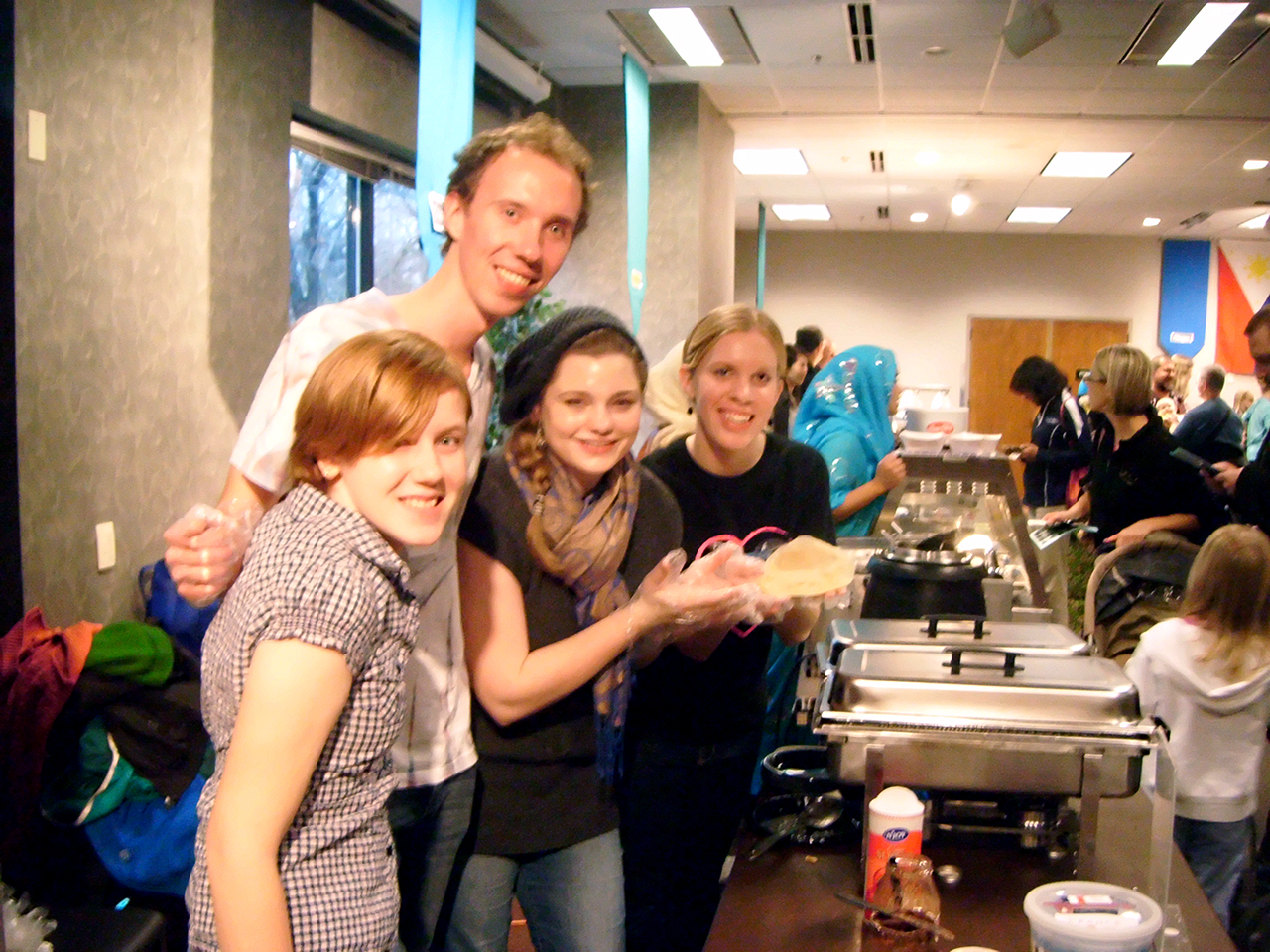 Many different cultures from the Fargo-Moorhead area came together to celebrate at a local event on Saturday, Nov. 10.

The event, Pangea: Cultivate Our Cultures, took place at the Hjemkomst Center. Admission was free and the event was open to the public.

The Concordia French Club and Scandinavian Club both had tables set up at the event, but a lot more work than that goes into the event. For example, the French Club, which has been participating in Pangea for over four years, spent nine hours making crepes on Friday night.

“It’s the best I’ve been to,” said French Club member Steven Kurtz. “There are really good people and good food.”

It was the second year the Scandinavian Club has been participating in Pangea. They sold lefse and had paper dolls that children could dress up in traditional Scandinavian clothes. Norwegian professor Milda Halvorson said it was a good turn out this year.

Circle K, a volunteer-based club on campus, helped pass out programs and greeted people entering the event.  Meanwhile, information was given out about the countries and items such as art were shown off at each of the tables.

“Volunteering was fun because it was interesting to see all the different people and try different kinds of food,” said member Shannon Leipus.

Markus Krueger said that this year’s event, which was the 19th annual Pangea festival, was the best it has ever been. He said that, with an hour left of the event, there were already 100 more people in attendance than last year.

There were more booths this year than the last five years, including cultural booths, information booths and vendors. Free imitation passports made out of paper were given out. Visitors were able to take their passports to different booths and receive stickers that included information about each country.

“Our community, Fargo and Moorhead, has historically been an immigrant community,” said Krueger.  “There are a vast variety of countries represented in the area.”

There were also performances throughout the day. The band The Atmosphere sang African music and danced African dances. Their upbeat songs got the audience dancing and singing along.  Other upbeat performers included a Philippine dance troupe, a community dance with Irish folk band the Dirty Hurlers and traditional dances from India.

Food from many different cultures was available, including dishes from Denmark, France, Greece, Haiti, India, Mexico, Sri Lanka, the Philippines, Somalia and Vietnam.