When you wish upon a Death Star 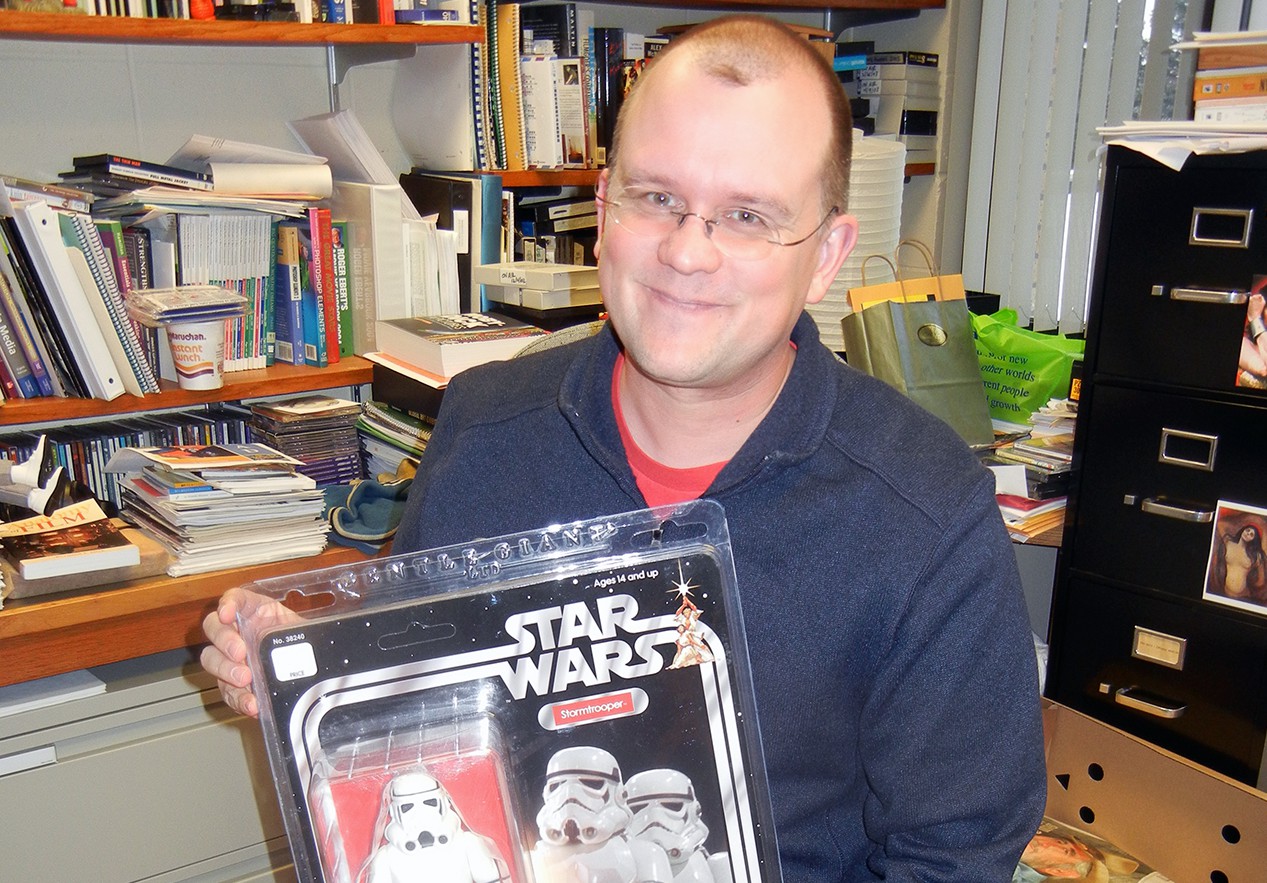 Images of Justin Beiber’s face on Luke Skywalker and Darth Vader wearing Mickey Mouse ears are just a few of the hundreds of internet responses  to the purchase of Lucasfilm by Disney for $4 billion on Oct. 30.

Now Star Wars fans of all ages are turning their thoughts to 2015, the year that the first of a new Star Wars trilogy–“Star Wars: Episode VII”–is scheduled for release, according to Disney CEO Bob Iger. It was recently announced on
StarWars.com that Michael Arndt, director of “Toy Story 3” and “Little Miss Sunshine,” will be writing the screenplay for the new Star Wars film. But questions still remain as to who will direct the film, who will play the characters and what the story will be.

Greg Carlson, a Concordia professor and film critic, was surprised by the news.

“For decades, Lucas has remained fiercely independent,” he said. “I was not expecting it at all.”

However, he said that the deal makes sense considering Disney’s recent purchases of “evergreen” companies–companies that produce material that doesn’t go old–such as Marvel in 2009 and Pixar in 2006.

George Lucas, who said in a statement that he decided to sell in order to “pass Star Wars on to a new generation of filmmakers,” now holds the position of creative consultant. In an interview on the Star Wars home page, Lucas described this role as being “the keeper of the flame,” or the go-to man when questions arise as to what is permissible within the Star Wars world.

Kathleen Kennedy, the former co-chairman of Lucasfilm, will now take the reigns as the division’s president under Walt Disney Studios, answering directly to Disney chair Alan Horn. In the interview, she said that she and Lucas are already sitting down with writers to plan what the future stories will be.

After the initial feelings of surprise, Carlson, a self-proclaimed “unfettered Star Wars geek ,” is excited at the thought of the new trilogy coming to theaters.

Carlson has a storm trooper sitting on his desk that he got for his sixth birthday. He remembers seeing “Star Wars: Episode IV” at the Fargo Theatre with his father in 1977, as well as the 1999 Star Wars Celebration fan club gathering in Denver.

“I had the Burger King action figures, the posters, the bed sheets, the T-shirts,” he said.

Now, 35 years later, Carlson plans to take his 4-year-old son to see Star Wars in 2015. However, he hasn’t forgotten the disappointment many fans suffered with the release of Star Wars I, II and III.

“Star Wars fans have been through a lot with the prequels,” he said. He recalled how he waited in a long line at the theater for a movie he now does not even like to speak of.

“But hope springs eternal with something like Star Wars,” he said. “And I will be ready to get in that line again.”

Star Wars fans of a younger generation have different responses. Senior Tony Sanders said he was surprised or upset about the news.

“Star Wars has been Star Wars for so long and, all of a sudden, Mickey Mouse and Pluto are taking over,” he said, worrying that Disney’s reputation as the maker of “corny kids’ shows” would mar the legacy of Star Wars.

“It’s a bad idea, but it’ll make money,” he said. “I feel like it won’t be Star Wars. It’ll just be another action movie with special effects.”

Paul Cravens, who graduated last year and described himself as a strong Star Wars fan, was hesitant to say what the result will look like.

“We’ll just have to wait and see,” he said. “It’s either going to be really good or really bad. There’s not much room for middle ground.”

Carlson agreed with Cravens that the new Star Wars is facing high standards.

“If you want to make a great Star Wars movie, you’ve got to have a great director, great screenwriter and a great cast,” he said.

The big question running through the minds of fans and filmmakers now is regarding the future director of the movie. As Carlson said, whoever takes the director’s seat for the new film is facing the scrutiny of generations of Star Wars fans. In the interview on the Star Wars home page, Kennedy stated that what they’re looking for in a director is “enthusiasm, a sense of how to tell stories within complex worlds like this (Star Wars) – somebody who really appreciates what Star Wars meant to them, and is ready to dive in and be a part of this.”

Although there are fans who view this decision as Lucas “selling out,” Carlson said that he thinks most fans are pleased with 68-year-old Lucas’ decision to hand over the company in the wake of his retirement. But what Carlson found most admirable was Lucas’ decision to have all the proceeds from Disney’s purchase–which included not only Star Wars but the Indiana Jones franchise, Skywalker Sound, and the award-winning Industrial Light & Magic special effects unit–go towards some form of educational funding.  Whether the funds will go towards the George Lucas Educational Foundation or a new organization is unclear.

In 2010, Lucas issued a statement about his commitment to education. The statement read, “We have to plan for our collective future–and the first step begins with the social, emotional and intellectual tools we provide our children.”

For this, Carlson is willing to forgive Lucas for all the disappointment that Star Wars fans have endured in the past.

“I won’t bear any ill will against Lucas for creating anything as horrifying as Jar Jar Binks,” he said. “I’ll remember him for this.”

Despite the Beiber-faced Skywalker and laments that the new movie could be a disaster, there are Star Wars elements that Carlson described as “sacred” that are bound to generate excitement. Picture the famous opening scroll of yellow-lettered credits sweeping the screen accompanied by the John Williams score and the beloved robots C-3PO and R2D2 returning once again to theaters. Seeing how well Disney has handled the Marvel films, Carlson said, made him have hope that they will do the same with Star Wars.

“Some of us fans will be getting the sequel we’ve always wanted,” Carlson said. “It will be an interesting new chapter.”