Banner fails: A look at the current system and options for the future 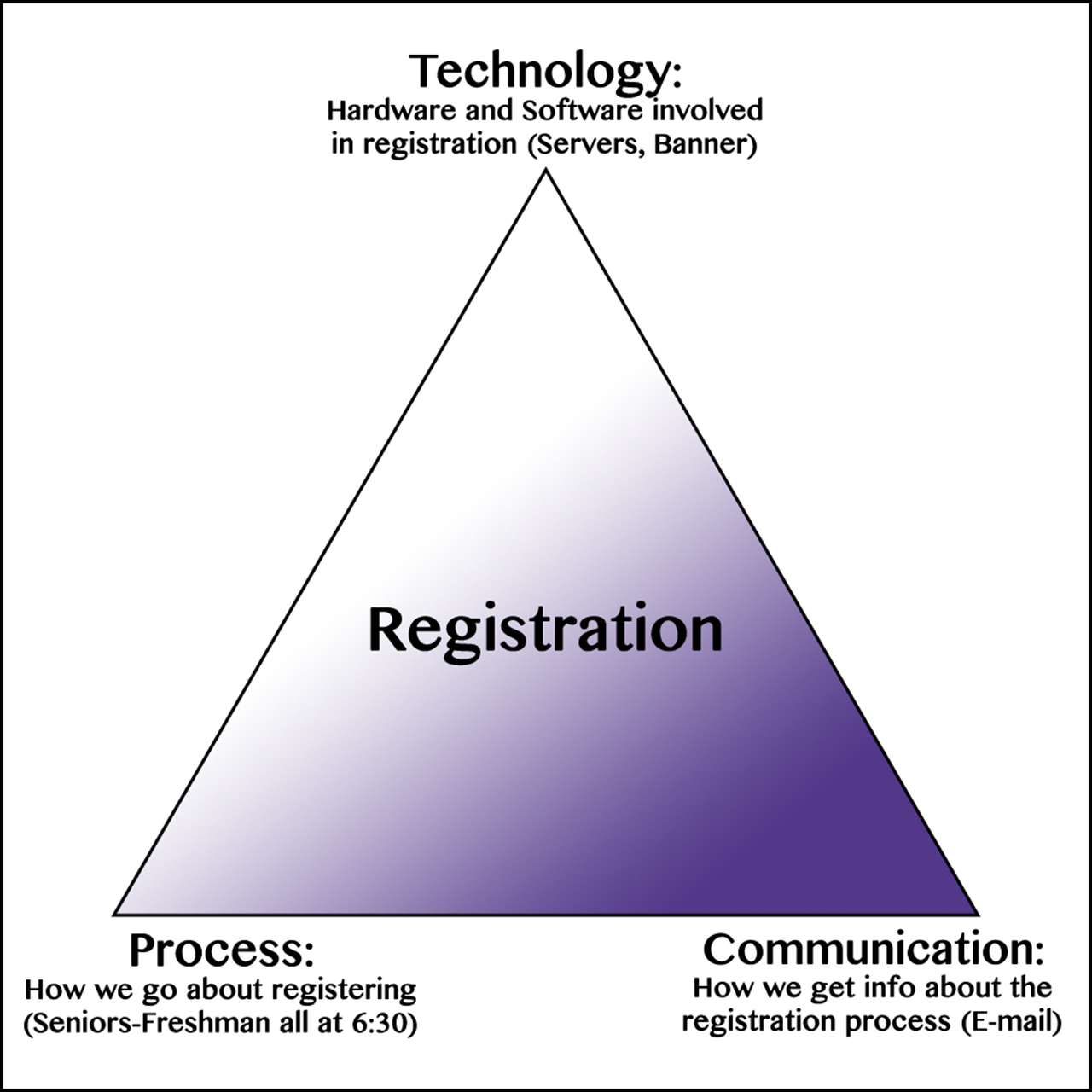 Students were frustrated, parents called in and Bruce Vieweg, chief information officer at Concordia, tried to keep it all under control.

Registration for Spring 2013 became a mess when Banner, the program used for registration, became overloaded and students were locked out. Errors with the system occurred on both Thursday and Friday of registration week as hundreds of students attempted to access the system simultaneously.

“Literally 500 people (tried) at once to use a system that… simply cannot handle 500 people at once,” Vieweg said.

Students were greeted with access denied screens and, on Friday, a message from Vieweg that Banner had become so overloaded that it had to be restarted. The Banner system, which is used by numerous other organizations, had never been this overloaded in the seven years it has been used, Vieweg said.

In the wake of all the frustration and anger that took place, Vieweg and interim registrar Ericka Peterson are trying to find a way to fix the problems that came up this semester.

Vieweg described the current registration system in three parts: technology, process and communication. Each of these involves balancing a large number of variables in order to make registration function.

The technology used to register includes both hardware (the servers used to store data and facilitate our use of the data) and software (the Banner system). According to Vieweg, it would cost an enormous amount of money, upwards of $100,000, to improve this system.

“Would that be a very wise use of resources?” Vieweg said. “I think not.”

As is, there has been a large amount of money put in to improve the system over the past year. One recent upgrade was to purchase a faster hard drive for the system, which cost $40,000. Vieweg said this has already allowed for much faster data processing than before.

The college also must consider the number of factors that go into registering on a technological level. The system is simultaneously processing data on who the students are, what classes they are eligible for, whether there is space in the course and checking for conflicts with previous registrations.

“It isn’t as simple as entering my CRN number and being enrolled,” Vieweg said.

The process of registration includes the order in which students register and other details such as how classes are set up. This involves the work of the Registrar’s office and each and every academic department on campus.

To start with, the registrar sends out requests for class schedules for the next semester. Each department is then responsible for creating a schedule that will suit the needs of their students. According to Bryan Luther, head of the physics department, this process can be difficult.

“The trick for a department like physics is that we serve a variety of different students in different majors,” Luther said.

Luther said that he works with department heads from biology and chemistry to make sure that their courses, which usually include both a lecture and a lab, do not interfere with each other. As of right now, Luther said that they have already submitted their schedules for next fall semester, far before they can predict the number of students who will be enrolled.

In addition, Luther said that his department tries to plan ahead so that students who will need a class at a specific time will be able to get into it. They do this by setting lower capacities for courses. This way, there are spaces left for students to be overridden into. While this may create more stress for students, it allows many students to get into the classes they need.

Graeme Wyllie, who is in charge of scheduling for general chemistry courses, said that the chemistry department’s solution is to create a lab section that does not have a set time. Students who cannot find a lab time that works for them are then asked to register for this ‘to be announced’ timeslot.

“We went out of our way now with waiting lists and with this TBA section to take a lot of the sting out of (registration),” Wyllie said.

Students who register for the TBA section are later sorted into lab sections or a new section is created if there are many students who cannot take the labs that are offered.

Then comes registration day, where students can sign up for the classes they want. Currently, registration is done in four days, each beginning at 6:30 a.m. But why so early? According to Vieweg, this is when the server receives the least amount of traffic, meaning that more registering students can access the system at once.

“We don’t want to be in competition with the regular work day,“ Vieweg said.

Looking to the future

Registration has come a long way from the paper registration that was standard for previous generations. Instead of standing in lines for hours in the gym, students can now stay in their pajamas and, usually, only have to wait a few minutes to register. However, there are some things that are being done to make the system even easier to use.

Ericka Peterson, interim registrar, is working to find new ways to teach students about registration. She said that they are working on how-to’s that she hopes will be more fun and more helpful to students.

“I’ve been thinking out of the box a lot lately,” Peterson said.

There have also been talks about changing the order in which students register. Vieweg has gotten feedback from students who have suggested using a system based off of earned credits. There have also been talks of using a lottery system like the one used for housing sign-ups in spring. Either way, it is the process and communication that are most likely to be changed, not the system.

Students can help to alleviate some of the problems by simply being knowledgeable about the registration process.

Part of the reason that the system had to be reset was that students were attempting to log on directly to Banner. If students are on C-port too long before they try to sign in to Banner, they will be presented with a log-in page. The page requests a pin number that Concordia does not use. Vieweg requested that students who reach this page simply close their browser and start again. Students who try to log in are locked out after five attempts. This year one student was locked out over 180 times.

Students can also plan ahead by creating several extra schedules that they can choose from if their first choice doesn’t work out. This helps to prevent stress on the student’s behalf. It also keeps them from trying to log in last-minute to Banner, which is backed up and unavailable from 4 to 6 am each day.

Vieweg said he understands how stressful registration can be.

“Our goal is to make this as pain-free and stress-free as absolutely possible,” Vieweg said.