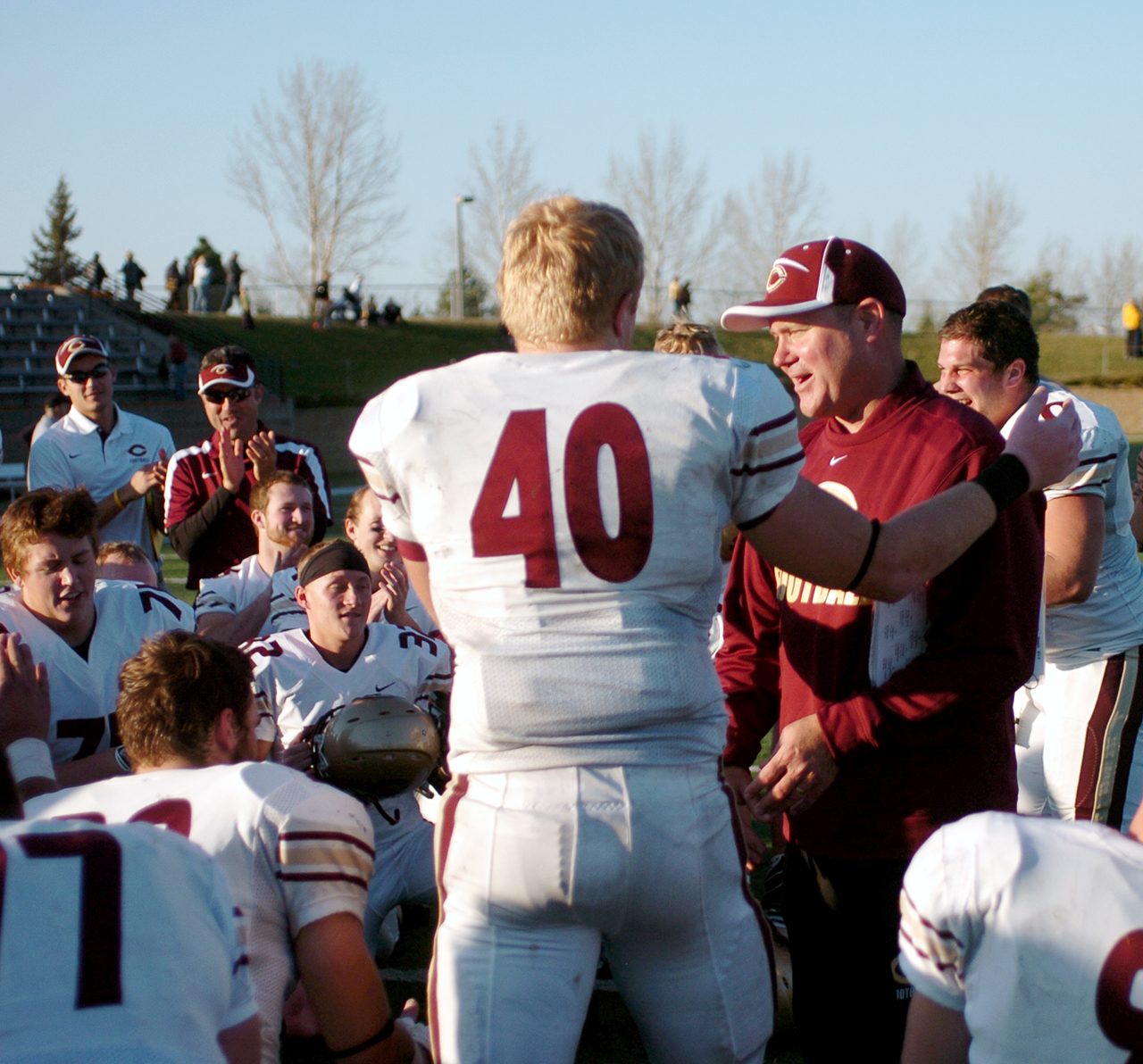 As a senior in the fall of 1988, Terry Horan had his 33rd touchdown and thus clenched the title for most career touchdowns in Concordia’s history. This year, on a sunny afternoon in the Cobber’s final game of the season, senior Brett Baune was able to revel in that same feeling of accomplishment as the Cobbers defeated Gustavus 29-10 and Baune achieved his 34th career touchdown on a four-yard run.

“It’s hard to believe the record stood for 24 years, as we’ve had a lot of good players come through the program,” Horan said. “But, it couldn’t have happened to a better guy.”

A senior offensive lineman, Ryan Filipek, was on the field with Baune during that exciting moment.

“When he knew he got the record, he had the biggest smile on his face,” Filipek said. “It was well deserved.”

Horan said Baune deserves the record because of all the hard work he puts in preparing for the season.

“He’s a kid that’s put a lot of time into making himself as good as he is,” Horan said. “He was certainly a big part of our success this year.”

“He’s always in the weight room putting in the extra time,” Risbrudt said. “He’s an extremely reliable ball carrier, too.”

Baune said the moment he broke the record was really special.

“It was really nice outside, and we really took it to (Gustavus),” Baune said. “It was just an all-around good day.”

Baune said he didn’t feel too pressured knowing he was closing in on the record because of the excellent teammates that were working hard with him.

“I try to work hard while I’m playing because I know the other guys are doing the same,” he said. “They’ve got my back.”

He said he was glad to share the moment with his teammates.

“I just wanted to celebrate with the guys around me,” he said.

As he ran off of the field, Baune said he first met Horan, who hugged him and gave him an enthusiastic slap on the back.

“(Horan) was really proud of me, you could tell he really cared,” Baune said. “You could tell how much he wanted me to break his record.”

Baune credits all of his teammates, and especially the offensive line, for his “fortunate success” throughout his career as a Cobber.

“They’re always there for me and always giving 100 percent,” he said. “It’s only my name on the award, but it’s a team award.”

He said he is also thankful for the coaching staff he’s been privileged to work with over the years.

“(The coaches) have put their faith in me; and I’m thankful for the opportunities I’ve had to be put in situations where I can succeed,” he said.

As a senior, Baune is looking toward the future with plans to attend school for physical therapy. He said he’s going to miss football, though.

“There’s a special relationship between teammates (in football) that’s unlike any other sports,” Baune said. “I’m really going to miss my brothers.”