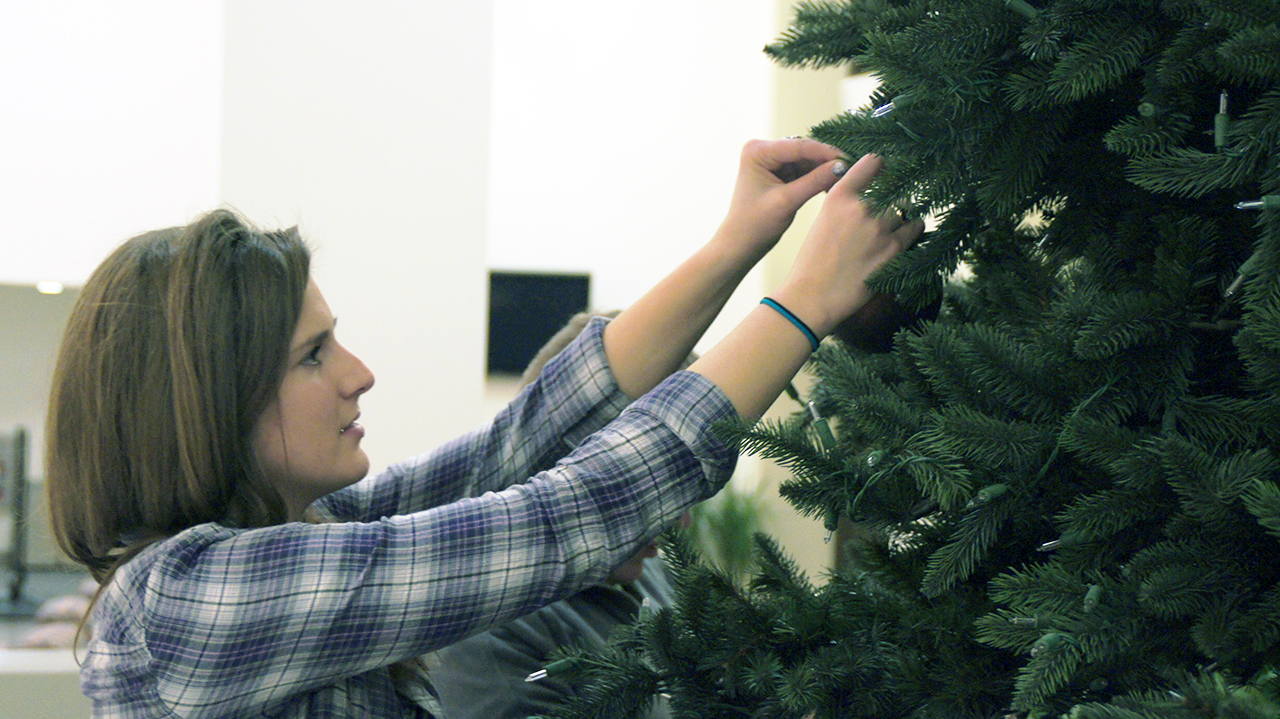 This year, under the Christmas tree, donations will be collected for the Gladys Ray Shelter of Fargo.

At the Student Government Association forum meeting on Nov. 16, the shelter was announced as the recipient of this year’s donations. Donations will be collected under the Christmas tree, which will be located in the Knutson Campus Center atrium.

The tree, which was purchased by the Student Involvement Council last year, was put up and decorated by members of the council. Last year, the council had selected three different organizations for the donations, one for each week. However, this year, Jocelyn Fetsch, SIC commissioner, said that they wanted to focus on just one organization.

“We wanted to pick a place that Concordia doesn’t already have a relationship with,” Fetsch said.

The shelter, which takes in homeless persons who have no other shelter, has requested donations of personal hygiene items, such as toothbrushes and liquid shower soap, and individual microwave meals. Donations will be accepted until Dec. 14.

Sophomore class representative AJ Eckberg said at the meeting that he was making progress on creating a skirt for the tree. The skirt will be in the shape of a ‘C’ and, according to Eckberg, the fabric he chose for it is “lush.”

SGA was also visited at the forum meeting by two members of Colleges Against Cancer who urged them to create a team for the Relay For Life event spring semester.

Other topics that were discussed included plans for Martin Luther King Jr. Day events that are currently pending. SGA members expect to host two keynote speakers, concurrent sessions and an a cappella group on Jan. 21 in celebration.

SGA, Campus Democrats and members of the Student Environmental Alliance are working to eliminate Cobber Water, the bottled water used by Concordia at many of the events it hosts. They are encouraging the college to move to a more sustainable water source. SGA Vice President Colin Sullivan, who is part of the group, said that the elimination is proving to be more difficult than they expected. The group is looking into alternatives, but for the time being they are encouraging students to use reusable bottles.