The current generation of college students has often been criticized for their lack of political involvement. However, a recent survey conducted at Concordia College reveals that Concordia students not only believe that voting is important, but that they believe their votes matter in the upcoming presidential election.

In the aforementioned survey, 80.77% of Concordia students indicated that they believe their votes matter in the upcoming presidential election. When asked whether voting is important, students near-unanimously (95.89%) responded yes. These findings suggest that college students should be lining up outside the polls, yet somehow college students notoriously fail to show
on election day. What we have, then, is a large group of potential voters who believe voting is important, who believe their individual votes matter, and who—paradoxically—do not vote.

If non-voting students believe voting is important, then we ought to critically examine what factors might play into their failure to do so.

College students face a series of logistical problems when trying to exercise their civic duty. First of all, a large percentage of college students reside outside their respective home states. In order to vote in their home states, these students need to acquire absentee ballots—
a process that can be tedious, and that must be completed far in advance of the election. When students can sign their student loans and fill out government forms with the click of a button, why do they have to use the postal service when they submit their ballots? Is it because of the unforgeable nature of handwritten signatures?

A process that could, and should, be conducted electronically instead becomes a hindrance to a generation of students who are, quite frankly, incompetent when it comes to utilizing the services of the USPS. A friend of ours who works at the Concordia post office claims that he teaches people to write addresses on envelopes regularly. But why would, or even should they know how? No one uses mail anymore.

College students who vote where they currently reside also face difficulties. Often newcomers in their respective areas, lacking familiarity with the area beyond their own campuses, many don’t even know where the polls are located. And even if they do, many college students lack transportation. Some colleges are taking measures to get their students to vote, like campus polling centers for students who live in the dorms, but in the case of Concordia’s polling center, at least, students who live off campus are still on their own.

Furthermore, Election Day is traditionally held on the first Tuesday after the first Monday of November. This tradition stems back to an 18th century effort to allow agrarians sufficient time to harvest their crops while at the same time allowing travel before winter storms. To college students—whose schedules are largely outside their own control due to coursework, part-time employment, volunteering, and extracurricular involvement—Tuesday is quite possibly the most inconvenient day imaginable.

Rather than maintaining a tradition that no longer serves any purpose, we ought to consider the needs of today’s voting population in our efforts to ameliorate the voting process in the United States. By moving Election Day to Monday, and making it a National holiday, students who study full time, work part-time jobs, and who are involved with extracurricular activities might get a breather so they can make it to the polls. Those who study close to home might even make it home to vote.

College students are one of the most politically informed demographics in the electorate, and they do care about voting. Yet some political forces continue to make voting unnecessarily difficult for them through laws like the voter ID law on the Minnesota ballot this year. If college students care about voting, then we should be making it easier, not harder, for them to do so. After all, they are also stakeholders in the American dream.

—
This post was written by Austin Keller, Andreas Rekdal, and Calvin Ziegler. 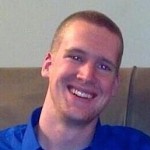 2012-12-03
Previous Post: The reality of presidential elections
Next Post: Collin Peterson predicts the end of the MCCL