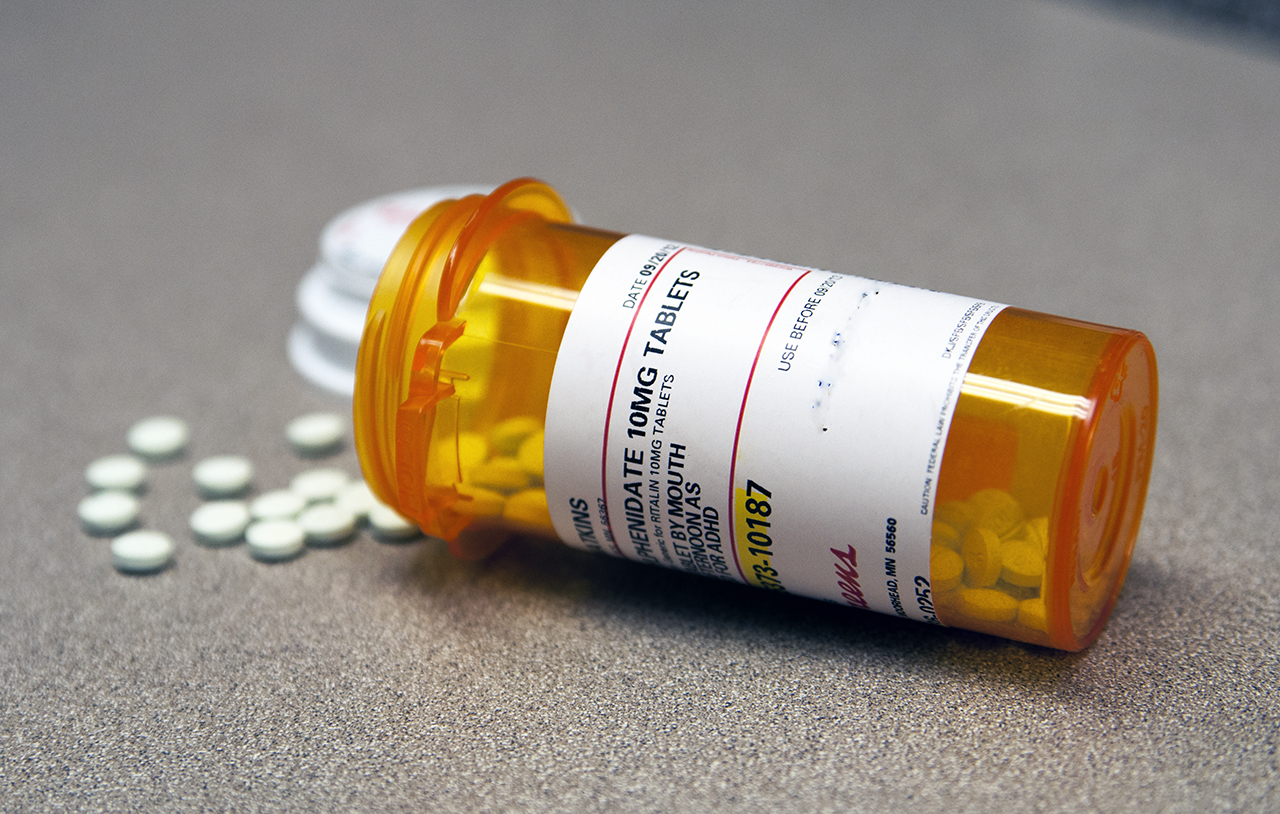 Editor’s Note: Some names of sources have been changed at the request of sources who wish to avoid possible repercussions. These names are denoted at their first mention with an asterisk.

There’s a palpable change in the atmosphere around Concordia’s campus, and one need look no further than the packed library and study spaces around Concordia to see the anxious look on the face of every Cobber rushing to study up and finish projects as this term comes to a close.

Among them are an unknown number of students taking prescription medications like Adderall®, intended for the treatment of attention deficit disorder and attention deficit hyperactivity disorder, illegally in order to boost their concentration and academic ability.

Eric*, a senior, is one of these students. Sitting in the library on Sunday afternoon, Eric downs a capsule of Dexedrine®, an ADHD medication he bought from a friend for $3. Eric said he didn’t feel any moral qualms about boosting his concentration with the help of Dexedrine®.

“What are the ethics of drinking coffee?” Eric said. “We use mind-altering substances all the time. If you’re using it in moderation and not abusing it, there should be no reason not to take it if it helps you out.”

Eric said that he was, in fact, diagnosed with ADHD as a child, and received a prescription at the time, but didn’t want to take the medication. He said he sees no reason to have a prescription now either.

“I feel like it would be irresponsible because I know so many people…who would like to take some of (my medication off my hands, and that would be selling it,” Eric said. “I don’t want to sell it, so I just buy it here and there.”

Jake*, also a senior, was diagnosed with ADHD as a child as well. Jake has a prescription for Concerta®, an ADHD medication, which he takes daily. He compared his mind without the medication to trying to do homework while your roommate plays the radio and watches TV.

“For me, (the medication) is a thing that I actually need to function,” Jake said. “Without it, life just becomes more of a blur.”

Jake admitted that he sells the surplus from his prescription, and also has experience selling a variety of other drugs, including marijuana and hallucinogens. However, he stressed that selling his pills is not something he puts a lot of effort into. He said he doesn’t go out of his way to find customers, and that they usually come to him in the form of friends and acquaintances looking for an “academic advantage”.

Jake said that while he is not engaged in selling ADHD medication on a large scale, his experience with selling drugs has taught him that that world is indeed very real. He said that Adderall® and other related medications are easy to obtain legally by faking symptoms of ADHD or procuring multiple prescriptions. In addition, their legality makes the drugs easy to move, and demand for them makes them easy to sell.

When asked about the ethics of what he does, Jake turned the question on its head.

“I have concerns about the ethics of our educational system,” Jake said. “Maybe we should analyze why people feel they need this stuff to stay ahead, to stay competitive.”

Jake said that while the usage of ADHD medications for academic enhancement is present on Concordia’s campus, he doesn’t think the percentages of students who take or have taken it is very high.

Jake’s speculations turn out to be correct nationwide, according to a 2005 study by the University of Michigan Substance Abuse Research Center and Harvard Medical School. The study found that 6.9 percent of US undergraduate students had used Adderall® for non-medical purposes, either to boost concentration or to get high.

Senior Jen Buchanan is among the other 93.1 percent. Buchanan said she has never tried Adderall® or any of its cousin pharmaceuticals, but said that she knows multiple people who have and is not necessarily opposed to it.

“I don’t view it as a problem drug,” Buchanan said. “It’s not like I’ve made a conscious decision not to (use it). I’ve just never really needed it…Why would you need a performance-enhancing drug when you’re already performing well?”

She said that using a prescription medication to get her schoolwork done wouldn’t be the same.

“If I did do it to accomplish a bunch of things, those accomplishments wouldn’t feel as great,” Buchanan said.

Buchanan took a psychology class her sophomore year on drugs and behavior, and said that what she has learned about Adderall® in the class has shaped how she views its use. She cited studies that chalk the non-therapeutic effects of Adderall® up to placebo effect. These studies say that Adderall® is intended to raise or lower individuals with chemical deficiencies or excesses to the chemical balances of a “normal” brain. They speculate, therefore, that Adderall® usage among people already operating at a normal, base level would have no effect, and therefore presume that the boost of concentration reported by individuals taking the medication non-medically is simply a false feeling.

“Just knowing that it could be placebo is a deterrent for me,” Buchanan said.

Access to the drug, Buchanan said, is a non-issue.

“I think that anyone could get it if they knew who to talk to,” Buchanan said.

That may be true, but the University of Michigan study shows that Adderall® usage has a specific demographic. Male students are more likely to use it than female students, as are members of sororities or fraternities, students from affluent backgrounds, and students at colleges in the northeastern United States. The study also found that the average Adderall® user typically has a lower grade point average and is more likely to engage in other drugs and risky behaviors.

Not all people who use Adderall® for non-medical purposes do so to boost their mental performance. Some use it in conjunction with alcohol and other drugs when partying. Eric said he had experience with this, having taken several Adderall® once at party his sophomore year where he also drank alcohol and smoked marijuana. He said the reason for partying under the influence of drugs like Adderall® is to get pumped up and stay awake later. However, Eric said has no interest in taking the medication while partying in the future.

Buchanan said that using Adderall® in conjunction with alcohol can be dangerous as Adderall® causes dehydration, which can make the effects of alcohol more pronounced and increase the chances of getting alcohol poisoning. Adderall® can also prevent a person from realizing how drunk he or she is Buchanan said.

“It’s dangerous to mix any med with alcohol, whether its Adderall® or any other ADHD medication,” Ross said.

Jake said that a friend of his who used Adderall® to party became addicted to it. The friend lost a lot of sleep as well as weight, as Adderall® suppresses the appetite. However, Jake said he does not feel that addiction is as widespread as the media portrays.

“I don’t think that [addiction] happens on the scale people think it does,” Jake said.

He also does think that drug use should be as stigmatized as it is in society.

“[Drug use] is all over,” Jake said. “People just don’t realize it, but it’s happening all the time.”

He told a story of a friend who got upset when she found out he used drugs and confronted him about it.

“I was like, ‘You’ve known me for years, and this whole time I’ve been doing this,’” Jake said. “’You thought I was a good person then. Aren’t I still a good person now?’”

Jake said that he feels many drugs should be decriminalized and destigmatized. He feels that proper regulation of drugs by the government would be the best solution because people are going to continue to use substances, including Adderall®, regardless of their legality.

“In the end, I feel that people will do what they feel they need to do, what their bodies need,” Jake said.

He said, however, that it is important with Adderall® as with all drugs to be informed about what one is doing before one does it.

“In general, I would just encourage people to be educated and aware about what’s happening to your body when you take it,” Jake said.

Editor’s Note: Reference to commercial products or trade names is made with the understand that no discrimination is intended of those not mentioned, and no endorsement by The Concordian is implied for those mentioned.