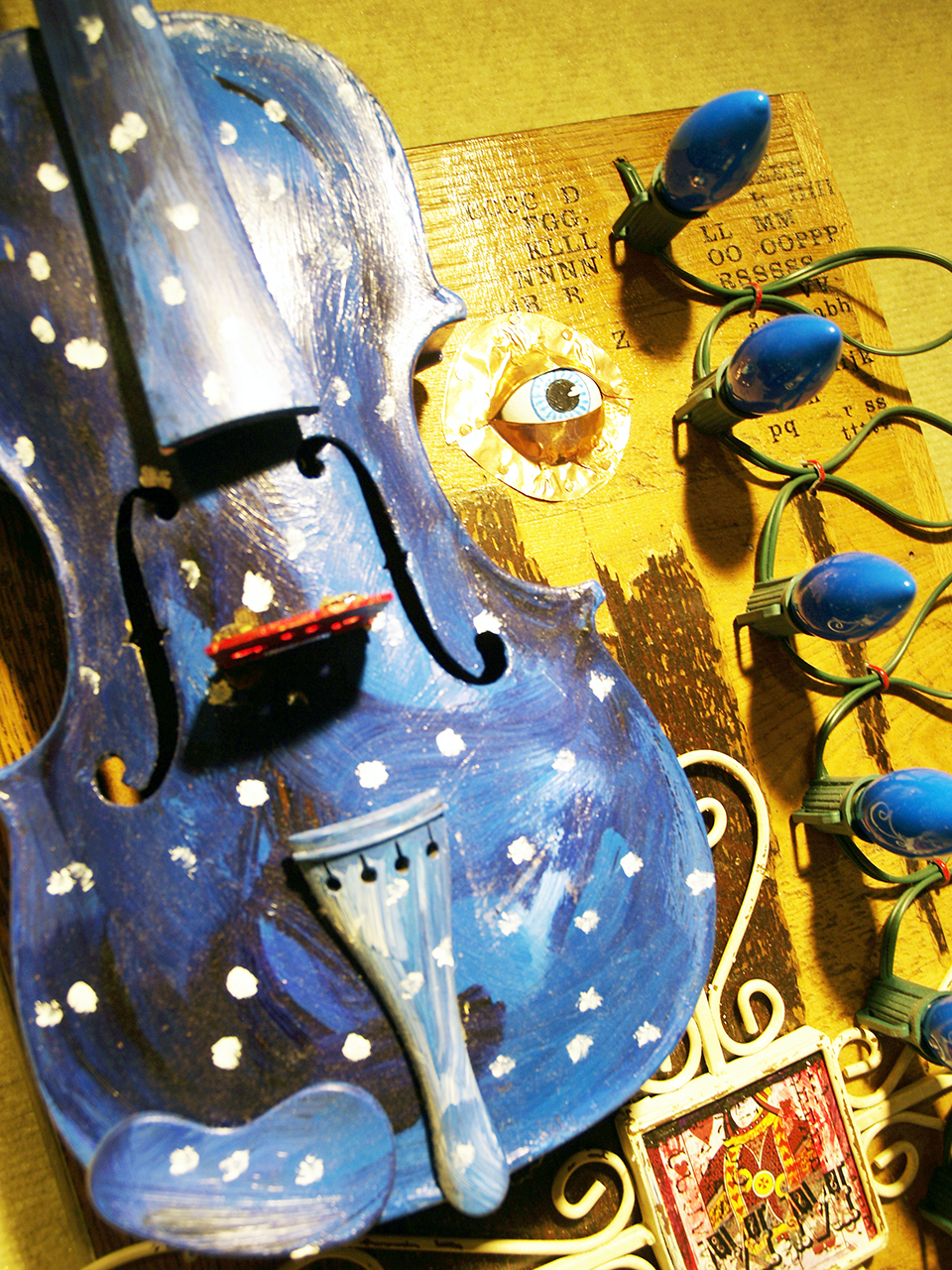 The exhibit mesmerizes viewers as Barrows’ colorful, detailed and theatrical works are accompanied by the cascades of 1930s music. Works of mixed media, elaborate costumes, scenery models, paintings, masks, costume rendering and more are presented in the exhibit. Old trinkets are fused together to make massive works of creativity and inspiration. Barrows’ works tell stories that celebrate theatre as a profession and the theatre in everyday events and objects.

This is Barrows’ second showcase at Concordia College and he holds the title of the only non-art faculty member to have an exhibit here.

“The term ’-ophilia’ is the love of something,” Barrows said, “and so I wanted it to tie into theatre so that it was inclusive. So that it had theatre drawings and the models, the set design and all that theatre design, but also the other artwork that in itself comes out of theatrical things.”

And his exhibit does just that. Props, idea sketches and models are prevalent here along with other objects and works never used for any actual play, but which seem to be inspired by a theatrical life.

Barrows said that, as he is out and about in everyday life, he finds himself buying all sorts of trinkets and fun little objects.

“They just accumulate,” he said. “I just kind of find them. And then there’s some times where I buy little bags of stuff from flea markets and antique stores and stuff like that.”

Many of his works are inspired by his finds. Because Barrows sees theatre in everyday objects, his inspiration comes from everything and anything.

“In a sense, I don’t have any choice because I want to get that stuff out of my mind,” Barrows said, “so that I can make room for other things.”

As many artists would probably agree, deciding what thought or idea to begin and produce first is one of the most difficult tasks. According to Barrows, there are many things that go through an artist’s mind. As far as starting a project goes, Barrows said he tends to just dive in.

“I just kind of go for it,” he said. “There’s a lot of thinking that goes into it beforehand. A lot of thought and collecting and sometimes after I start there’s even more collecting to be done.”

Barrows has taught classes in the past and is now in charge of a theatre work program. He said that, to him, there is no difference between his artistic side and his academic responsibilities to him. Barrows finds no trouble at all in combining the two.

“If I was working on something, it just kind of became part of the class so that they can see,” he said. “Just do it. Just pick up that brush and do it. Because art is so subjective and so easily judged. What make it’s perfect and great is your ability to go, ‘There it is!’”

Barrows’ ability to do just that and be proud of his finished projects is established as he showcases his works for all of the Concordia community to see. In this inspirational exhibit, Barrows captures the audiences’ attention with curious and confusing works that offer both curiosity and inspiration.

“I get a lot of gruff,” he said, “because I make it look effortless. But that’s because nobody sees the other side of it –the thought.”

This article was submitted by Beth Meemken. She can be reached at emeemken@cord.edu.