“While I love cycling and embrace it in all its forms, I’m also extremely critical.”

This is the first of a total of four sentences with which Eben Weiss, more commonly known as BikeSnobNYC, uses to describe himself on his blog with the same name. He then spends the next two sentences assuring the reader that he means no harm by his critical attitude, and ends his description with an encouragement to cyclists everywhere to “always keep riding!”

Weiss’ first book, Systematically and Mercilessly Realigning the World of Cycling can probably be best described as a bitingly sarcastic “Cycling for Dummies.” Drawing on the Snob’s lifelong obsession with cycling and bicycles, the book serves as an introduction to the cycling world to those who are bike-curious, and provides insight into the mind of a cyclist for those who wish to understand their bike-riding friends and loved ones. Throughout, Weiss covers the history of cycling, the archetypes of cyclists, and lists the investments needed to become one (along with a more extensive rant about what you don’t need). The remainder of the book is a collection of useful tips and tricks for the born-again cyclist (let’s face it, we were all cyclists once) on surviving encounters with adverse weather, traffic, other cyclists, theft, and so on.

Mercilessly Realigning resuscitates a long-dormant interest in biking, even in someone who hasn’t biked more than half a dozen times since mountain bikes were cool. Its tongue-in-cheek style and its vivid descriptions of phenomenon unique to bicycle culture makes it a worthwhile read for anyone with an interest in bicycles, cyclist friends, or a few hours to kill and a love for sarcasm.

(In case you wondered, Matt Hansen, the editor of this blog, is a Europhile Righteous Cyclist: an aspiring urban planner well versed in civic issues, with a firm belief that a world with more bicycles is a better world for all of humanity) 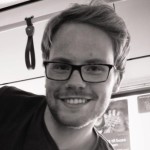