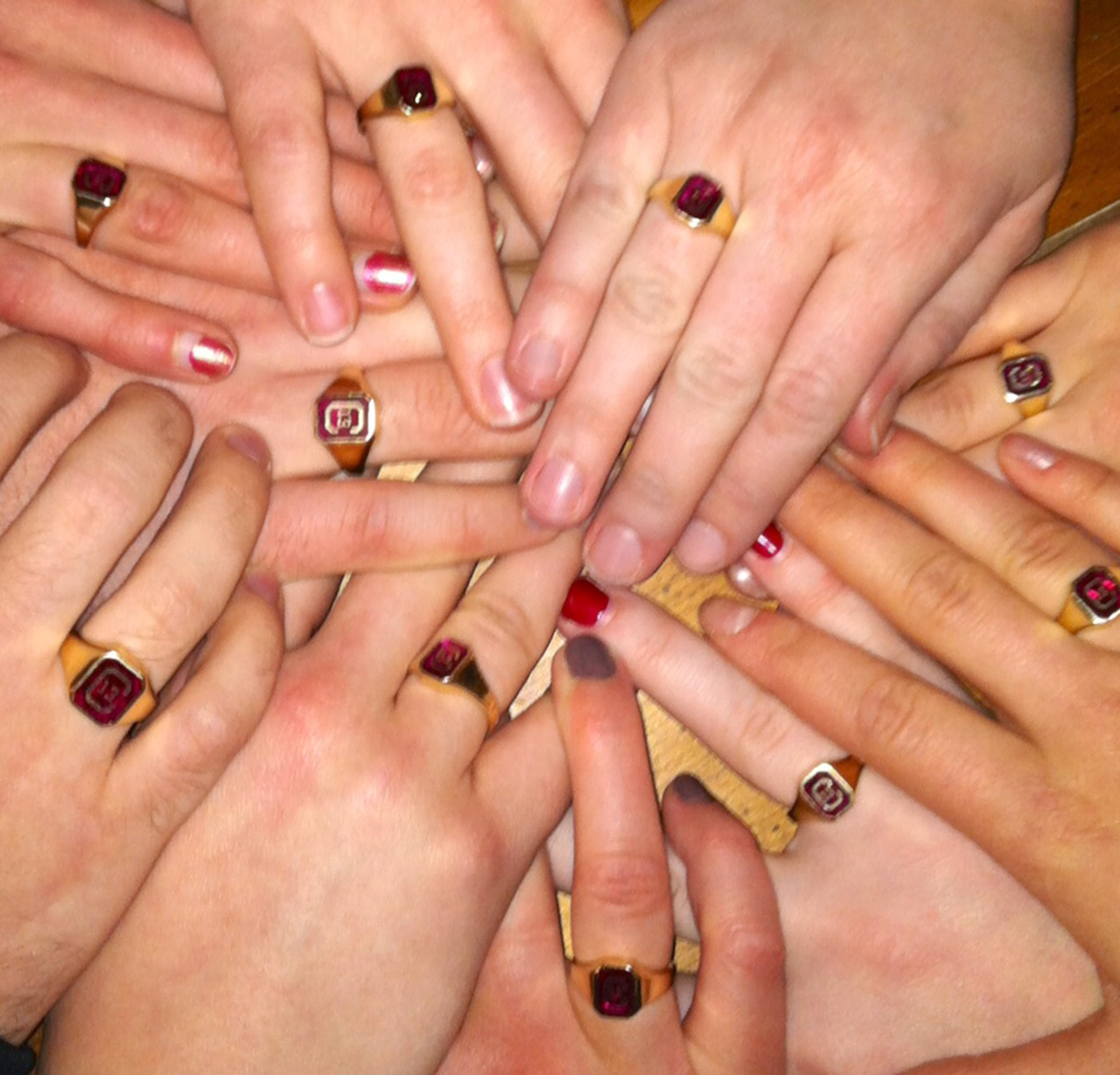 Miss North Dakota may not have won the hearts of the Miss America judges this year, but she made her alma mater proud.

Rosie Savageau, a 2010 graduate of Concordia College and Miss North Dakota 2012, represented her fellow Cobbers in Las Vegas, Nev. on Jan. 12 at the Miss America competition.

While Savageau did not advance to the televised portion of the competition as one of 15 semi-finalists, she won the talent portion in the preliminaries on Jan. 10. She performed Bob Dylan’s “To Make You Feel My Love.”

Savageau traces her love for Bob Dylan back to age 15. Choosing to play piano and sing the song was a natural choice, she said. While she was not nervous for the actual performance, Savageau said she was nervous about the response to her talent.

Traditionally, she said, contestants do not play the piano and sing—it’s one or the other. However, they have both been a part of her Miss North Dakota platform this past year, as she has traveled around the state playing and singing in schools to share her message of diversity.

She said she did not want to “sit in a mold of what a pageant (talent) has to be.” Savageau had to work to convince and reassure people it was going to be okay.

And for Miss North Dakota, it was okay.

Winning comes down to the right time, day and set of judges, Savageau said. She felt nothing but gratefulness for the judge’s response to her performance.

Meagan McDougall, a senior at Concordia, attended the competition and was in the crowd when Savageau won the talent performance.

“I was bawling while it was happening, and I bawled again when the award got announced. It was a really proud moment to be a part of,” McDougall said. “To just know that that was our girl.”

Savageau said the audience during her performance was the biggest crowd she has ever performed in front of.

“Cheering for Miss ND…You don’t have the bigger crowds. There were four of us and we were screaming our heads off,” said McDougall. “It was fun to see the little spots of us North Dakota people in the sea of the really big states that were up there. Just finally having our girl recognized.”

After the talent competition, McDougall was able to see Savageau.

“I went to give her a hug and I noticed the only ring she had on was her Cobber ring,” she said. “I know she’s a proud Cobber.”

Savageau’s fellow Cobbers were cheering her on back home too. She served as an orientation leader during her senior year at Concordia. Some members of Club 3, who are now seniors, got together to watch the Miss America competition.

“We had a group of people at our house watching it and we took a picture of our Cobber rings and tweeted it at Miss America that said ‘Rings for Rosie’,” said Jocelyn Fetsch, a member of Savageau’s Club 3 orientation group.

Savageau began doing pageants during her senior year at Concordia. Miss America is one of the largest scholarship organizations available, which is the primary reason Savageau chose to get involved, she said. By winning the talent competition, she also won a $2,000 scholarship.

Savageau’s duties as Miss North Dakota will come to an end in June. After that, she hopes to become more immersed in the music field. As Miss North Dakota, she has been traveling around to different schools, from elementary to colleges, to talk about diversity and use her music as a tool in sharing about it. Since taking the title of Miss North Dakota last year, Savageau said she has talked to more than 6,000 students.

While the visits have been on hold for the past month, she begins again next week in Williston, ND. Savageau said she will transition out of her role as Miss North Dakota with a concert series in the spring.