Getting pumped-up with pregame traditions 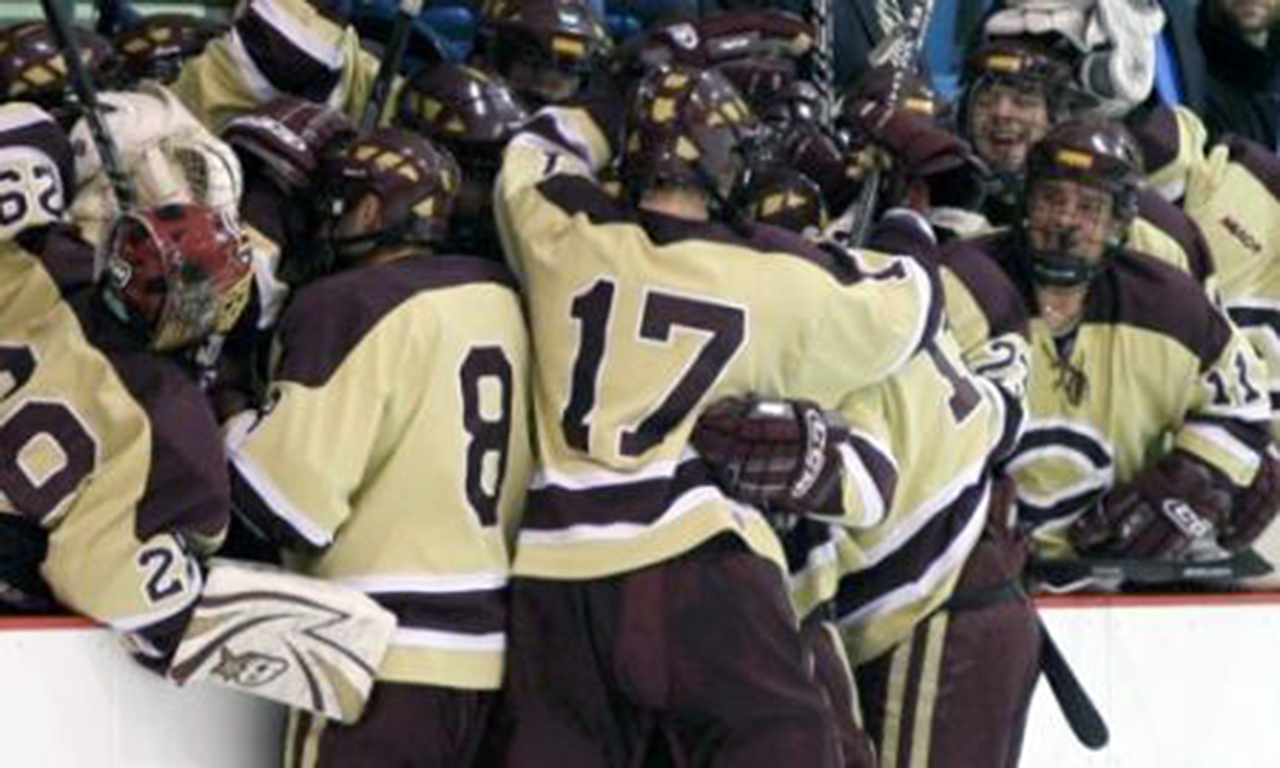 With an 8-10-1 record, the Cobber men’s hockey team has seen their share of ups and downs so far this season, but that hasn’t stopped them from having a good time getting pumped up for games with their pregame rituals.

“During warm-ups before each game, we all jump around and get in a big circle,” said team member Dan Hrabowych.  “There’s, like, techno music playing and we each take a turn going in the middle and doing a jig.”

“He lays out the game plan, motivates us, and tries to get everyone’s head in the game right from the start,” Velich said.

Velich also said that afterward, Howe gives the game puck to the player he feels had the best game that day.

“You know, if the goalie has a shutout, or someone scores the first goal to get us on the board, he’ll give them the game puck,” Velich said.

Howe said he has other rituals as well.

“I never go out for our warm-up,” Howe said. “I stay in the dressing room and listen Kiss ‘New York Groove’ and Jay-Z— ‘Empire State of Mind.’

The two teammates said all of the guys have some individual rituals of their own, too.

Hrabowych said he tapes his stick before every game.

“It always has to be heel to toe, and white tape for home games. Always,” he said.

Velich said he feels that he is superstitious, too.

“I have to listen to the same song before every game,” he said.

Velich said the song he listens to varies depending on whether or not the Cobbers lose.

“If we lose, then I’ve got to switch up the song I’ve been listening to, to start a new streak,” he said.

Velich said his pregame attire has also become a part of his game rituals. Velich said he always wears the same dress shirt to games, unless they lose.

“Same as the songs I listen to, if we lose when I’m wearing a certain shirt, I won’t wear that one to the next game,” he said.

Hrabowych said he always takes a pregame nap, and wakes up to a song that gets him excited.

“My alarm is ‘World’s Greatest’ by R. Kelly,” Hrabowych said.  “It really pumps me up.”

Hrabowych’s superstitions follow him onto the ice, he said.

“I have to go first in the first warm up drill we do, and I won’t leave the ice until I’ve hit the net post,” Hrabowych said.

The Cobber’s rituals didn’t work in their favor last weekend as they fell to St. John’s on both Friday and Saturday, but they’re hopeful that Velich’s change of shirt will turn things around this weekend as they take on Gustavus. Both games against the Gusties will be played at home in the Moorhead Sports Center on Friday at 7:00 p.m. and Saturday at 2 p.m..