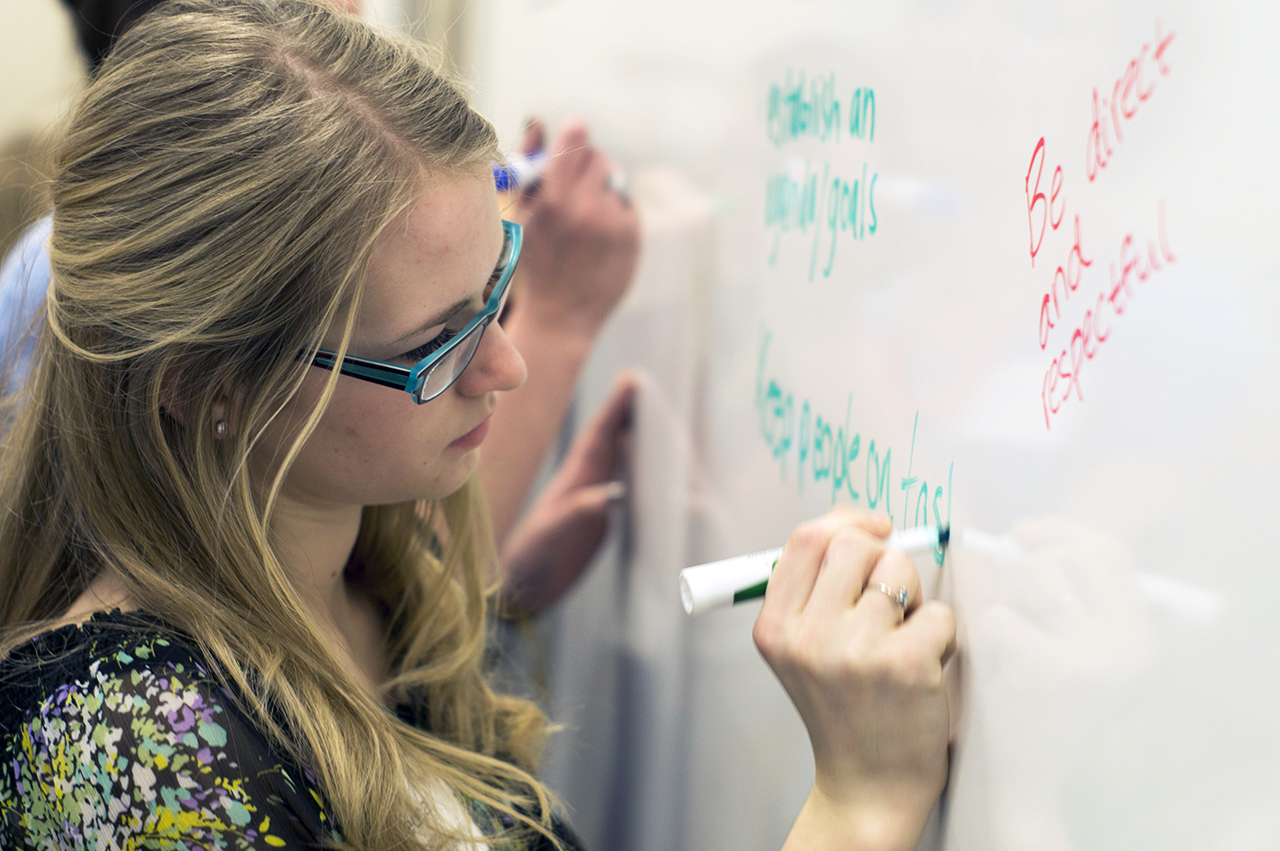 “I think leadership, for me, was an overwhelming thing—but it’s an essential part of life,” said Rachel McMartin, a member of the Fuel the Fire buzz team. “LeadNow® made me realize that everyone can be a leader,” she said.

LeadNow®, a program uniquely designed for Concordia, facilitates sessions that enhance leadership abilities and make leadership accessible to the students attending. These hour-long sessions include a miniature lecture, group activity, discussion and reflection.

“Students are challenged to think in a different way at Fuel the Fire,” said Kaia Lunde, the 2013 Fuel the Fire intern. Lunde was responsible for the planning of the event.

This year’s keynote speaker was Kristi Weiser, a global program executive at IBM. Her lecture revolved around being a leader on a global stage, giving examples of what not to do. Weiser’s lecture utilized sarcasm and humor to get its point across.

“There was a lot of laughing,” Lunde said.

The conference included time for students to network with 65 Concordia alumni involved in different careers. Mackenzie Lindquist, a sophomore who attended Fuel the Fire, said meeting with alumni opened up honest discussions about leadership in the work world.

“She was real about it,” Lindquist said. “She had some really good life advice.”

This is Concordia’s eighth annual Fuel the Fire conference since it began in 2006. LeadNow® officially began in 2007.

Lunde stressed the importance of going to conferences like these and applying its lessons to everyday life.

“Leadership is not always easy, and it takes practice,” she said. “You need to think of practical ways to use what you learn.”