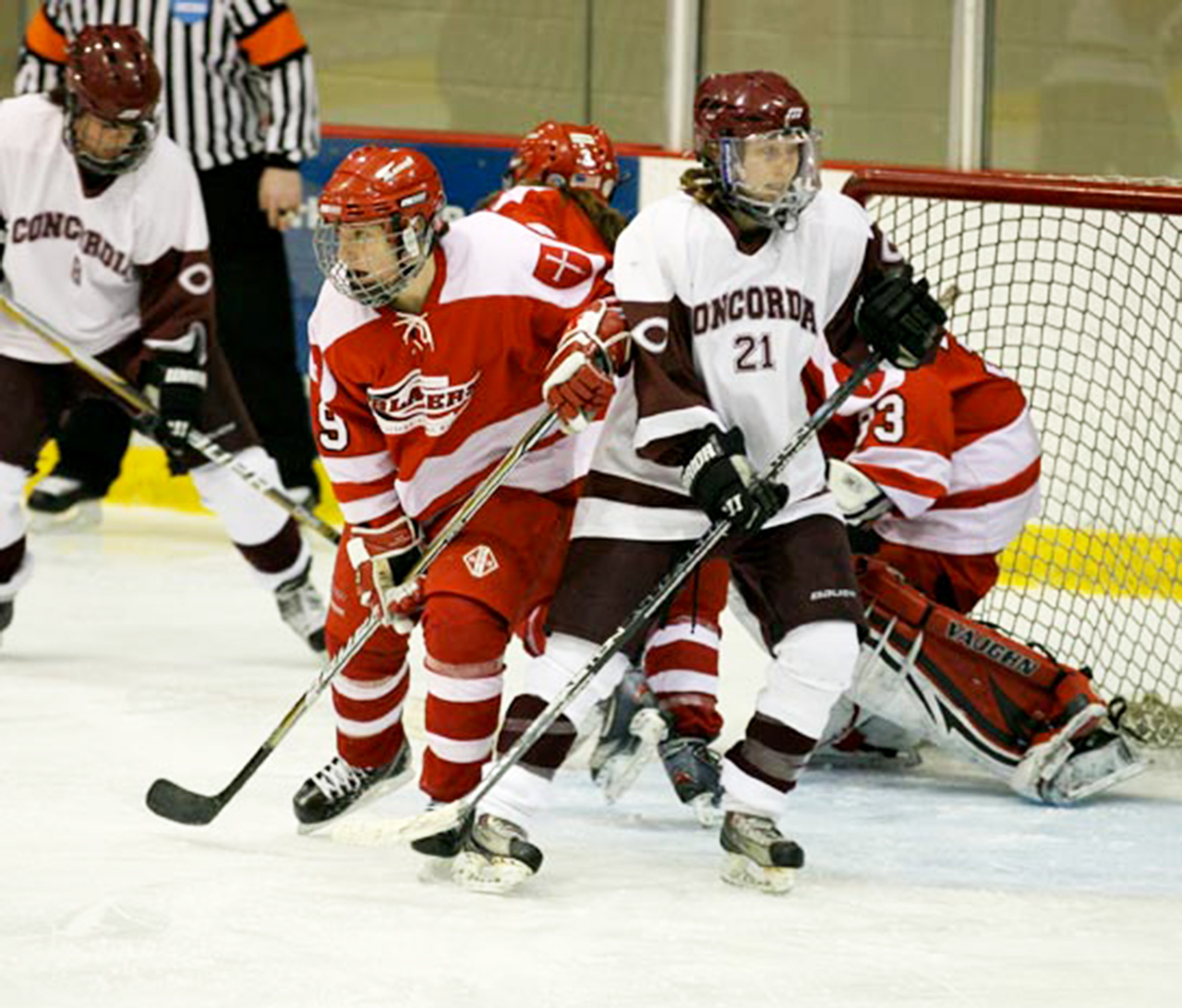 This season has been challenging for the Cobber women’s hockey team. Playing ten of their 14 games on the road, the women have had to adapt to a different rink almost every week. Though this arrangement isn’t ideal, head coach Brett Bruininks said he has been pleased with the make-up of this season’s team.

Bruins said he felt this “particular match showed how serious the women are about the game.”

The downside of having numerous away games, forwarder Breann Julius said, is that fans aren’t always able to travel to support the team.

Julius gives her teammates credit for keeping her sprits high this season while traveling.

“Having the team there makes me happy.” Julius said.

Pre-game rituals help to bring the hockey team together before games, and individual players also have their own traditions.

“Before games we do chant, and I usually go to a  (quiet) place and think about the game,” Rebecca Wright said.

While the Cobber crowd at away games is often limited, traveling for games does bring out the players’ families, who come to support their daughters and siblings. Since fellow students are not able to come to away games all the time, the girls enjoy being surrounded by their families while playing far from school.

Bruininks said that the women’s hockey team has been able to adapt to the changing scenery this season.

“Our athletes are competitors and venue isn’t really a factor.”  Bruininks said. “Although we like playing in front of our home crowd, we are programmed as athletes to compete in any environment.”

Bruininks said he has a positive feeling for the rest of the season.

“I anticipate greater success this second half,” Bruininks said.

2013-01-24
Previous Post: Who will be the next Mr. Concordia? A Q&A session.
Next Post: IBM executive speaks at Fuel the Fire conference