Wrestlers maintain strong record: The team looks ahead to success at regionals 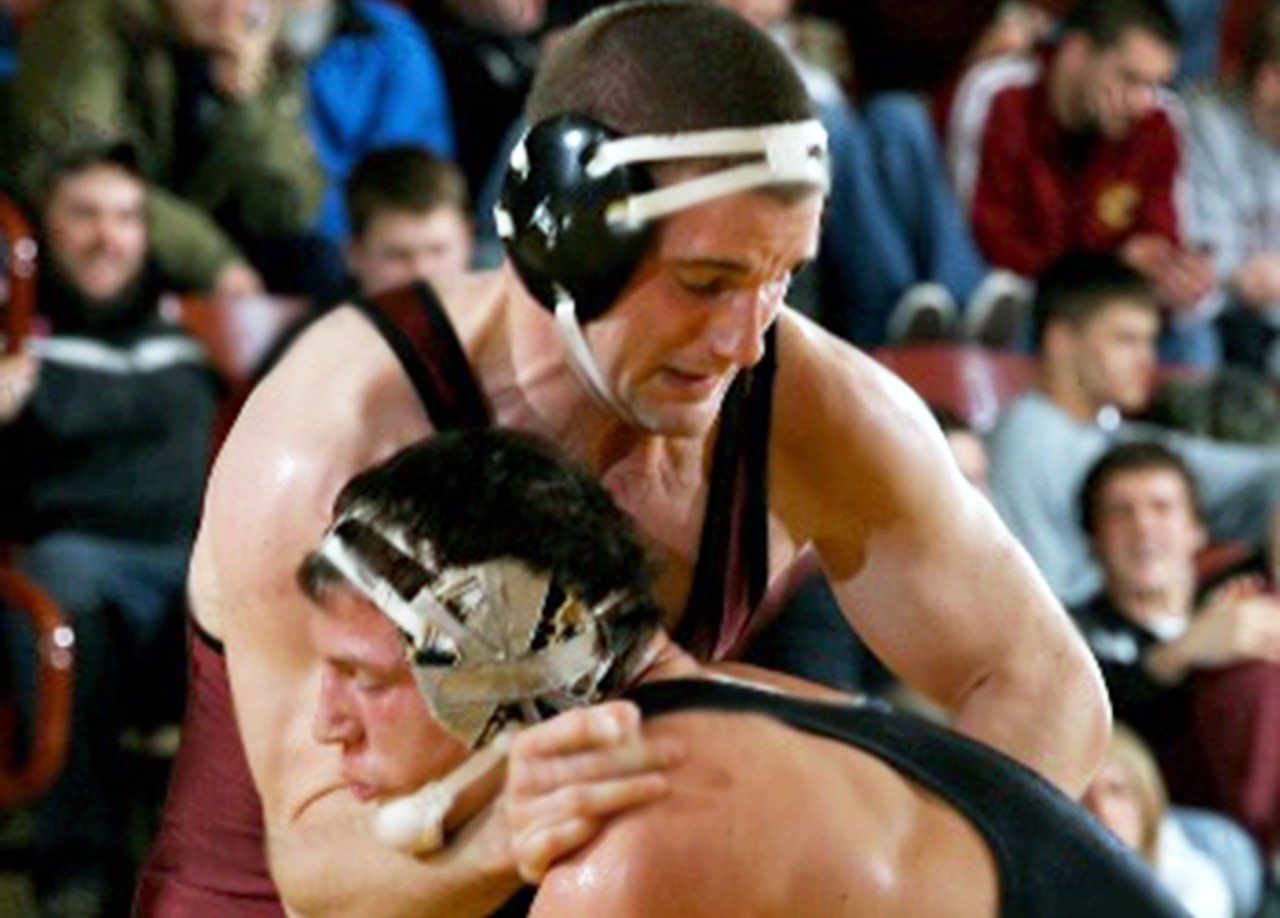 Concordia’s men’s wrestling team has been successful this season, holding onto a 5-5-0 record as they look ahead to their next three meets and to regional competition. The men have had 221 individual wins, and have successfully pinned 69 opponents. The team’s success hasn’t happened by chance, however, but has been the product of the wrestlers’ hard work and practice.

Practice isn’t the only factor that has played a part in the team’s success. Sophomore wrestler Jordan Bendson said the fearlessness of the wrestlers has also contributed to the team’s overall success.

“We’ve stepped up the competition,” Bendson said. “(We aren’t) afraid of competition.”

Senior Kyle LeDuc said that coaches Clay and Matt Nagel have also been key factors in the team’s performance so far.

“We beat good teams (such as) Luther, and we’ve worked on stuff the coaches want (us to practice),” LeDuc said.

The athletes said that they expect a lot of themselves when it comes to wrestling, and that this goal-oriented mentality has pushed the team to achieve.

“We put in a lot of hard work, and set high goals,” junior Christian Harrison said.

The wrestlers said they have to make sure they are prepared both mentally and physically for their matches. The athletes are responsible for making sure they are in the right mindset for each match.

LeDuc said he makes sure to get his body in the right physical state before going out onto the mat.

“Before each match, I get a good warm up in, get in the right mindset and do what our coaches have us do at practice (while on the mat),” LeDuc said.

Making weight is very important in wrestling, where a few pounds here or there could cost a player the match or get him disqualified. Bendson said maintaining his weight is something he focusses on before a match.

“I keep my weight in check,” Bendson said. “I don’t want to cut ten pounds before (a match).  Also, I visualize what they’ll do, and run plays in my head.”

Once the men are in the right mindset, they step on to the mat.  Using all of the techniques their coaches have taught them, they’re able to successfully pin down their opponents.

Whether the men are at home or away, their main support-system is each other. LeDuc gives his teammates credit for keeping him focused during matches.

“We stick together as a team,” LeDuc said.

The wrestlers said the team feels there is still room for improvement this season. Bendson said he would like to see the team implement what they’ve been practicing a bit more.

“We need to keep our intensity up,” Bendson said.

Cobbers can cheer on the wrestling team this Thursday at their home tournament. After that match, the team will head out for two more duels, and then they’re off to regionals.