A classic fare comes to Concordia 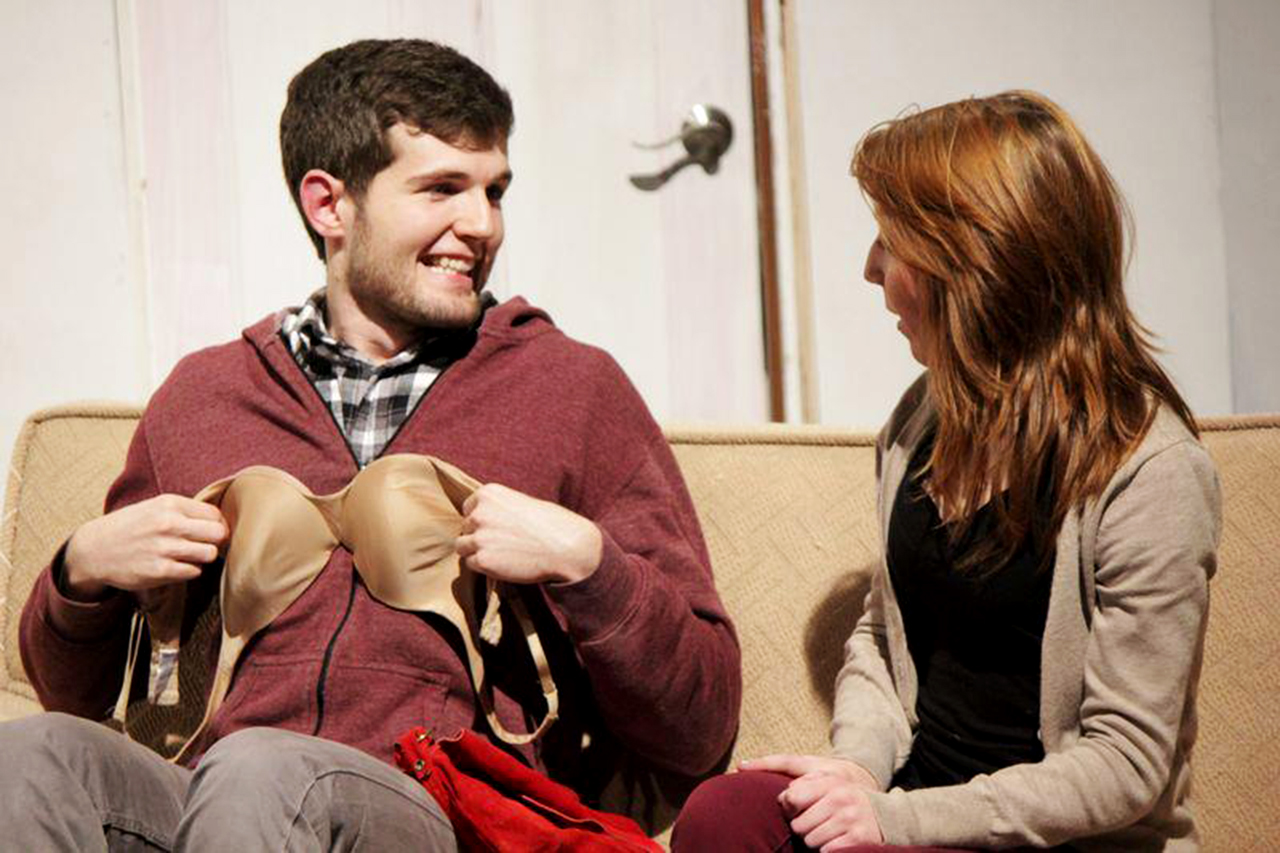 Alone on Valentine’s Day this year? Don’t worry about it. Grab some friends and head down to the Francis Frazier Comstock main stage production of “Boeing Boeing” to hear about Bernard’s romantic problems and you might feel better about your situation afterwards.

This play, originally written in French by Marc Camoletti, follows the hectic love life of Bernard, a journalist living in Paris, who is engaged to three stewardesses–Gloria, Gabriella, and Gretchen. Initially, Bernard finds himself able to juggle his relationships thanks to the differences in the stewardesses’ flight schedules. However, with Boeing’s invention of a faster plane, Bernard’s plot begins to get a bit more complicated, culminating in the intersection of his multiple private lives.

The cast is comprised of six freshmen and sophomores, led by Riley Peterson as Bernard.  Peterson is joined by Hannah Admundson as Berthe, Bernard’s housemaid, and Grant Strom as Robert, Bernard’s high school friend. Admundson and Strom’s characters try to help Bernard keep his secret from Meghan Olson, Margaret Wollenzein and Cristy Dougherty, who portray the three stewardesses.

“This is a dream cast for me,” director Christian Boy said.

This is Boy’s debut production at Concordia. He began teaching in the theater department at Concordia this year after 11 years of designing set, directing and teaching at a college in Atlanta.

Boy said that he rarely has cast members missing from rehearsals and is therefore able to work with each actor and actress individually.  The actors feel the advantages of being in a small cast and they work together to make the production the best it can be.

“You get on stage and you want to do your best because your cast is so good,” said Olson, who is portraying Gloria.

According to Boy, Concordia is lucky to be able to do this production.  For the past couple of years, “Boeing Boeing” has been touring the U.S. under the direction of Matthew Warchus, finishing with numerous Tony awards and nominations. “Boeing Boeing” has, therefore, just been made available to small production companies and colleges this year.