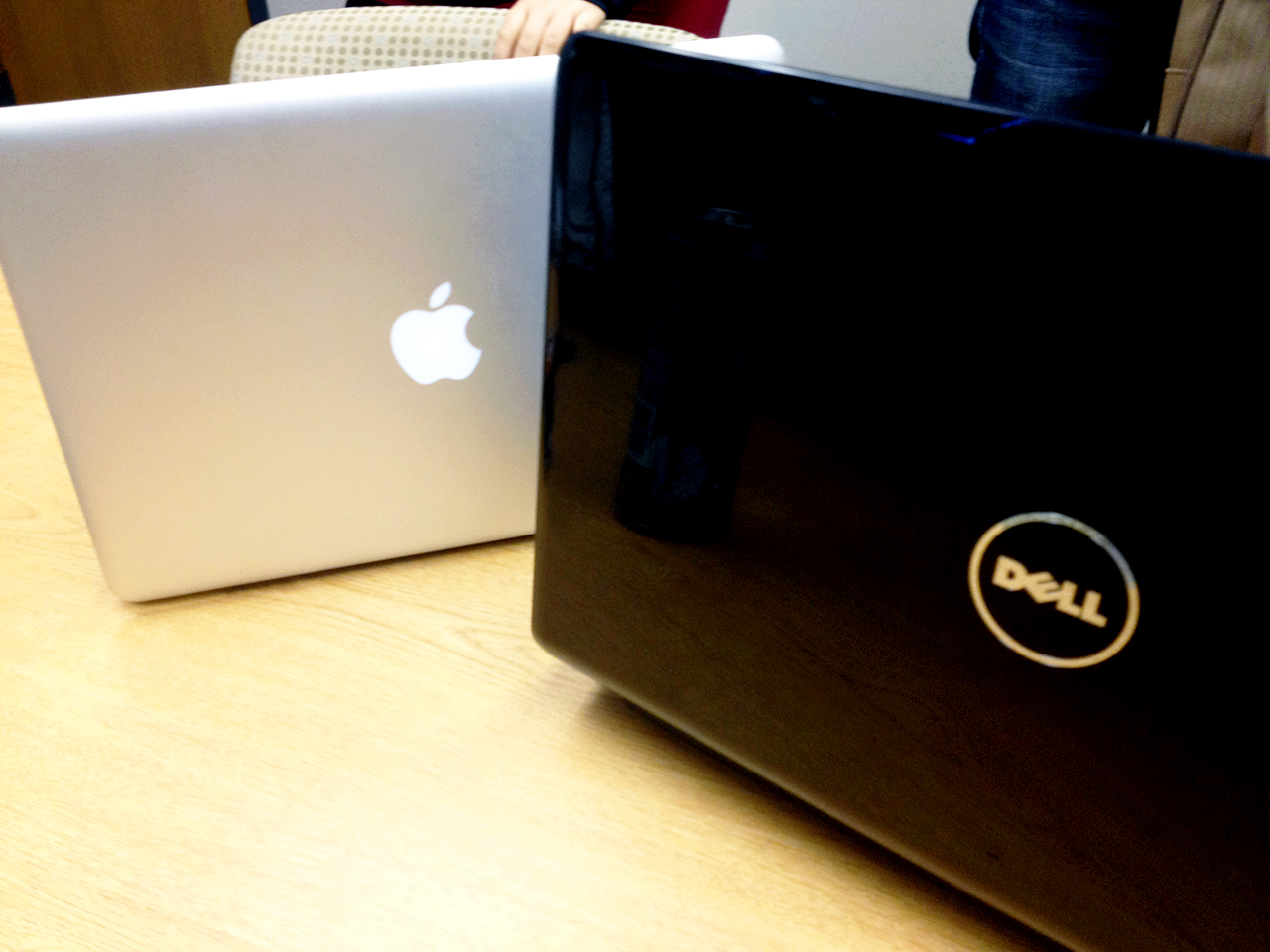 As Concordia moves closer to midterm, students are spending more time on their laptops, either preparing for the onslaught of papers and tests or avoiding them with social media. The increased use of laptops in classes the last few years has prompted professors to lay out specific policies for technology use in class.

“They’re a useful tool, but they give you a lot of ways to zone out in class,” said Andrew Lindner, professor of sociology at Concordia.

George Kueppers, a sophomore, says he is often tempted to get distracted when using his laptop in class.

“When I’m on Moodle for class, I sometimes want to just check my Facebook or email,” he said. “It can be hard to make myself focus.”

Kueppers said he uses his laptop in class for things that are class-related, such as referencing Moodle readings, looking over study questions he’s written on his laptop, or looking at the online dashboard the class uses to keep track of news articles.

“I try to be good about it, but my prof probably assumes I’m not using it for the right reasons,” Kueppers said.

Despite the possible drawbacks that come with increased laptop use, many professors are using Moodle for online readings and setting up blogs for students to share things like news articles they come across.

However, this is not a blanket policy. Technology requirements are individually created for each class, so requirements vary widely across campus.

Lindner allows laptops in class, and even requires that students bring a Wi-Fi capable device to his research methods and statistics class, but he has very specific policies as to what students can use them for during class.

His syllabus states: “All students must bring a WiFi-capable device (e.g., laptop, smartphone, iPad, iPod, etc.) to class each day. If you do not have one, please see me in advance and I will help you make arrangements. HOWEVER, unless directed to do so, I expect that students using laptops to take notes will not use any program other than a word processor.”

Lindner’s encouragement of technology use in the classroom is far from the norm. Many professors are much more focused on eliminating laptop use within the classroom in order to have richer discussions and student participation.

Susan O’Shaughnessy, chair of the philosophy department, discourages the use of laptops in class, saying they hinder in-depth discussion. O’Shaughnessy has a policy that explicitly states what is not acceptable in class.

Her syllabus states: “No text messaging. No surfing the internet. No using Facebook… The use of computers in the classroom is not allowed. It distracts from classroom participation. Refrain from doing work for other classes, writing notes to friends, and any other pastime that distracts you or others from classroom activities. Doing philosophy requires your full attention.”

O’Shaughnessy states that there are exceptions to her no-technology policies, including using e-readers for class texts and taking important phone calls.

While professors have drastically different policies regarding laptop use in class, they agree that laptop use is much more prevalent now than it was just a few years ago.

Lindner said that when he first started teaching at Concordia five years ago, approximately one or two students per class used laptops frequently. Now, that number is closer to one in four students, according to Lindner.

While many of these students may be using their laptops strictly for educational reasons, others should be warned—professors can often tell when students aren’t paying attention to class lecture or discussion.

“A lot of times, they get a glazed look in their eyes,” Lindner said. “And if they have glasses, you can sometimes see the reflection of their Facebook page in the lenses.”