Tuesday was the beginning of the latest cycle of student government campaigns. And this year, it seems that it’s my turn to ask, “What’s the point?”

It’s not that the candidates are unqualified—resumes show that all are leaders, while many have already served in the Student Government Association (SGA). Additionally, I know the majority of them personally. I believe that given the opportunity, either ‘ticket’ has the capacity to build a structure for meaningful representation of the student body. However, I think that each party has no ability to make changes.

I don’t believe the fault is all SGA’s; it appears that Concordia pays nothing greater than lip service to the idea of student governance. In my four years here at Concordia, I can’t think of any impactful change made by SGA. Apart from the occasional ‘press release’ issued, I’ve heard no decisions made either. Congress on its worst days reduces SGA to looking like a second grade student council.

Even visitation, the “infinite recess” golden bullet in this metaphor, has amounted to nothing more to a formal suggestion to the administration in at least two years of focused work. One should point out that there are miniscule changes to visitation being enacted next year, but it only puts the futility of the exercise in relief. Even if SGA claims it as a victory, taking three years to change one dormitory’s policy is hardly a triumph. Yet the students themselves contribute to the aimless mess that we’re presented with.

One perennial favorite for election teams is to promise greater transparency or accessibility, an exercise that seems to end exactly the minute votes are tallied. Take for instance this year’s governing team. Most of us know that there was a major kerfuffle in leadership—ask any SGA members and you’ll get shaking heads and mumbled complaints. Ask what happened and what’s being done to compensate and you’ll be treated to vague dismissals or blank looks.

Not to mention it seems SGA itself is confused about its purpose. The organization generates its own bureaucracy and gets wrapped up in titles. Breaking rank is treated like treason, but at least from the outside, any hierarchical structure seems nominal at best. No statement concerning or originating from SGA has been printed in the newspaper without another member of SGA calling to reprimand or verify what will be printed. Sometimes it seems a dual exercise in vanity—an obsession with self-created titles and the hopeless struggle to advance some sort of platform.

Yet, on the first day of campaigning, I’ve already seen posters, t-shirts, Twitter and Facebook accounts and buttons. As I write this, there is even a meet-and-greet with free lattes or hot chocolate. Thankfully, we’ve progressed beyond last year’s claims of “Vote for us, our parents were Cobbers.” Yet in the face of trivial rules and regulations governing the campaign process there is a bigger investment in courting the student vote, perhaps in an effort to sway the race from popularity contest to policy debate (not that I have a problem with either in an ultimately toothless group). Not that goals are all that different–the only variants this year are whether you vote to “consider” an athlete credit model or “re-evaluate” student organizations. Otherwise, platform planks are nearly identical (both list “re-evaluate registration”) and offer little more than rumination—not any methods of progress.

I offer both executive teams luck this year in the elections, and more than anything, a way to disprove this cynical perspective with tangible results next year. 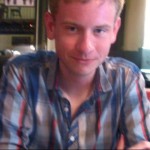