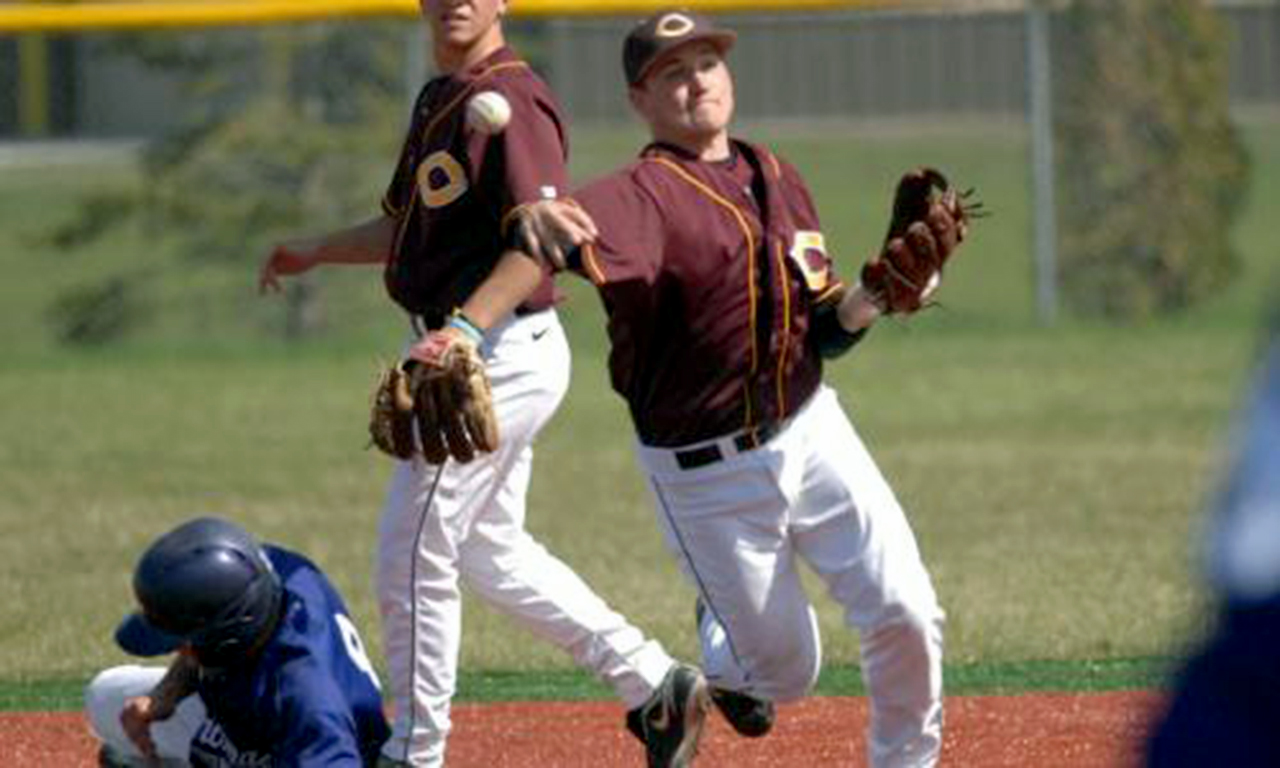 This year’s Cobber track and field team is the largest the program has ever seen according to the men’s head coach Garrick Larson.

“The size of the program is a good sign for success,” he said. “It’s a healthy program.”

Larson credits the program’s competitiveness to their challenging schedule.

“We don’t often compete against ‘like teams,’ but we do face a lot of Division I and II schools like NDSU,” he said.

Larson said track and field is like five sports in one, making for an inevitable sense of detachment among the athletes between the different events.

Even so, he still thinks the program is a tight-knit group and is looking forward to a successful season.

The Cobber softball team is off to a slow start with an early record of 0-4.

Reese is very optimistic about the 2013 season.

“We’ve paid a lot of attention to detail and basic technique in the off-season,” he said. “We looked at last season and understood (that) to do better, we need to work harder.”

Sophomore Ashley Tibbetts has a positive outlook for this season.

“We’ve got a lot of talent on this team,” she said. “I’m excited to see what happens this season.”

Reese’s philosophy for a successful season is to have confidence on and off the field and play off of the team’s great chemistry.

“Our buzzword, you could say, is ‘one team, one direction,’” he said.

The women were also in Florida, and freshmen Morgan Sawatske and Brittany Glatt both earned victories there. They now lead the lady Cobbers in singles play, according to the athletic department website.

The Cobber baseball team has kicked things off with a record of 0-2 after they faced Mayville State at the Metrodome in the Twin Cities on Feb. 20.

Despite the slow start, head coach Bucky Burgau feels the team will be a force to reckon with.

“We feel we have a really good baseball team this year,” he said.

“We’ve got a great group of talented freshmen coming in and good upperclassmen,” Schroeder said. “We’d like to make it to the MIAC tournament this year. We barely missed it last season.”

Burgau said a lot of the team’s success will depend on the pitching staff.

“We have a mixture of veteran guys and new guys that will bring a lot to the table,” he said.

Burgau’s philosophy for making this season a successful one is to “practice hard, play hard.”