How to find your study space 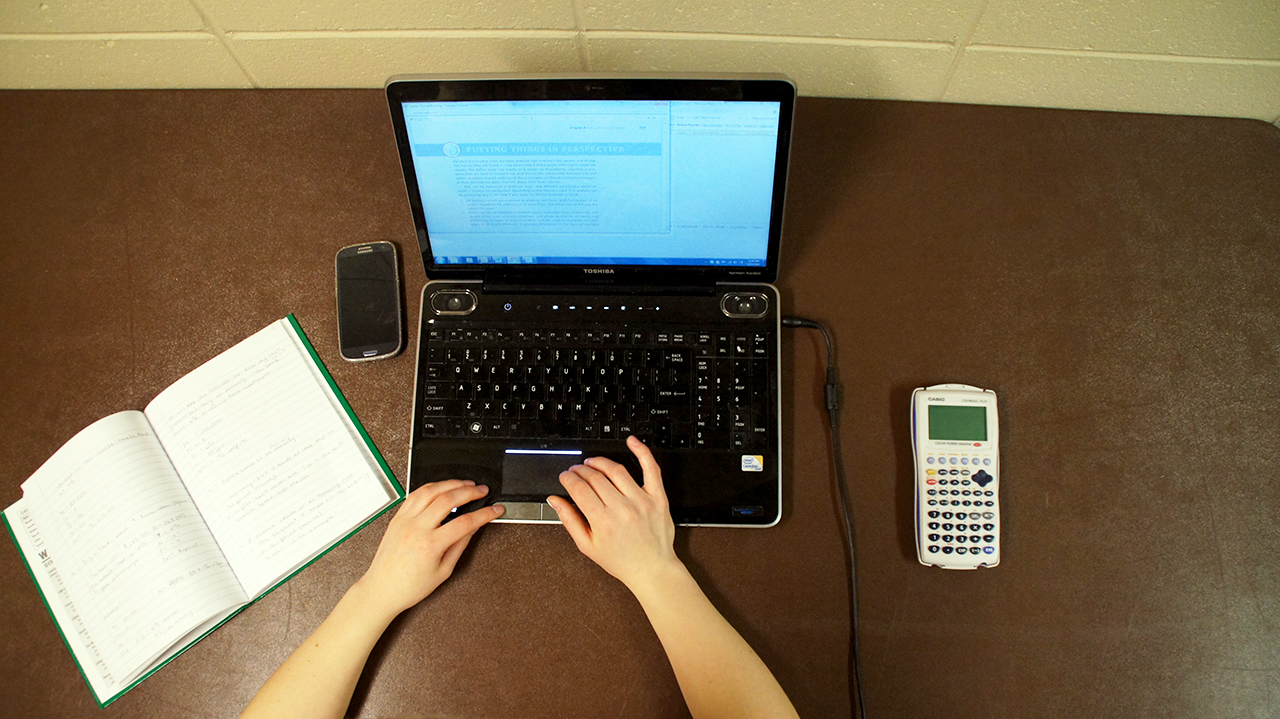 With blonde hair tied in a messy bun and tortoise-shelled reading glasses perched on her ears, senior business major Jenna Nypan types away on her Toshiba laptop while her computer science book sits to her side.

She is sitting at a long brown table in the hallway of Olin’s third floor.   This is her go-to study space when she needs to get efficient schoolwork done on her computer.

“(I have) space to sprawl all my stuff out,” she said.

She also has access to a drinking fountain, a soda machine, and a speech team squad room with a microwave, refrigerator, and teammates available to talk to when she needs a break. Nypan competes for Concordia’s forensics team, and because the squad room and coaches offices are in the area, she is plenty comfortable there.

Heidi Frie, director of the Academic Enhancement and Writing Center, believes in the importance of finding an effective study space.

Nypan usually arrives on Olin’s third floor around 4 or 5 p.m. after most people have dispersed.  The only people she sees are teammates coming to the squad room, the occasional professor or someone who is lost.

She prefers to study by herself in the quiet atmosphere the hallway provides.

“I have a hard time with noise, and even sometimes out here, I put my headphones in and listen to white noise,” she said.

Group work can be very beneficial if the group is studying the same information, Frie said.  The group becomes ineffective when the conversation turns too casual.

“(I like) to figure out what I know, before I’m able to work with other people on it.”

Richards has spent plenty of time camped out in the lounge chairs outside of Morrie Jones Conference Center above Anderson Commons. While she spent more time studying there last year, she still occasionally spends time in the space above the dining center.

Frie said it is important to have a regular place to study.

“Some place where you go where you feel what (you’re) supposed to do is study…helps you focus and concentrate,” she said.

Richards recognizes that she takes more breaks when she is in her house, so she established an on-campus study space.

“This has been my focus place,” Richards said.