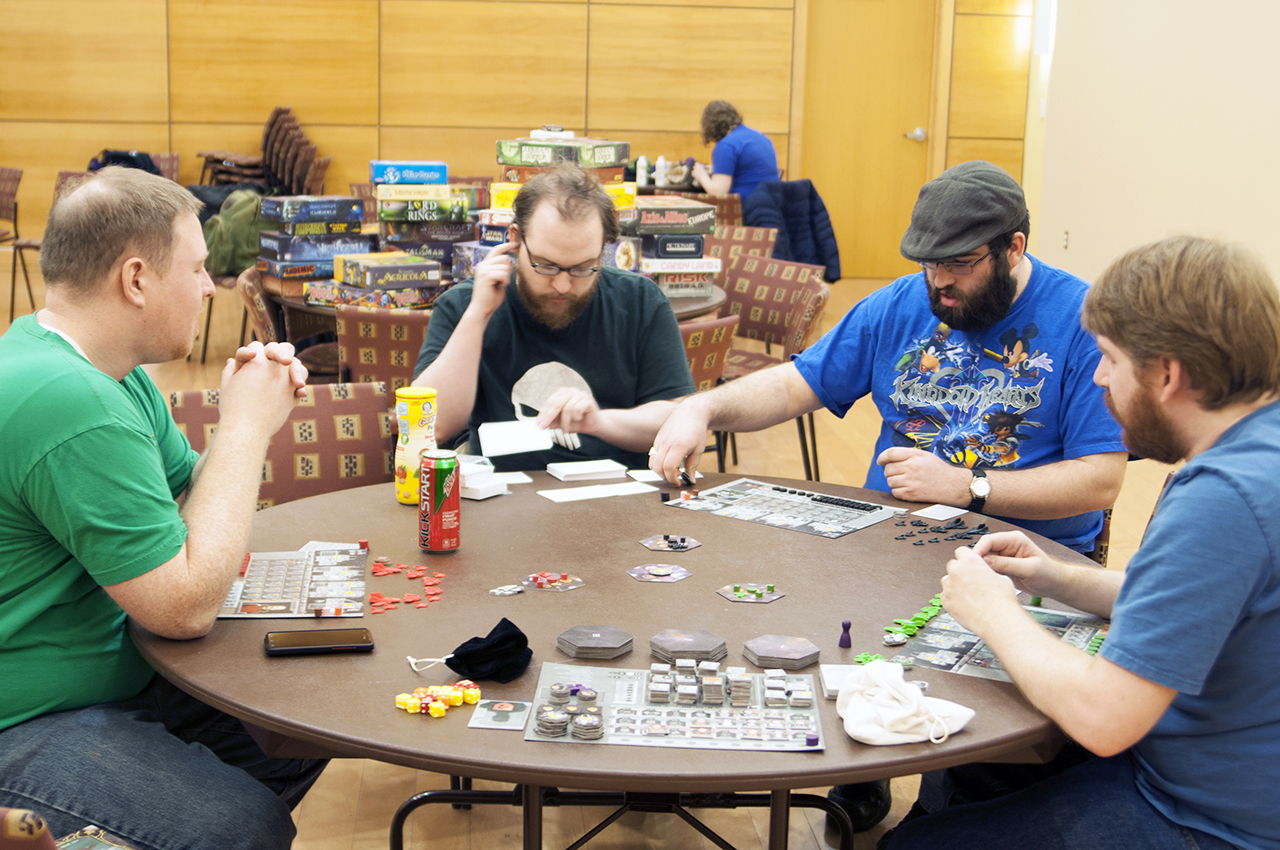 Seven out of the last eight years Kayse Kruschke, a 2009 Concordia graduate, has returned to the Concordia campus for one thing— the Game-A-Thon.

Kruschke was not alone. Nearly 25 alumni that came back for last weekend’s annual Game-a-thon sponsored by the gaming club.

During her freshman year, her husband, Peter, introduced her to the gaming club. Since she attended the Game-A-Thon for the first time, the event has become part of her year.

The Game-A-Thon started more than 15 years ago as an idea, and now, it has become a yearly tradition. Kruschke enjoys that it brings alumni together.

“Alumns come from across the state and country,” said Matt Smit, a 2007 Concordia graduate.

Walker added that there are always things that affect this turn out.

Not only alumni come back. Nearly 25 students and friends also attended the event.

“(The Game-A-Thon) is for everybody even if you have not experienced gaming before,” Walker said. “A lot of alumni come back. It’s a chance to network. Ultimately, it’s just fun.”

Gaming club charged an entrance fee to attend the event, but the money went to the charity Child’s Play, an organization that aims to improve the stay of children in hospitals by providing them with video games.

“This is gaming club’s way to BREW,” Walker said.

“I’m glad we can do something to help the world as gamers,” Peterson said.

Many alumni return for the live action role play, an annual highlight of the Game-A-Thon.

“LARP is like an impromptu play with characters and a scenario, but no script,” Smit said.

He has written the description for the LARP for the past six years. This year’s LARP lasted for 4.5 hours. The winners are selected by a group of judges. The winners are often hard to determine because the results are based on perception.

Gaming club began in 1990, and the group now meets on Thursdays in Bishop Whipple. During each meeting, the club shares what games they have been playing that week as well as news about what new games are coming out. Peterson estimates the gaming club has 15-20 regular members.

“I don’t think I’d play nearly as much ‘Dungeons and Dragons’ if I didn’t have the club,” Peterson said.

The event ran until midnight on March 10. According to Walker, the event went until Sunday, but most years by Saturday night, most participants are tired. So, the event unofficially ends every year with a Perkins run where participants then discuss the LARP event.

This article was submitted by Kaia Lunde, she can be reached at klunde@cord.edu