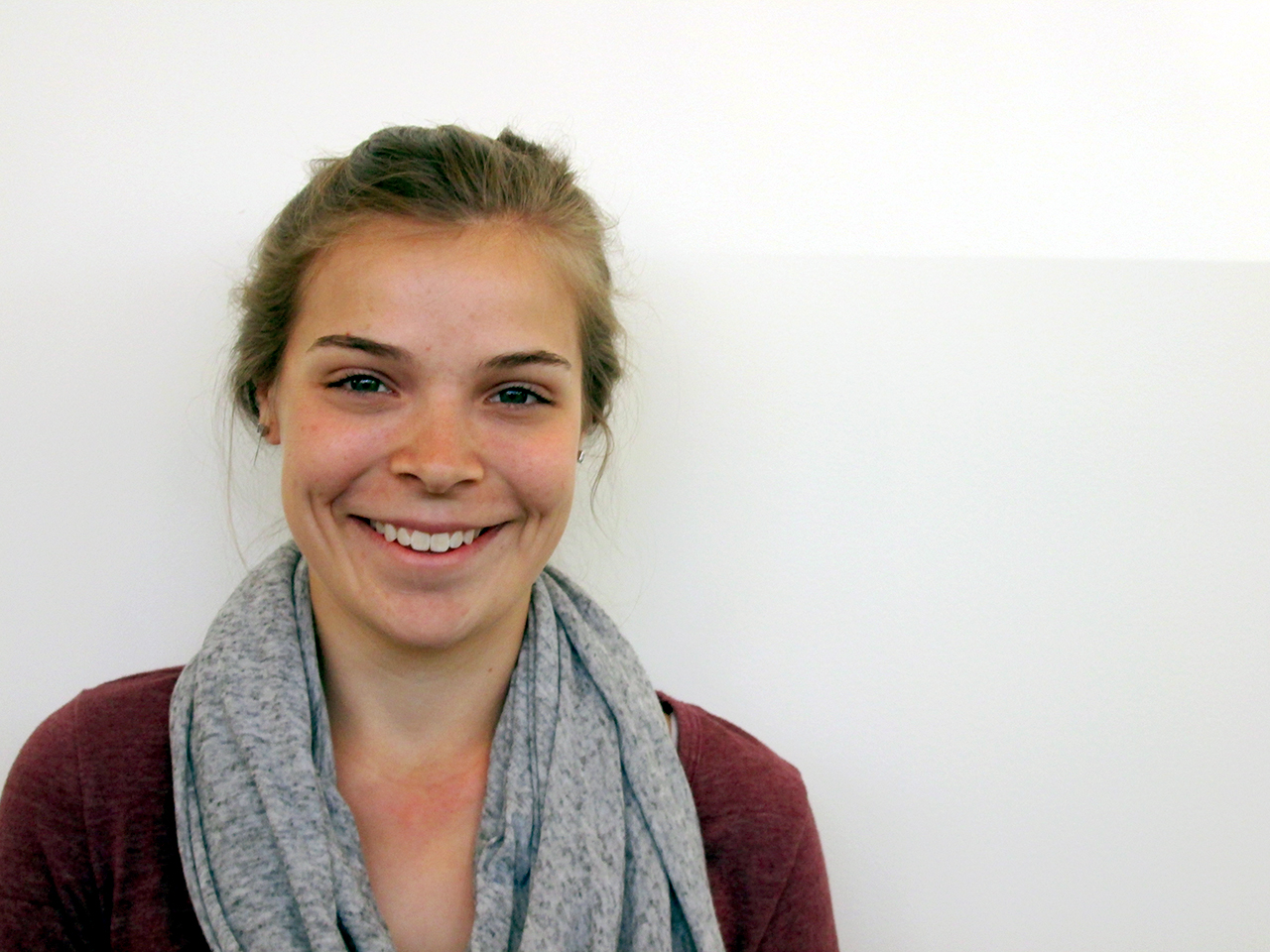 The Student Government Association handed over control to the new president, vice-president and cabinet on April 1. The new
members are getting settled in their roles and are starting initiatives for next year.  Two of the new members Director of Communications
Jordan Elton and Event and Programs Commissioner Michael Chambers are joining the SGA team for the first time.

Elton will take over as the second director of communications for SGA. This position was created last year to help improve student involvement and communications between SGA and other student organizations. Elton says that she hopes to continue the work that the first director, Meagan McDougall, started.

Elton, from Apple Valley, Minn., is currently a sophomore. She plans to major in journalism and religion with a Spanish minor. Elton says that the director of communications position was suggested to her by her advisor.

“I had never ever thought about (being part of SGA) before,” Elton said.

Elton thinks the position is ideal for her since she has experience in journalism and public relations, which both focus on communications. She is currently a staff writer for The Concordian and is also a co-chair for Habitat for Humanity. Additionally, she serves as the group sessions coordinator for Lead Now. Elton says that these experiences have helped her to learn effective communication.

In addition, Elton says that writing for the paper and taking journalism courses have helped her learn a lot about what groups and organizations are up to.

“I like to keep busy—that’s why I’m involved,” Elton said.

Elton will be responsible for ensuring that SGA is communicating well with all parts of campus. These responsibilities include gathering feedback from students, serving as liaison to the Concordia College office of Communications and Marketing and writing press releases about SGA events. She is also responsible for SGA’s social media presence and publicity for events.

Chambers will fill the event and programs commissioner position with SGA next year. He says that he became interested in the position because he sees event planning as a career possibility for him.

Chambers is a current sophomore from Blaine, Minn. He is majoring in public relations with English and music minors.

The reason that Chambers is interested in event planning is because he enjoys the process behind planning and the leadership experience it involves.

“I like pulling different things from different areas together and seeing how they work well together,” Chambers said.

Chambers is currently helping to plan the Social Media Summit that is planned for April 14. He is also part of the PR club, the Concordia choir and works in the Career Center.

During next year, Chambers said that he hopes he will be able to bring a fresh perspective to SGA as well as encouraging other student organizations to get involved. He said that he is also excited to plan the MLK day events for next year, since it is the main event that he will be responsible for planning.

In his free time, Chambers likes to read, listen to music, use social media and watch “Grey’s Anatomy.” He said that he also likes to take long naps because it is “a very important part of college.”

Chambers’ position is responsible for organizing several of SGA’s events. These include the MLK Day events, SGA’s fall information booth and Political Awareness Week. He will be working with other groups on campus to make various events happen.