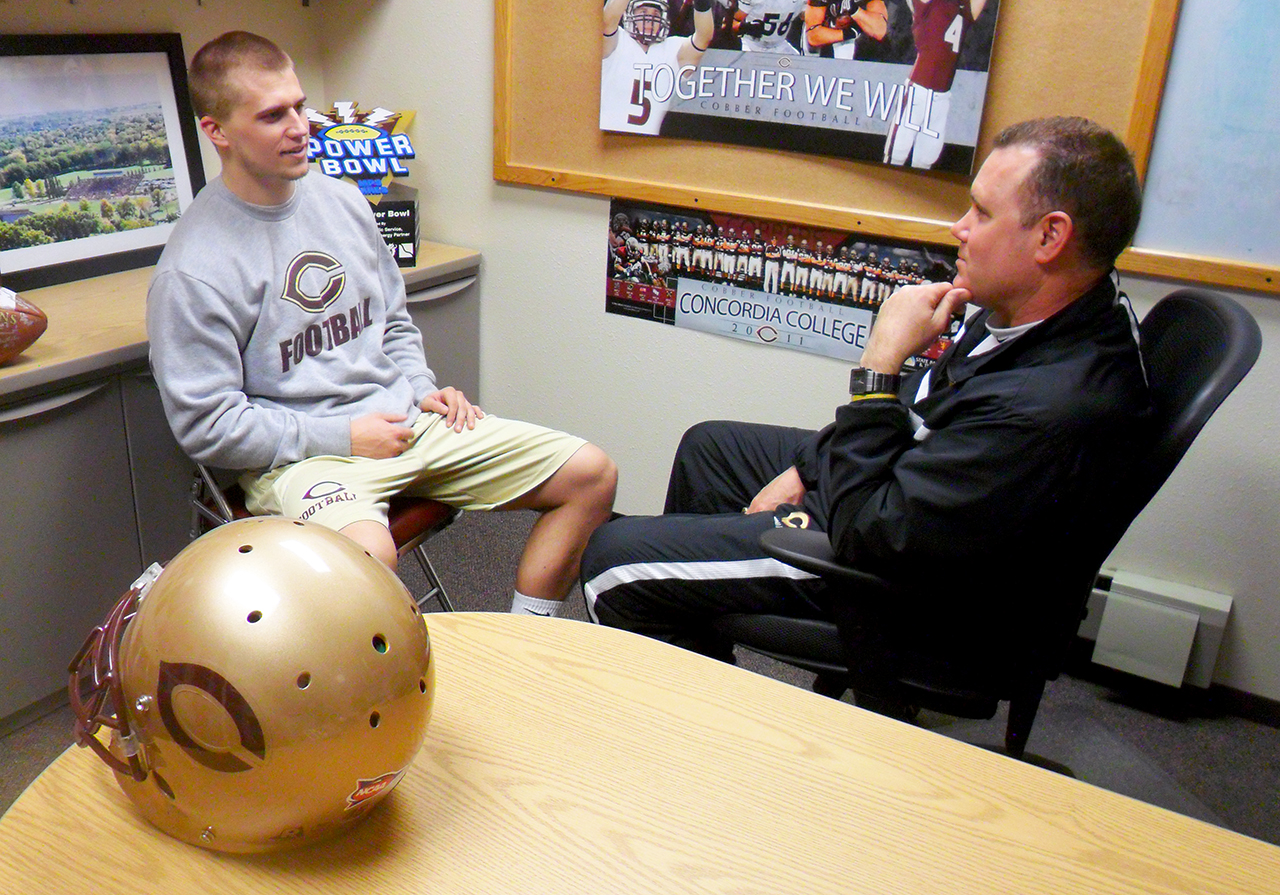 While enrollment is down, athletic recruitment numbers remain stable so far for the 2013-2014 school year.

Concordia’s Athletic Department prides themselves on their highly personable approach when it comes to recruiting new athletes and attributes this to their success.

“Every year we go out and give it our best shot,” Athletic Director Rich Glas, said. “We try to give a lot of individual attention to who we recruit.”

Glas said the recruitment process is a fairly simple but persistent one.

“If you’re going to be a successful athletic program, the recruiting aspect is necessary,” Glas said.

He said during the summer months coaches will attend high school summer leagues and tournaments to begin identifying players who will be graduating and put on a list.

Next, the coaches move to the players who are going to be juniors, and they are put on another list so that the coaches can keep a watch out for them in the upcoming years.

As summer turns into fall and students return to school, Concordia coaches attend games to observe their potential recruits.

The reason for this is to make sure they’ll be successful at school as well as athletics at Concordia, he said.

“One of the things I’ve enjoyed at Concordia is the class attendance and average GPAs of our athletes,” Glas said.

For junior running-back Matt Peterson, Concordia’s recruitment approach and their focus on academics is what swayed him to wear the maroon and gold.

“Concordia spent the most time recruiting me compared to other schools I was looking at,” Peterson, an Alexandria native, said. “(Terry) Horan was the most personable coach I met when deciding where to go to school.”

Glas says that’s just another aspect of a coach’s job.

“If you can make a recruit comfortable, it only helps the chances of them choosing our school,” Glas said. “As a coach, it’s your job to be an effective recruiter.”

Peterson said when he came to Concordia on a visit the football coaches took him to the Biology Department to speak with other biology majors and professors.

“I was looking at Concordia anyways because of the science program,” Peterson said. “It was nice to know I could get my education while still playing football.”

Vice President for Enrollment Steve Schuetz said Concordia is fortunate to have such good coordination between Admissions and the Athletic Department.

“The level of quality and collaboration between the two offices is in part why both are as successful as they are,” Schuetz said.

Glas said the feelings are mutual.

“I tip my hat to the admissions office in helping us recruit student-athletes,” he said. “It’s a great relationship that the two offices have. They’re a lot of fun to work with.”

Schuetz is grateful for the good relationship because although athletics are enjoyable, academics are very important.

“The reality is, there will come a time when you can’t play sports anymore,” he said. “That’s why we keep some of the focus on working students toward a successful career.”

Glas said coaches are feeling good about the recruiting process so far this year.

“It’s hard to say how many will come in because there’s still a lot of recruiting to be done,” he said. “But it’s definitely going well.”

Schuetz said as of now the number of students committed to Concordia for the 2013-2014 school year is about even with last year’s numbers at this time.

“Where students spend the next four years of their lives is a big decision,” he said. “Our job is to be patient and provide them with the information they’re looking for about the college and the opportunities they can have here both athletically and academically.”