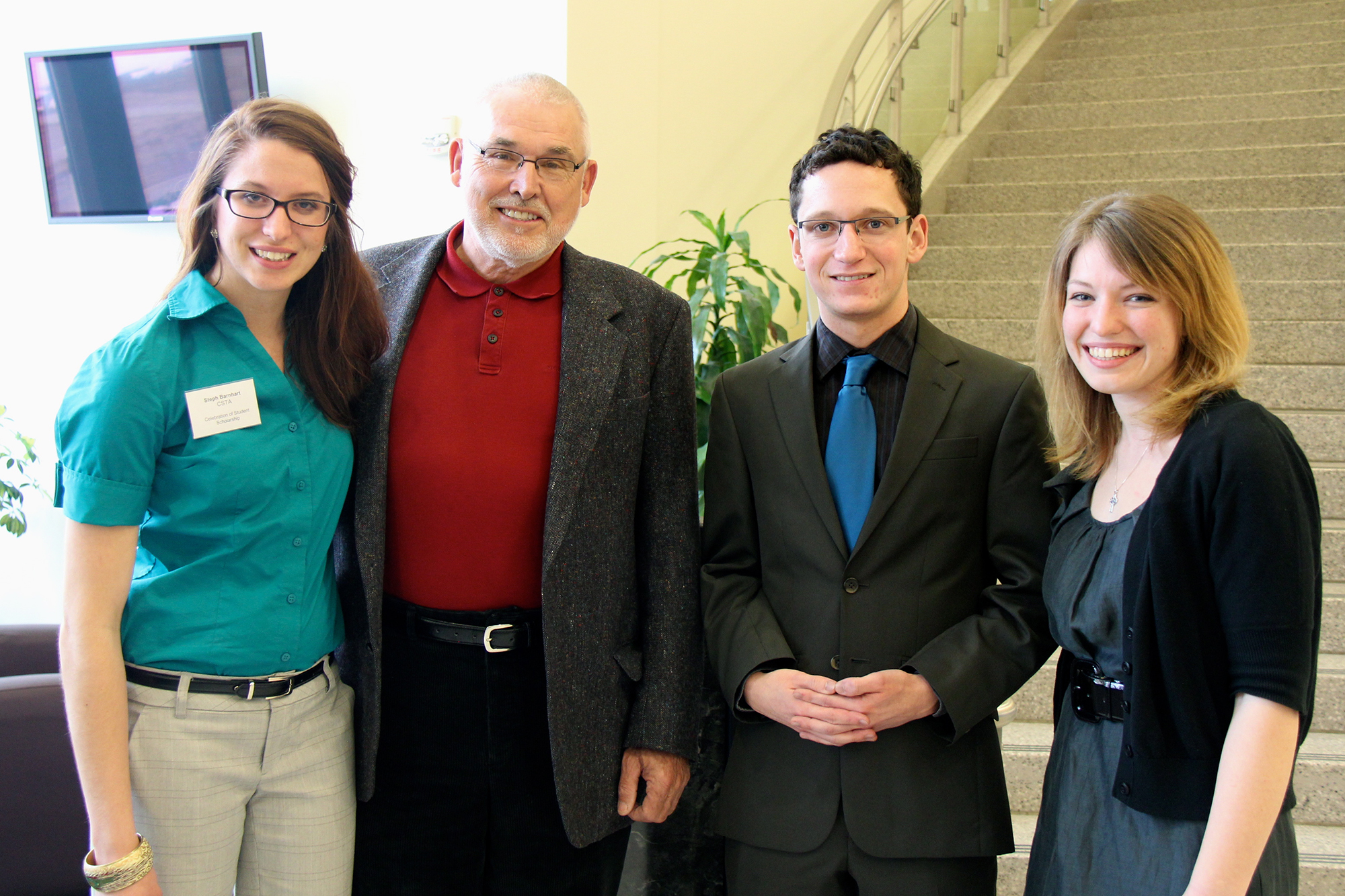 Katharine Spencer was named as this year’s Jolicoeur Scholar at last Thursday’s Celebration of Student Scholarship. The scholarship is given to a second semester sophomore that proves to be an emerging leader on campus.

“It came as a total surprise,” Spencer said. “It’s a great honor.”

The Scandinavian studies and religion double major is involved in the Scandinavian club, Office of Ministry, is a co-coordinator for the Campus Ministry Commission, works for the Academic Enhancement and Writing Center, and helps with the Wednesday night church program at Trinity Lutheran Church. Spencer’s future plans include working in global mission.

Professors receive an email at the beginning of the spring semester each year to nominate students with leadership abilities for the President Pamela M. Jolicoeur Endowed Memorial Scholarship. Engagement, vision, inclusiveness, and community orientation are identified by scholarship materials as some of the indicators of leadership ability.

This is the scholarship’s third year. Stephanie Barnhart was the first recipient in 2011, followed by Matthew Gantz in 2012.

The award was established in honor of Concordia’s late President, Dr. Pamela Jolicoeur, who served as Concordia’s 10th President from 2004 until her death in 2010.

“There was this tremendous outpouring of support. The community wanted to show their appreciation, and everyone connected with contributions,” said Mike Doyle, Jolicoeur’s husband.

The leadership celebrated in the scholarship is not limited to traditional leadership, according to Doyle, but instead may be shown through athletics, music, service, and other activities.

After receiving notice that they have been nominated, students must submit a current vitae and an essay explaining how the they envision themselves as a student leaders during their final two years at Concordia.

The applications are reviewed by a committee composed of college administrators and two members of the faculty, which alternate every year.

“I think the committee has picked good people every year. I think they’ve picked the right people,” Doyle said.

While the scholarship was originally to be given to a Concordia junior, Doyle suggested that it be moved back to the sophomore year, stressing that it would then go to students with two more years left at Concordia.

“It fosters leadership by not only recognizing stu ents who are doing good things on campus right now, but, to some extent, holding them to a commitment to continue doing good things throughout the rest of their collegiate career,” Gantz said.

Spencer said that she is excited to continue to serve the Fargo-Moorhead area and the global community, but that she does not know exactly what is in her plan for the future.

“It’s about taking the opportunity when it arises,” Spencer said.