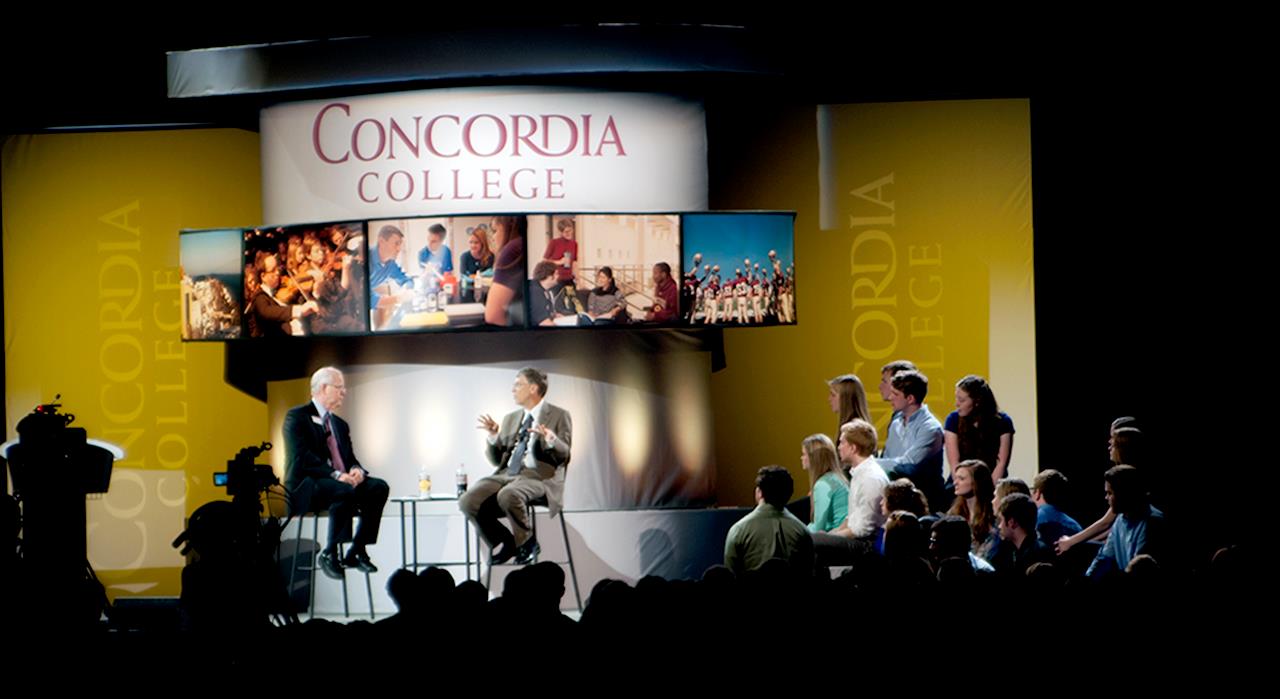 In the words of Ronald Offutt, “It’s an epic day for Concordia.”

Saturday morning, Concordia held the dedication for the Offutt School of Business in front of a crowd of 3,800 people who were there to see Microsoft Co-Founder Bill Gates speak. His talk was preceded with opening comments from President William Craft, Ronald Offutt and the man who made this even possible, Harold Hamm.

Gates had stressed since initially being asked to speak that he wanted to interact with Concordia students and answer their questions. The event was held as a live question and answer session with students who had been selected to ask their prepared questions.

Gates was asked about topics such as donations, vaccines, education and philanthropy work. One of the key points he stressed was the importance of giving back to the world in any way possible.

“Having your eyes open to the needs of the world will help you to pick your career,” Gates said.

He encouraged young people to start giving now, saying, “It’s not just something to leave in your will.”

Gates said some of the biggest issues of our time are education, healthcare and awareness of the great divide between the rich and the poor. In response to a question, his suggestion to improve the K-12 education system was to give more feedback to schoolteachers.When President Craft asked him how to improve higher education, Gates replied that “face-to-face (interaction) is the most important part of higher education.” He spoke to how disengaged young people are when they are lectured in class or told to just read a book.

The United States used to be near the top of education all around the world, but Gates said that now students don’t show as much motivation. Craft replied, “Concordia students are very motivated,” which garnered a round of applause.

Overall, Gates was optimistic about the future of philanthropy and said he was a semi-fanatic about it in the same way he was a fanatic about Microsoft. In response to the question “How can we cultivate philanthropists?” he answered that it starts with family and learning from your parents how to give.