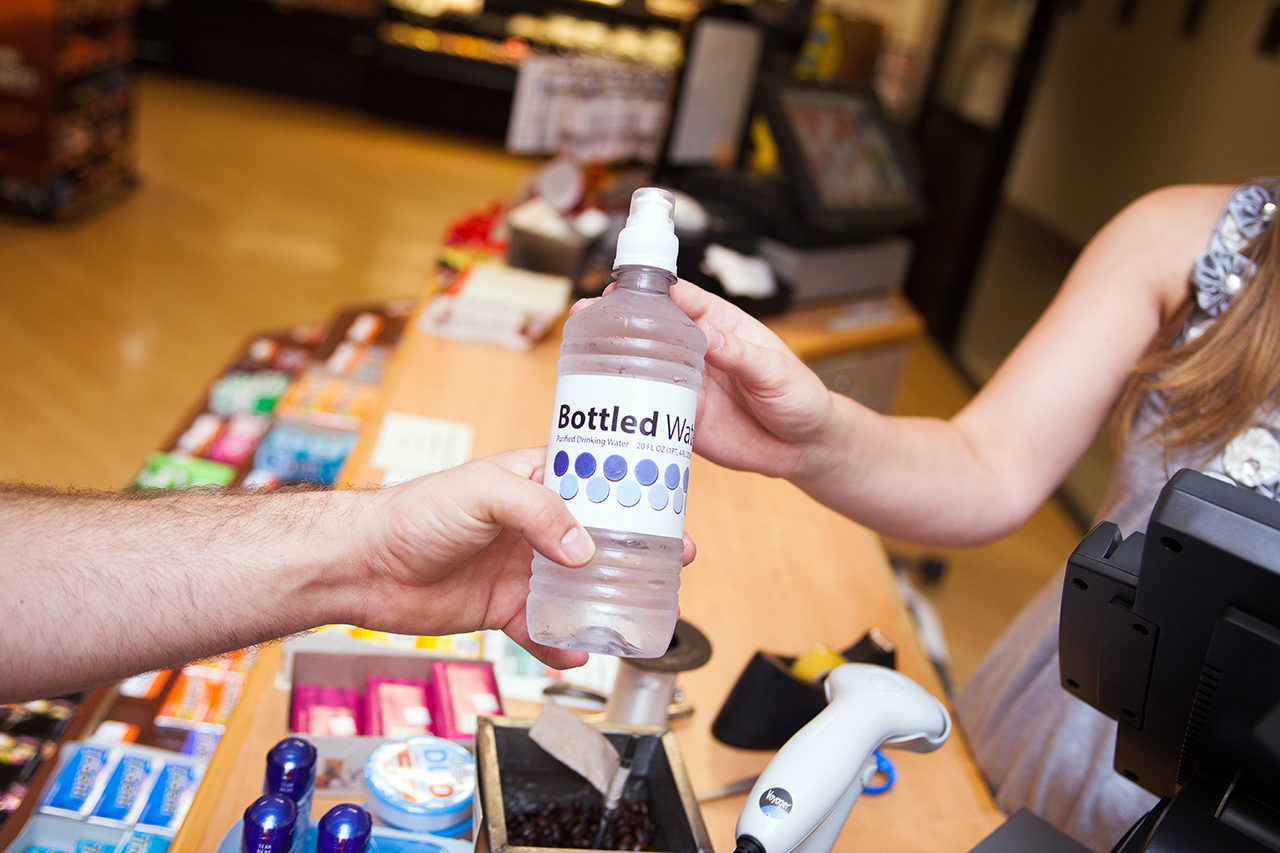 Last year’s campaign to eliminate disposable water bottles on Concordia’s campus is beginning to show results. In response to students’ interest in sustainability, the President’s Sustainability Council collaborated with campus administrators, such as those in Dining Services, and decided to take action.

“It’s an initiative of the college and of the sustainability council, so that’s something that we’re doing our best to implement and to carry forward,” Paul said.

Paul stated that since the initiative was put in place at the end of the academic year, they were able to act upon it over the summer.

Ken Foster, chair of the President’s Sustainability Council, is excited about the change.

“Starting this fall, either already or very soon, the only bottled water sold will be Concordia’s.”

Brands like Aquafina and Dasani have been removed. The only plain water to remain will be generic bottled water.

This proposal is not the ultimate goal, but only part of the plan to be more sustainable.

“The campus isn’t set up to be water bottle free yet because we don’t have enough access to water bottle filling stations,” said senior Kristina Kaupa, SEA co-president and student government sustainability commissioner. “We want to make sure students have easy access to those before phasing it out.”

While it may take many years to install a multitude of water bottle filling stations, the current water bottles might still be an improvement. They contain filtered tap water and are bottled locally in Minnesota.

“The most environmentally friendly thing to do is get it from a local source,” Kaupa said.

Concordia’s water bottle transition may be moving slower than some like, largely because Concordia needs to eliminate the stock of Cobber Water.

“We felt it was important to use up resources,” Paul said. “Don’t throw away already printed labels. So we have some of both out.”

Paul also realizes some possibly negative outcomes of this change.

“There’s a potential for less revenue,” she said. “Lost money in Dining Services is lost money for the college.”

Dining Services will continue to sell bottled water in the Maize, Korn Krib and at the concessions stand. They also want to have bottled water available for catering purposes, but they will only use it upon request. For catering events, a pitcher of water and a glass is the default option.

Concordia plans to become accustomed to not relying on water bottles. In theory, the water bottle refilling stations will eventually eliminate the need for bottled water.

Sociology professor Andrew Lindner is not fully convinced with the plan. However, he is impressed with the effort. He supported the coming together of Occupy Lorentzen, last year’s sustainability-themed student protest, and is generally in favor of campus-wide collaboration to facilitate change.

“You have students working both in the system, like SGA, and that’s good, but it’s also really helpful that students are outside the system and protesting like Occupy Lorentzen was. You need students who are inside and outside… I think that students, faculty, and staff collaborating together are going to get more filling stations.”