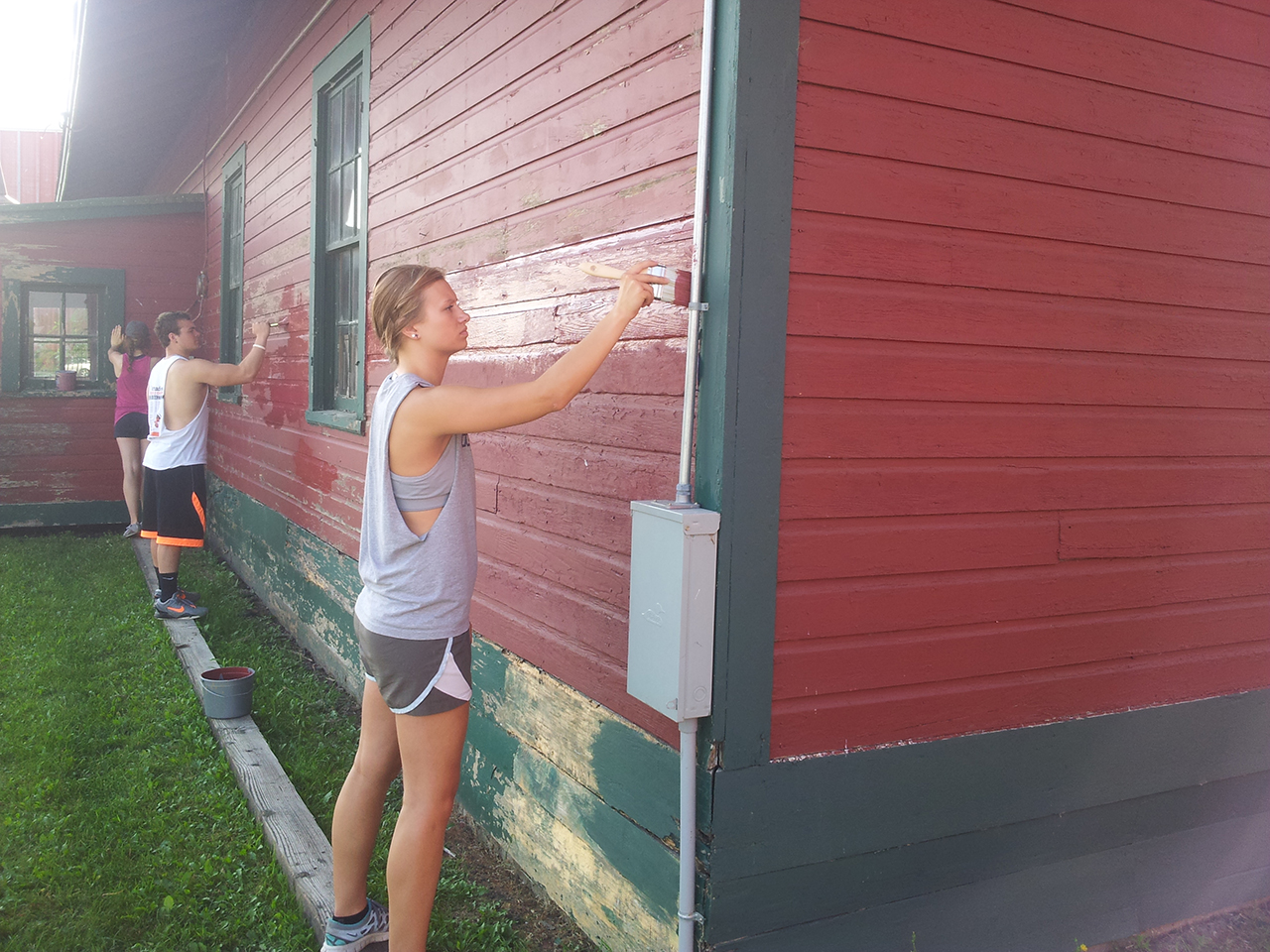 On August 26, roughly 730 students, 80 Orientation Leaders, and 40 faculty members headed out into the Fargo Moorhead area to participate in the Hands for Change event. This year marked the 20th year that Concordia College incorporated the volunteer program into orientation week.

Moriah Nelson, this year’s director of Hands for Change, began organizing the event in May, contacting over 60 organizations before solidifying 40. Each club is assigned to a charity that best relates to their class.

“It gives it more of a meaningful purpose and makes it a service learning experience,” Nelson said.

The tasks included helping out at retirement homes, day cares, and homeless shelters, as well as doing landscaping or yard work. This year two new partners were added to the organization: The Boys and Girls Club of Red River Valley and the Northern Plains Botanic Gardens, both of which were successful additions to the project.

Orientation leader and senior Andy Mackner spent his day working with United Way unwrapping books for the Dorothy Day Foundation and reading to children at the YMCA. Mackner stressed the importance of taking advantage of the many volunteer opportunities on campus that Concordia has to offer outside of Hands for Change.

“There are lots of opportunities on campus to get involved in, you just have to find something that you have passion and drive for,” Mackner said.

Macker also stated that fruits of his labor had more of an effect on him this time around than they did when he participated in Hands for Change as a freshman.

“I didn’t realize how much need there was in the Fargo Moorhead area,” Mackner said, “but exposing students to it really encourages them to get involved, and it’s great to start off their college experience like that.”

Freshman Sydni Kreps, a participant in this year’s Hands for Changer, is no stranger to volunteer work. Her orientation group spent the day at a childcare center called Nokomis, which she was already familiar with because of her participation in Students Today Leaders Forever.

Students Today Leaders Forever, or STLF, is a non-profit leadership and service organization that is present in middle schools, high schools, and colleges throughout the country. It states that its goal is to “reveal leadership through service, relationships and action.” Kreps has been a member of the organization for about four years, and was eager to share the news about how it is coming to Concordia.

Getting the students involved in volunteer work right from the get go has been a great starting point for many students as they begin their time at Concordia and get a taste of the rewarding feeling that volunteering brings, Nelson said.