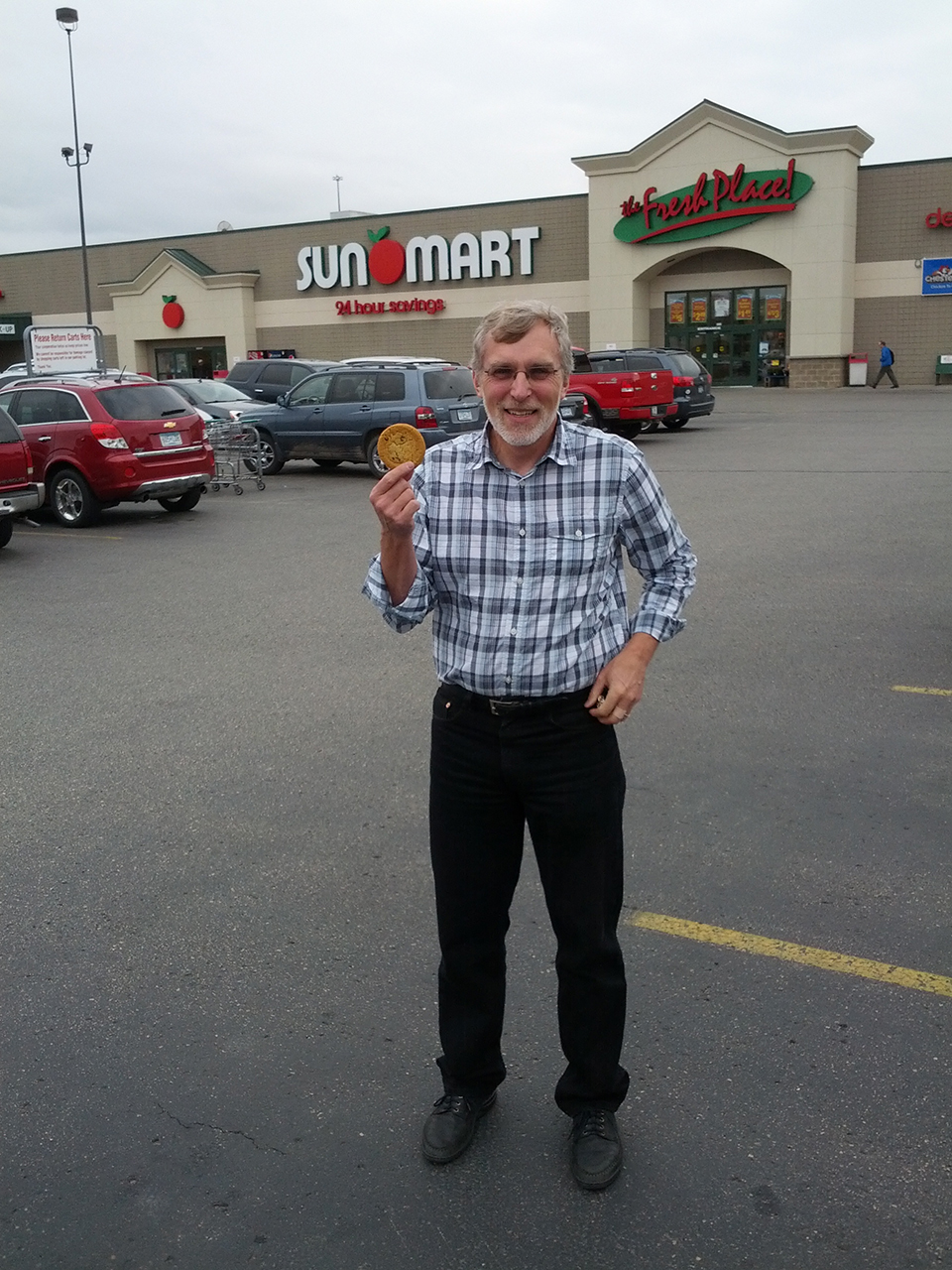 Every Tuesday, the Moorhead grocery store Sun Mart offers a sale that has been cherished by locals young and old for decades.

On this day, generously-portioned chocolate chip cookies are sold for 20 cents each, meaning five of these cookies cost $1.

According to Sun Mart store director Jason Bossert, Cookie Tuesdays was established in the mid-1980s when the cookies were first priced at five cents each, and the sale has been going strong ever since.

“Cookie Tuesdays (was) something . . . started just to have fun with . . . kids that could come in and get a good cheap cookie,” Bossert said. “Obviously you get the kids in shopping, you get their parents in, and it kind of becomes a family deal.”

However, it is not just families that partake in Cookie Tuesdays: area schools, the Moorhead Dairy Queen–to incorporate into ice cream sandwiches–local charities, who are offered the 20 cent price on any day of their choosing, and college students are just a few other entities that have been known to buy the cookies, Bossert said.

“Anybody can come in and take advantage of it,” he added.

One person that Cookie Tuesdays has had an impact on is sophomore Kylie Windecker. As a native of Moorhead, Windecker has known about Cookie Tuesdays for years. However, she grew particularly fond of the weekly special when she was the president of Moorhead High School’s Key Club chapter.

The service organization “ranged from 80 to over 100 members” at Moorhead High, Windecker said, so supplying breakfast during morning meetings necessitated a lot of snackage.

“It was easy to do Cookie Tuesdays because it was cheap and it fed a lot of people,” she said. “(And) people like cookies . . . they’re delicious.”

Windecker even conveyed a hint of jealousy directed at the quality of the cookies.

“My cookies never turn out that good,” she said.

Credit for these sought-after cookies goes to the Sun-Mart bakers. Blaine Christianson, who has worked at Sun Mart for 26 years, is a member of this esteemed team.

“I’d say (the cookies are) really close to the Nestled Tollhouse, but we have our own recipe,” Christianson said. “They are moist and there are all the (chocolate) chips in them, so it’s a good-tasting cookie.”

Baking these Tuesday goodies takes up most of Christianson’s and the other bakers’ time during the beginning of the week, but they are okay with that.

“We have fun making them; we do it every week and we’ll just continue to,” he said.

Bossert estimates that between the four Sun Mart locations in Moorhead, Fargo and West Fargo, all of which employ Cookie Tuesdays, between 15,000 and 20,000 cookies are sold each Tuesday.

Yet, despite these astronomical numbers, Cookie Tuesdays hasn’t been as popular at other locations around the United States.

These Sun Marts are but four of 77 Nash-Finch-affiliated grocery stores in the United States, and not all of them choose to incorporate Cookie Tuesdays into their cookie sales.

“It hasn’t always been as successful in the other markets,” Bossert said. “In some markets it’s gone away, but we certainly do it here.”

And as long as the sale stays here, even Sun Mart employees will capitalize on it.

“We all sample once in awhile,” Christianson said.

Even after her high school days, Windecker stays connected to Cookie Tuesdays. Adhering to the value of altruism learned in Key Club, she uses Cookie Tuesdays as a means to pay it forward.

“When you want to give someone a small gift but you don’t want to spend a lot of money . . . it’s just a nice little treat,” she said.

2013-09-18
Previous Post: Scarf Boy vs. the Thief of Joy
Next Post: Cru will not seek official recognition