Cru will not seek official recognition 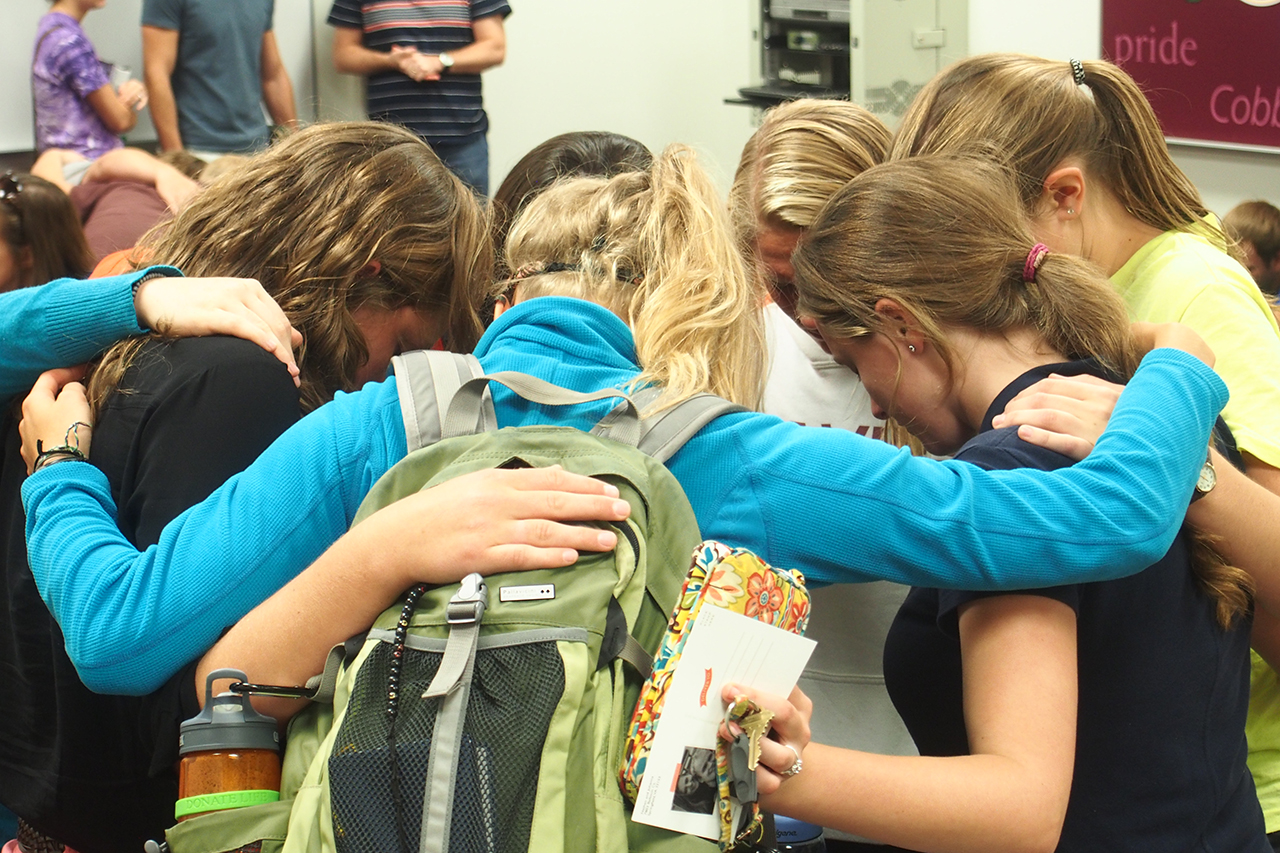 With the recent approval of the Student Secular Community as an official organization, Concordia students have speculated as to whether the Christian group Campus Crusade for Christ will apply to be officially recognized by Concordia College. The group has confirmed that they will not be seeking approval this year.

Cru is a Christian organization that conducts Bible studies on campus. Student leaders meet each week on Wednesday nights to discuss their goals for the coming week. These students set aside time during the meetings to pray for each other and their peers, and they run Bible studies in each dorm throughout the week.

“For me, it’s a welcoming environment that encourages Christians in their walk with God and gives support,” said sophomore Cru member Sarah Waller.

The official group application process is all online, according to Chelle Lyons Hanson, Director of Student Leadership and Service. There are two main criteria considered by the faculty council. If the pending organization is in direct conflict with the mission of the college, or they are duplicating another organization on campus in any way, it is likely that their request will be denied.

“Typically we look at the two criteria and consult others on campus as necessary,” Hanson said. For example, the Campus Ministry Commission was consulted for the approval of the Secular Club.

This is not the first group of secular students that has gone through the application process to become an organization. Two other secular groups have been denied, one in 2008 and another in 2010.

This time around, the Secular Student Community went through a six-month waiting period before they were notified of their approval by the college this past spring.

“It is the goal of Concordia Secular Student Community to create a space for open and constructive dialogue about what it means to be secular within a predominantly religious community,” said president Taylor Tielke.

According to Tielke, the Secular Student Community is an organization that aims to create an informal forum for Concordia students, secular and religious, to explore political, social, and moral topics from a secular perspective.

The application process was a long and complicated one according to Tielke.

The process started first semester last year. The club met with the Student Involvement Committee to discuss what the group was about. They then met with Hanson and Sue Oatey to discuss their application.

“Most groups are accepted or rejected in a short period of time,” Tielke said, “but we were waiting for recognition or rejection for months.”

The Student Leadership and Service department were reworking the criteria for college-recognized organizations and this delayed the process.

“We never really knew where they stood until we finally were recognized at the very end of last year,” Tielke said.

According to Pete Youlden, one of the directors of Fargo-Moorhead Cru, the group applied once and was denied recognition by the college in 2008, at the same time the Atheists-Secular Students at Concordia College were denied.

“The mission of Cru is to know Christ, then go out and share that with others,” Youlden said.

Youlden works on the tri-college campuses as an advisor to the student leaders of Cru.

“As a staff member of Cru, I am considered an outside affiliation,” Youlden said. This may have been a factor in Cru’s denial.

According to Hanson, if an outside affiliation does not agree with the college’s code of conduct, that may be grounds for rejection by the Student Leadership and Service department.

According to Cru.org, their official faith statement is as follows:

The sole basis of our beliefs is the Bible, God’s infallible written Word, the 66 books of the Old and New Testaments. We believe that it was uniquely, verbally and fully inspired by the Holy Spirit and that it was written without error (inerrant) in the original manuscripts. It is the supreme and final authority in all matters on which it speaks.

According to Concordia’s website, this is the mission of the college:

The purpose of Concordia College is to influence the affairs of the world by sending into society thoughtful and informed men and women dedicated to the Christian life. The Lutheran theological tradition emphasizes that we are all called to serve our neighbor and care for creation in response to God’s love.

According to Hanson, one of the strengths of the Secular Student

Community is that they are interested in open dialogue.

“They’re providing the opportunity to talk about questions of meaning and purpose from a different perspective,” Hanson said.

According to the Student Leadership and Service department, Concordia is a college of the church and emphasizes working together. If a religiously affiliated group were to be exclusive, they might not be recognized by the college, Hanson said.

“I don’t think Cru is exclusive, but I think only certain types of people would be interested in joining,” said Concordia sophomore Serena Bouta. “I consider myself agnostic, or at least questioning, and I tend to shy away from any religiously affiliated organization.”

Bouta is not the only student who may be hesitant about attending Cru.

“As a minority because of my sexuality, I’ve always felt a little excluded from religion,” said sophomore Kyle Benjiman. “Depending on Cru’s standpoint it would be great to see some advocacy for acceptance of everyone so that minorities can feel more comfortable seeking out groups like that.”

According to Hanson, the college is willing to review any ideas that students may have about possible new organizations. But according to Rob Satterness, a Bible study leader and an active member of Cru, the organization is not welcomed by the college.

“We can’t advertise our meetings anywhere. We can’t make announcements about Cru at any campus-sanctioned event. We don’t even have a guaranteed room each week,” Satterness said.

Cru typically holds their meetings in Olson Forum, but if a campus group decides to reserve that space, Cru must find another room to meet.

According to Youlden, they are allowed to advertise meetings and events by word-of-mouth or on social media such as Facebook and Twitter.

“We’ve gotten in trouble with the college on a few occasions by advertising in ways we aren’t allowed to, but Concordia has always been very polite and understanding of us,” Youlden said.

He said Cru might seek recognition in the future but at this point they are satisfied with how the college allows them to operate.

“It’s not ideal, but we’re satisfied with how it is,” Youlden said.

Even though the organization isn’t official, the meetings each week and other Cru-sponsored social events have high attendance.

“There are about 60-70 people that come to the meetings on Wednesday nights. This includes the student leaders. If you count Bible study attendance, there are over 100 students involved,” Satterness said.

Cru hosted a “Root Beer Kegger” September 7, and more than 300 students attended according to Satterness, who was one of the hosts.

Concordia allows Christian organizations such as the Campus Ministry Commission and Sunday Night At Concordia. But according to Satterness, these groups differ from Cru.

“Cru emphasizes a relationship with Christ and sharing the gospel of Jesus more than I have seen from campus ministries,” Satterness said. He has attended events held by Campus Ministry Commission and Sunday Night At Concordia on multiple occasions.

As far as Cru becoming official on campus in the future, Satterness isn’t holding his breath.