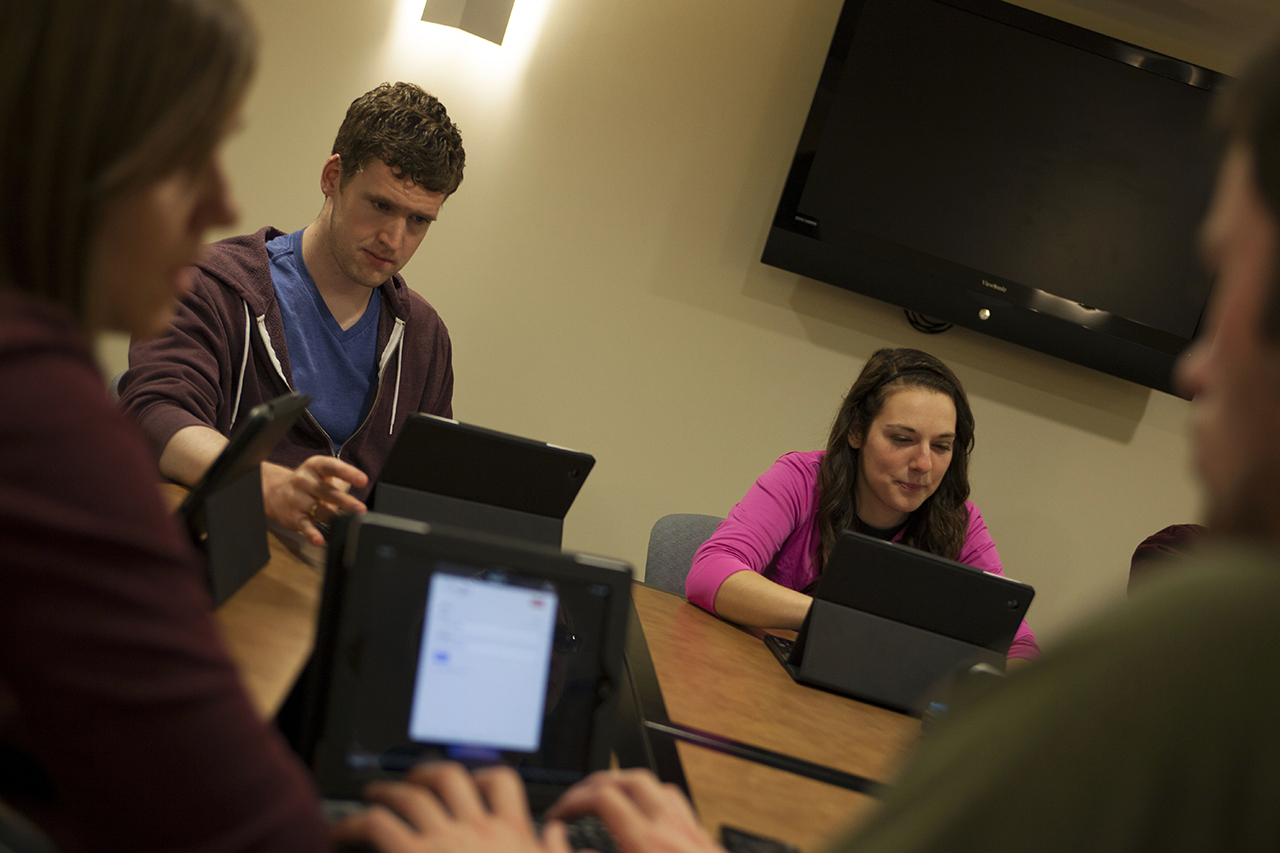 Members of Student Government Association got into a heated discussion at their first Forum meeting Sept. 5.

The source of the debate was the Special Projects and Initiatives Fund, called SPIF, a large sum of money that is available to students for projects and events on campus.

“The SPIF is one of the most powerful tools we have in our arsenal to improve the student experience,” SGA President Levi Bachmeier said.

The forum passed a bylaw change at their meeting that will implement a $4,000 threshold for oversight in SPIF allocations.  Any projects that request more than $4,000 in funds will be considered by the SPIF Committee and then sent on to the forum for approval.  The committee alone, on the other hand, will decide any requests under that amount.

In existence for only three years, the SPIF collects unspent student activity fees from the previous year. In total, the fund nears a total of  $250,000. SGA has been discussing how the allocation of SPIF money should be supervised since last spring.

In April Bachmeier proposed to change a bylaw to increase supervision.

Bachmeier’s proposal would require the SPIF Committee to send recommendations for projects to the SGA Executive Team, who would send it to the SGA forum for larger discussion.

The compromise manifested in a monetary threshold, Kueppers said. By looking at costs of past projects, they decided on $4,000.

Dymoke served on the SPIF Committee last year as the Residence Life representative.  He said that most of the people who collaborated in deciding where to set the dollar amount thought $4,000 made sense.  Bachmeier, on the other hand, was in favor of a lower amount from the beginning.

“(Bachmeier) and I see the SPIF very differently,” Dymoke said.

Bachmeier said he thinks the campus would be uncomfortable with the idea that a handful of people can allocate large sums of money without any oversight.  There are currently seven members on the SPIF Committee.

SGA is not in the business of spending students’ money irresponsibly, Bachmeier said.

In the past, the SPIF Committee violated a bylaw requiring them to forward requests to the SGA Executive Team.  After winning the election last spring, Bachmeier noticed this had been going on and wanted to implement some kind of checks and balances system to make sure it could not continue.

Dymoke said the committee was not aware that the bylaw existed.  Other members of SGA believed they were being responsible in their decision-making in spite of their mistake, but some oversight was needed, Bachmeier said.

Soon after the bylaw change was voted on and passed, Bachmeier stood in front in the forum and made a last-ditch effort to lower the amount to $2,500.

The tone of the meeting quickly changed as members of SGA presented their arguments for and against Bachmeier’s proposal.

Different ideas were heard before the forum voted on the proposal.  With overwhelming opposition, it did not pass.  $4,000 will remain the determining threshold amount when allocating SPIF money.

Kueppers said he was against the proposal to lower the amount to $2,500, but he appreciated the open discussion.

“I’m glad that we’re setting a precedent that we don’t just blindly accept things,” he said.

Bachmeier’s biggest concern is responsible and active spending of the money that is in the SPIF.  He does not want the fund to continue growing without being spent on the students that are here now.

The SPIF began with the discontinuation of Concordia’s yearbook three years ago, Kueppers said.  Leftover money was put in a fund that could be used by students, for students.  Student activity money and extra money from student organizations are also added to the SPIF annually.

Some projects that were funded by the SPIF in the past include lectures, such as the Chris Stedman lecture, residence hall Wi-Fi and the Social Media Summit.

Any student has the opportunity to propose a project to the SPIF Committee and is encouraged to do so.

Dymoke said SGA will be making efforts to make the SPIF more prevalent at Concordia.

“We need to make it as accessible as possible to students on our campus,” he said.  “That can be our biggest footprint this year.”

The SPIF Committee accepts applications for funding from full-time students at Concordia.  According to the committee’s guidelines, projects should be beneficial to the entire campus and have a lasting impact.  Students can apply online.

At the SPIF Committee meeting on Sept. 12, Kueppers reminded members that the money in the SPIF is money that should be spent on worthy student projects.

“Ultimately,” he said, “the goal is to empower students with this money, which is essentially their money.”