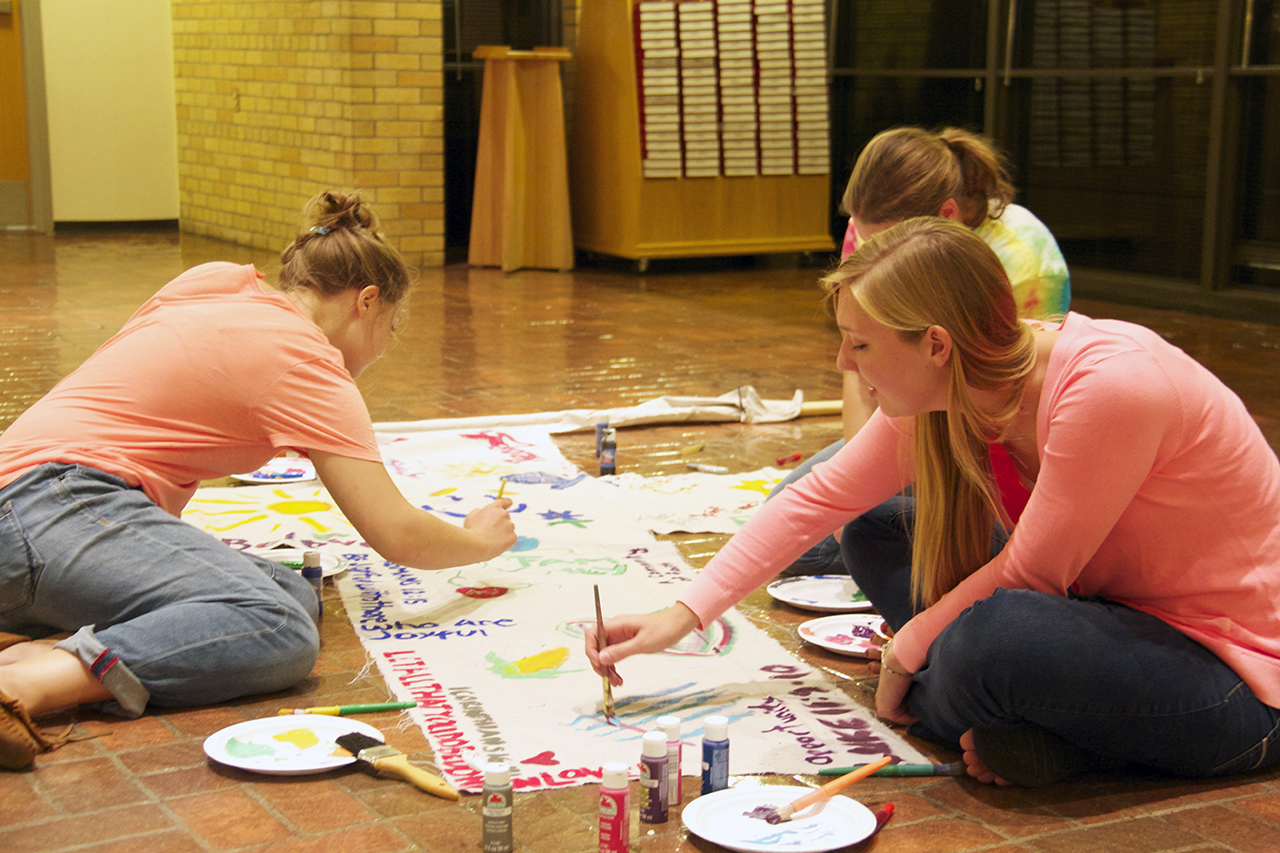 The President’s Seminar last Friday did not mark the end of the happiness discussion on Concordia’s campus. Although President Craft’s suggestion of renaming the weekly community time to happy hour was a mere passing pun, the theme of happiness will continue throughout the remaining three seminars this academic year.

The term “happy Cobber” is thrown around on campus and the first seminar focused on the true happiness level of Concordia people.

Darcie Sell, a psychology professor at Concordia, presented the results from the happiness survey created and distributed last spring by psychology students Alex Benson and Maureen Wieland. The three found that, indeed, Concordia is comprised of happy people. With the median, neutral score being 16, the average happiness score of Cobbers was found to be 22. They also found for students a connection between one’s sense of community and his or her spirituality — both serve as predicting factors in one’s happiness.

This prompted the discussion of what it means to be a happy Cobber. Two faculty, two staff and one student briefly shared how this idea resonates with them. Happiness was reflected upon through past Facebook posts, identified as a spark upon discovering one’s vocation and challenged through the idea of the Concordia bubble limiting or confining Cobbers’ happiness to the campus.

The floor was then opened up for discussion with the prompt: how would you describe the kind of happiness we should be striving for in this community?

Eric Johnson, director of alumni relations, responded first: “I am the happy Cobber.”

But really. Johnson’s Twitter handle is @TheHappyCobber. However, he recognized that he chose this handle somewhat ironically. He said the research explains that Concordia has a true sense of well-being instead of simply the “absence of crud.” The happiness on campus empowers us to withstand the things that make us unhappy, he said.

Johnson took it a step further as he analyzed how the words happy and Cobber get paired together.

“(It’s about) serving (others) to become people worth being,” Johnson said.

Freshmen Medora Frei and Cassie Roeder are already beginning to observe and understand the idea of happy Cobbers around campus.

Frei said she has experienced the Concordia bubble and the kindness around campus. People go out of their way and above and beyond, she said.

Roeder contrasted Frei’s response as she explained that if someone is not happy at Concordia, or does not express it in the same way, people automatically think there is something wrong. She said, even within the first week on campus, students were taught that if they were not happy, they should talk to their orientation leader, RA or someone that could help them work through their lack of happiness.

Athletic Director Rich Glas touched upon this in his response to the prompt.

One cannot truly know happiness until they have overcome challenges, Glas said. There is improvement, which is driven by passion, and ultimately leads to happiness, he said.

“You don’t have to be happy all of the time,” Glas said.

And, in fact, the happiness research done by Sell, Wieland and Benson revealed that 24 percent of students do not feel connected or a sense of community on campus.

Craft said this discussion and specific statistic set the stage for the complex questions to be asked in the rest of the seminars this year. The next seminar will take place in November and will specifically focus on happiness and introverts.