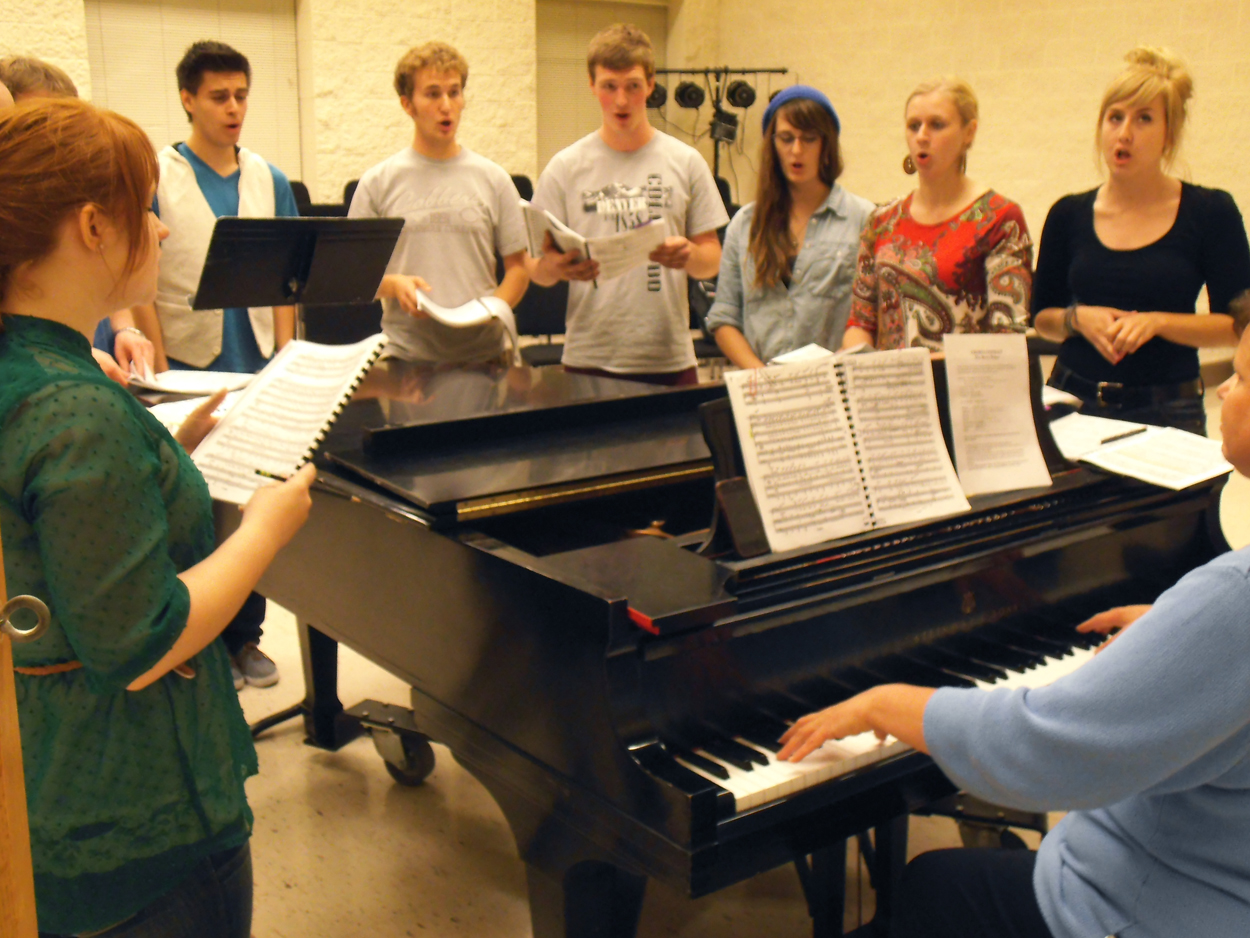 Concordia students and faculty have played important roles in the Fargo-Moorhead Opera for years, and this one is no exception, with the opera gearing up for a momentous season.

Cobbers are involved in the opera on nearly every level, from performing to directing to working the box office, and they will contribute to each of the three productions this year, including the opera’s first world premiere this spring.

The opera’s general director is David Hamilton, a member of the voice faculty in Concordia’s music department.

He became involved with opera during high school.

“I had the opportunity to sing in the opera chorus in Tulsa, and I just fell in love with it,” Hamilton said.

In addition to Hamilton, the opera’s chorus includes several Concordia students, such as sophomore Gabriel Walker, who has worked with the chorus since last fall.

Walker decided to audition for the opera at the suggestion of his voice instructor, and he credits his work for the opera as inspiring him to switch his major from music education to music performance last year.

Even the opera’s marketing director, Rachel Meier, is a Cobber alumnus–she graduated in May–

and she suspects her Cobber ring might have aided her in getting the job.

“It was definitely a connections thing,” Meier said.

The overall number of Cobbers in the opera’s chorus varies from year to year.

Hamilton said there are about 22 students in the chorus and three other voice faculty in “The Merry Widow,” which will open Oct. 25.

“It’s a great experience because a lot of college students have the opportunity to work with other artists . . . and to work alongside their voice instructors,” Walker said.

The opera’s season will begin Oct. 1, with the Midwest premiere of “Scenes from ‘Moby Dick’” to be performed at the Plains Art Museum in Fargo. Hamilton will perform a lead role in the production.

Following “Scenes from ‘Moby-Dick,’” the opera company will perform “The Merry Widow,” by Austrian composer Franz Lehár, which will include both Hamilton and the full chorus.

“It’s the only opera I know of with a kick line for the guys,” Hamilton said.

In March, the opera will host its first world premiere, with two operas based on the works of Edgar Allen Poe. The operas, titled “Buried Alive” and “Embedded,” were commissioned by New York’s American Lyric Theatre as part of The Poe Project, for which composers and writers were asked to adapt Poe’s stories for modern times.

“That will be a huge production,” Meier said.

Hamilton, like Walker, does not try to hide his enthusiasm for opera as art.

“It is a totally life-changing experience,” Hamilton said, “We have a stereotype of opera (being) large women in horns, but it’s not actually like that at all.”