‘Happiness: The Science behind your smile’

By: Nick Nelson
In: Blogs, Reviews
Tagged: Happiness: The science behind your smile, Review
With: 0 Comments 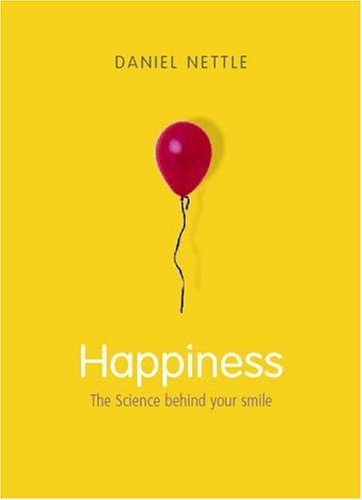 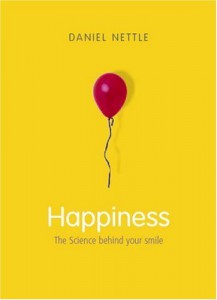 Being a part of the Cobber community during this year’s Symposium, everyone was instructed to read Happiness: The science behind your smile by Daniel Nettle. It covers a wide range of effects that happiness and mental health have on our everyday life, such as just accepting that our mundane life is only considered to be gloom because we have our comparison to the happiest moments in our lives.  For those who didn’t find time or were simply against reading it book this summer, I would highly advise you to borrow a copy from a neighbor and read it.

Daniel Nettle is an Oxford graduate who has consistently finished research in a plethora of topics and has published several books since 1998. He is currently a professor at the School of Psychology at Newcastle University in England and has been teaching there since 2004. Basically, he is a very smart man with an exceeding amount of education, which is shone through his vocabulary and sentence structure in his books.

Considering that his words are more than exemplary, it creates a barrier between the educated world and the about-to-be-educated world. By this I mean the vocabulary he uses is so difficult that in order to complete the sentence and understand its full meaning, the reader needs to have a dictionary sitting next to them the entire book.  While reading this book, I underlined multiple different words that I had to go and define later that day. The vocabulary words help to articulate his points. Granted at times they seem a little much, but bearing the journey forces the reader to grasp the concept that much further.

Each chapter Nettle writes brings light to a different form of happiness that people can use to either help their friends get over a loss or even just help themselves through a tough time. It sounds like this may be one of those “self-help” books, but indeed it is not. It provides information on the reasons why people are happy and how to sustain that happiness. He supports his arguments using different lab experiments. He includes some on how drugs affect euphoria in the brain and even an experiment done on mice. The experiment tested whether or not a being could react to a pad that produced “electric pleasure.”

All of the lab results and experiments Daniel Nettle brings into the equation help to realize that all humans have the same tendencies.  With his eclectic range of topics in each of his chapters, it is easy to see that happiness doesn’t come very easily.  Since this book gives such great insight, but not much entertainment, Happiness: The science behind your smile receives 4 out of 5 stars.

2013-10-05
Previous Post: “Earnest” is a Wilde Time
Next Post: Our democracy, not credit rating, is in jeopardy