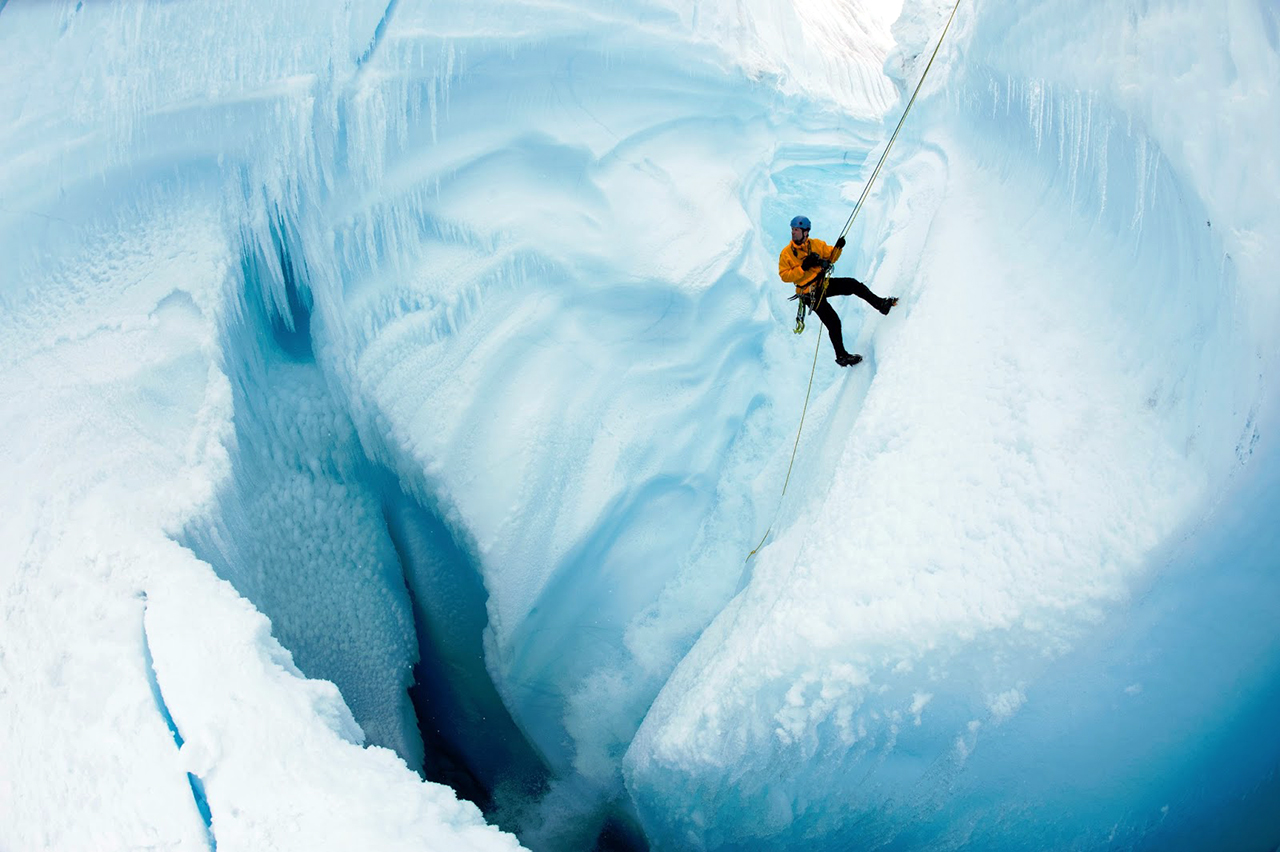 A panel of faculty members at the “Chasing Ice” viewing urged students to take action on campus.

Students and faculty members gathered in the Centrum Oct. 3 for a viewing of “Chasing Ice,” a documentary about the effects of climate change. After the viewing, a panel of faculty members from Concordia shared their input about the film before taking questions from audience members.

The film focused on photographer James Balog’s journey through the arctic. He attempted to capture the gravity and seriousness of global warming through photos.

Vanessa Cruz, junior political science and history major, found the film and panel to be enlightening.

“It was shocking to see the evidence. I think this is something that we need to pay more attention to, especially future generations. This is a problem that’s obviously not going away anytime soon,” Cruz said.

Aldrich-Wolfe started off the panel by reading the poem “O Taste and See,” to remind the audience of the importance of exploring the natural world.

“We have a mandate from God to care for creation,” Aldrich-Wolfe said.

Herman agreed with the notion, adding that when we go out in the world and explore and connect, it changes us.

Schultz noted that what struck him most about the film was the project’s focus on personal responsibility.

Schultz added that upper-middle class consumers are the driving force behind global warming, that we have to start deciding individually and then collectively as a community to do things about it.

“We need to democratize a solution to this issue. We can’t wait to ask corporate organizations to help; we have to take action ourselves,” Schultz said.

Many of the students posed the same question: how can we as students, as individuals, make a difference in the issue presented?

When asked about the issues posed with individuals being called to action, such as school and other obligations, the panel offered feedback.

“Every policy ever put into place was once one person’s idea. We need policies that are going to inspire people to take action,” Schultz said. “Policy becomes a kind of way to distance the problem from personal life choices. It is the greatest challenge the human species has ever faced. Everyone responds to the challenge in a unique way depending on what their gifts are.”

Cruz found the feedback from the faculty members to be eye-opening and insightful. She expressed the importance of students getting involved in big issues like global warming on campus.

“I think by empowering students through knowledge and working with campus administrators to develop different programs can allow Concordia students to be involved. Getting the information out there is a really important first step,” Cruz said.