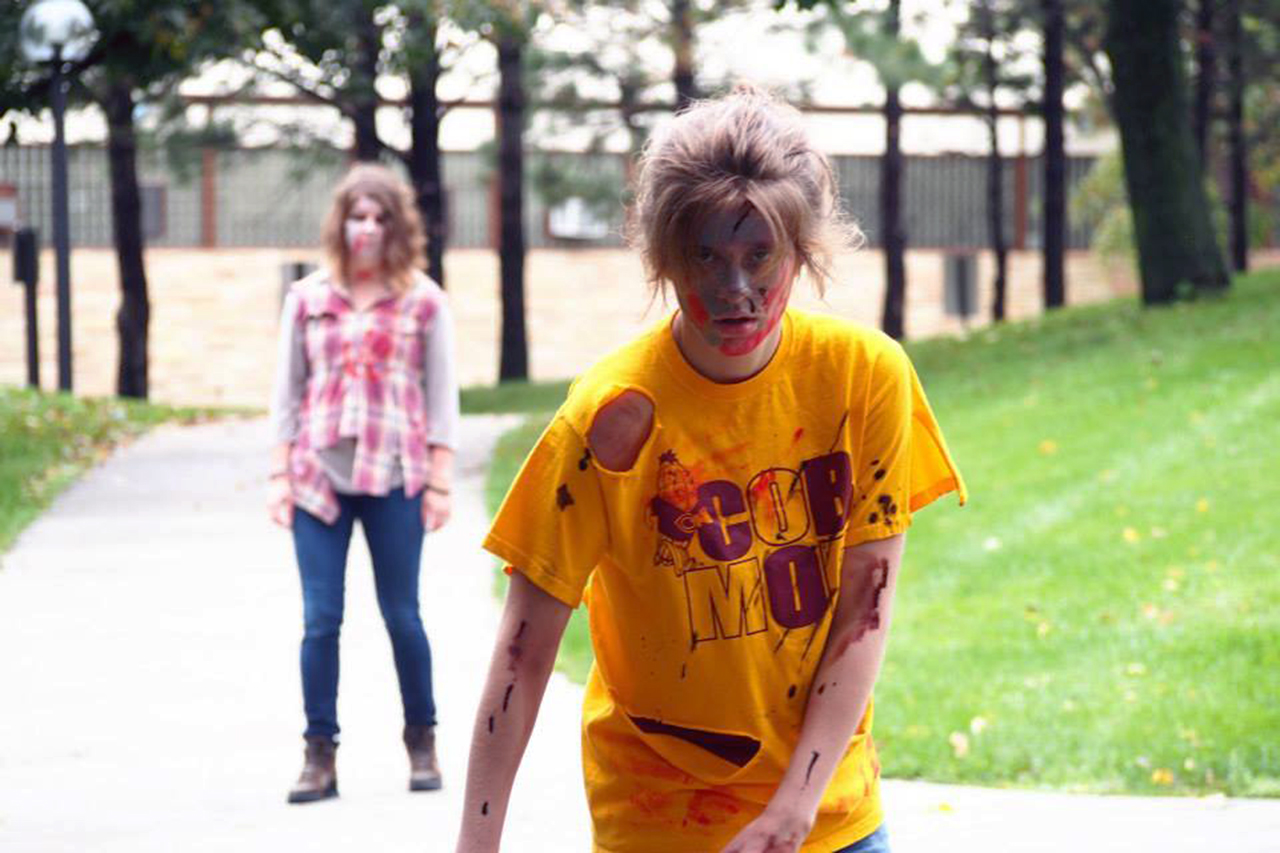 The Zombie Run consisted of running a course around campus with four different “Zombie Zones” throughout.

The course started and ended at the bell tower. Most students at the event participated in the run, while some dressed up as zombies for the zones.

The runners had two fabric pieces representing two lives. If the zombies took both lives away before the end of the race, the runners became zombies as well.

“(It’s) a cool way to get people involved in running,” said Nicole Anderson, health, wellness and diversity commissioner for CEC.

Zombie Run participant Mary Rappa has participated in many running events, but none quite like the Zombie Run.

Rappa liked running with her friends and seeing what surprises arose.

Dymoke also enjoyed the excitement of the unknown at each turn of the race.

“We all had no clue what the zombies were going to be like, so it was surprising, and that made it way fun,” Dymoke said.

“I think my favorite part were the zombies in the Brown courtyard.”

Tiffany Sieu participated in the event as a zombie.

“I’m really excited to be a part of Concordia’s first ever Zombie Run,” she said before the event.

Sieu enjoys theatre, so she was excited to play the zombie part.She said her zombie costume had to be altered a bit to accommodate for the weather. Some long leggings and a sweater over her ripped and red-stained dress did the trick.

“The event went great…We had a few people tell us they loved it and we should do it again,” Anderson said. She liked the possibility of the Zombie Run becoming an annual event.