Nichole’s Fine Pastry or: How I found happiness in cake form 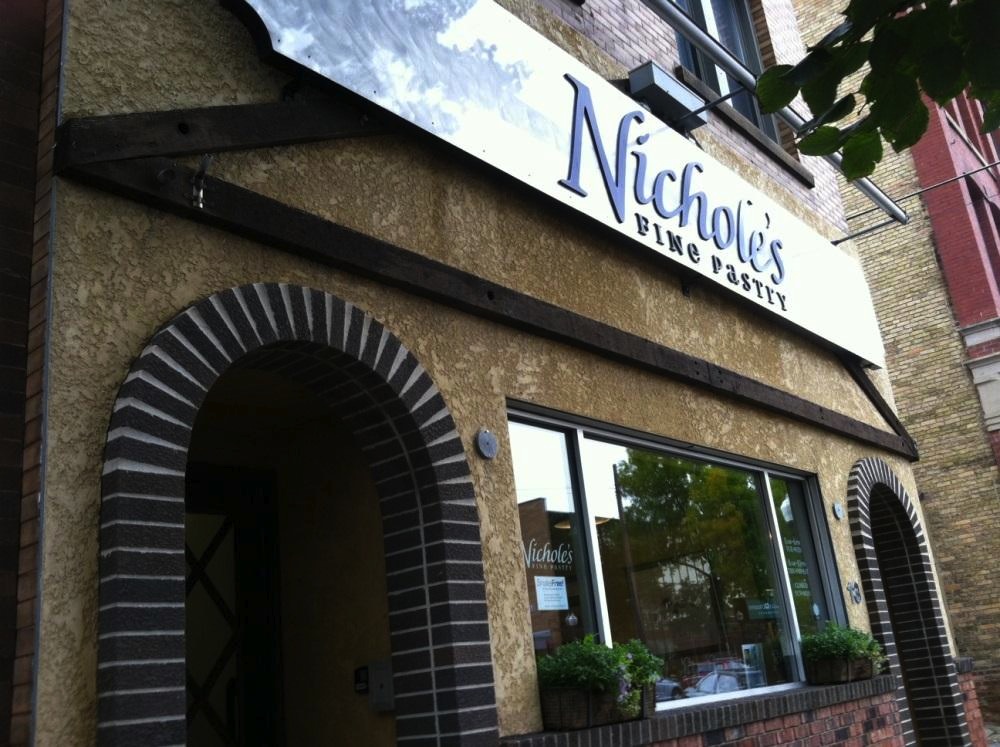 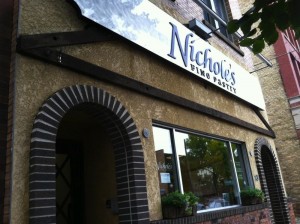 I am a firm believer that coffee and dessert are the two best cures for any ailment. I wake up in the morning just so I can have coffee and I eat my dinner just so I can get to the dessert course. That’s why reviewing Nichole’s Fine Pastry this week was such a joy.

Entering Nichole’s Fine Pastry is like leaving Fargo, North Dakota and stepping into a French boulangerie. An abundance of baked goods are shown off in a glass display case, lined up next to each other in all of their mouth-watering, tantalizing, glory. The shop felt very open and spacious with its high ceilings and chic décor even though people were streaming in at constant rate during my visit. I was glad to have a rather long line in front of me as I chose what I wanted to eat because the variety of pastries was nearly overwhelming. Nichole’s selection that day included (but was not limited to), chocolate turtle cheesecake, muffins, scones, sour cream raisin pie, and something called an Oreo Mousse Tower, which looked like a smooth black and white dome of heaven. It’s going on the list for my next visit.

I ended up choosing a dessert called the “Opera Cake,” which was alternating layers of chocolate mousse and almond cake soaked in coffee liqueur, topped with rich chocolate frosting, and a chocolate-covered coffee bean. A cup of French Press coffee went perfectly with the cake to balance out the sweetness. I can’t forget to mention that you can drink as much coffee as you want. 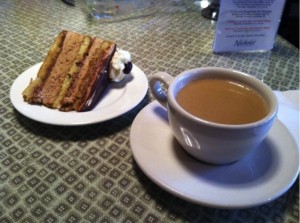 Yes, I believe I’ve found the happiest place on earth.

Nichole’s also has another side to their store which offers sandwiches and soups if you’re feeling like eating something more substantial. The friend I was with had a smoked turkey sandwich on ciabatta bread and a red velvet cupcake, which she was nice enough to let me try. They were both delicious.

When it comes to price, Nichole’s is a little more expensive than your average coffee date. But then again, I found nothing about Nichole’s to be “average.”  My Opera Cake was $5.50 and my friend’s sandwich was around $5 as well.  Cheaper options are available such as, an endless cup of coffee or a red velvet cupcake for only $2. If you’re looking for somewhere to take your parents next Family Weekend, take them to Nichole’s Fine Pastry and maybe they’ll treat you!