Fitness over 50: A gym of their own 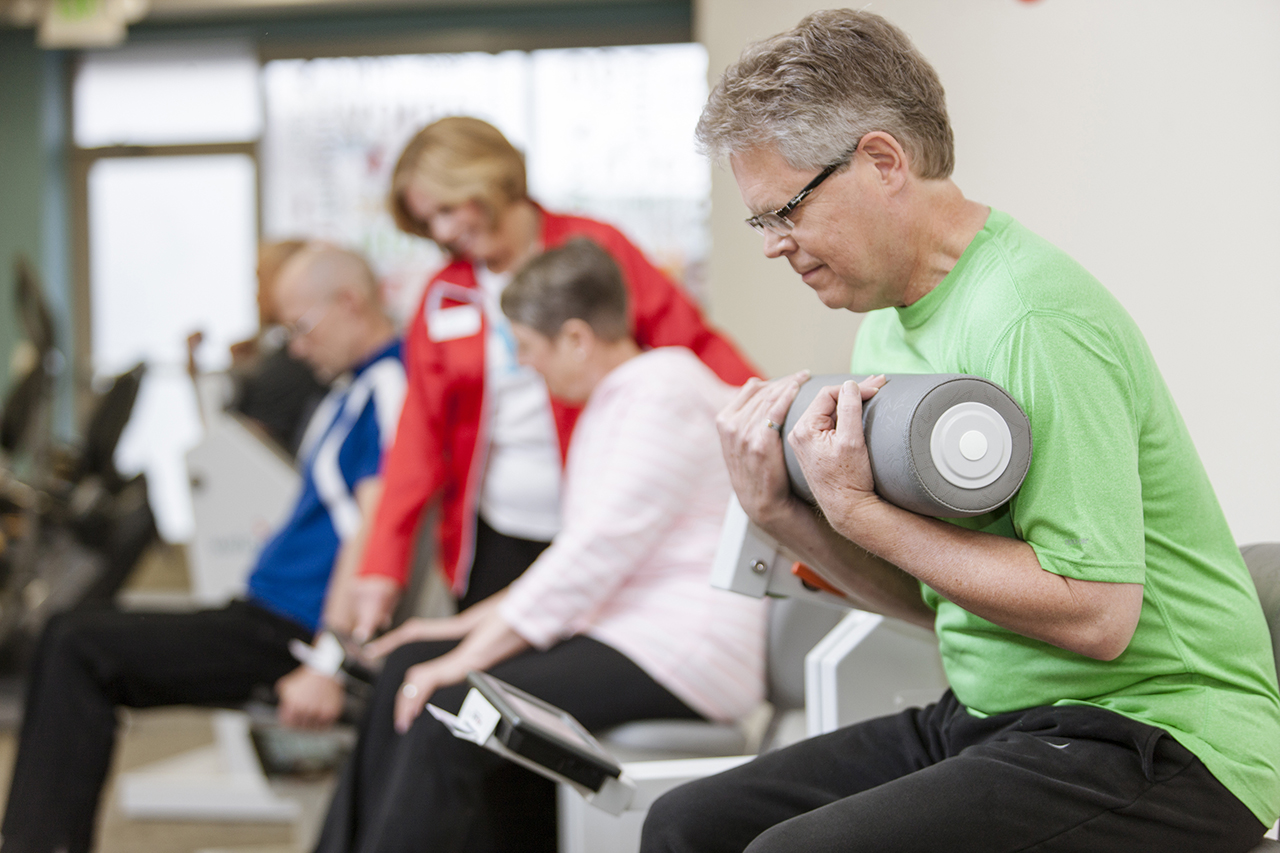 In today’s gym culture, the atmosphere is better appreciated by younger members. Music is generally played, televisions are scattered throughout the premises and members typically wear clothing that exposes their figure.

This particular atmosphere, however, can make it hard for seniors to enjoy going to the gym. For those people, Fargo has a new gym named Welcyon.

During her career as a nurse, Suzy Boerboom and her husband, Tom Boerboom, noticed that older patients did not take part in physical activities as much as they should. After noticing this, they started Welcyon, a gym for citizens aged 50 and up.

Boerboom said that as we age we are prone to having more health problems in our joints and muscles. One of Welcyon’s main missions is to help members exercise in hopes of preventing such injuries.

Fitness trainer Heather Teigen works with members on a variety of muscle-building techniques.

“We definitely want to see an improvement in their daily function,” Teigen said. “By the time we are 40 we have minimal muscle mass left, so we focus on muscle building.”

Former Concordia football head coach Jim Christopherson is currently working at Welcyon as a fitness coach. After retiring from coaching, Christopherson noticed how the elders in the community did not have access to non-intimidating gyms, so he decided to become part of the Welcyon team.

“I take care of the various machines we have,” Christopherson said. “I teach (members) how to operate the machines.”

Like a typical gym, members go at their own pace and complete various exercises depending on their goals. However, Welcyon helps members create their own personal exercise plans, too.

“Each member completes a 30-day routine on their own,” Teigen said. “Then we help them tweak their programs.”

Teigen said the feedback from members has been very positive.

“Members always question why more people have not done this,” Teigen said. “They are excited to be trained and enjoy working with their age group.”

Boerboom is very pleased with the current success of Welcyon and how much the gym has helped members get healthier.

“I like hearing about people who don’t have issues anymore, or who have been able to stop taking their medicines,” Boerboom said. “The relationships the fitness coaches form with members gives them a sense of belonging and helps them overall.”

Currently, the program is offering fitness advice to 100 members, and there are other gyms located in the Twin Cities and Sioux Falls. Boerboom hopes the concept of Welcyon continues to spread throughout the nation.

“Our overall goal is to help one million people,” Boerboom said. “We are advertising in every state and hope by 2016 to have 150 fitness centers.”

Boerboom hopes students will educate their elders about the benefits exercise can give them, despite their age.

“I think students should tell their grandparents there’s a place for them,” Boerboom said. “You should try and help them recognize that just because they’re older doesn’t mean they’re weak. They can still build muscle and improve their balance.”

Boerboom hopes citizens of the Fargo-Moorhead area who are 50 or older and looking for ways to become more active consider coming out to Welcyon.

“It’s never too late,” Boerboom said.” You can get strong and live an active life if you want to.”