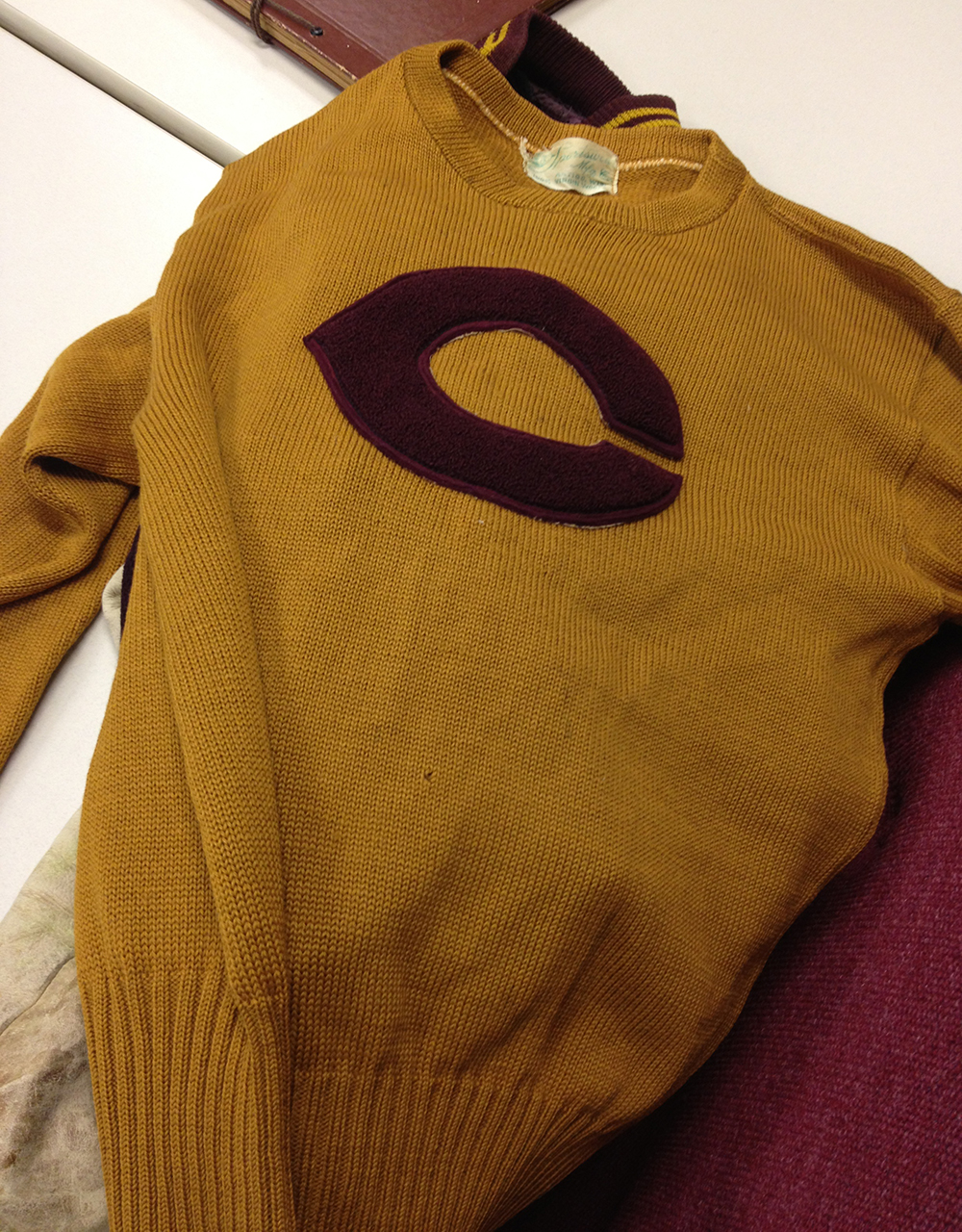 Rings, buttons and a maroon and gold stuffed animal dog. All contributions by Concordia alumni to the archives’ latest project.

The Concordia archives are in the process of compiling artifacts from both present and past students to create the Concordia Memory Project. Over homecoming, the archives, along with Joy Lintelman’s History 112 class, hosted the History Harvest. Alumni could come and share their stories, objects and photos with the students. Each artifact was digitally recorded and documented.

The students in the United States history class are working through the semester to organize all the artifacts, learning how to collect detailed historical records and process the materials.

She explained that the records help students understand history and the context of it in a very real way. It creates a different awareness than what Google can provide, she said.

The overall project of collecting artifacts from students over the years provides insight to student life at Concordia.

Bjorn Altenburg, a sophomore in the class, said it puts Concordia’s age into perspective. As a fifth generation Cobber, he said it would be nice to one day know what Concordia was like when his great-great-grandmother was a student.

Altenburg was one of the students digitizing the objects by scanning them as they were brought in, and he found some interesting material.

A songbook was brought in to be archived during the event. As Altenburg scanned the pages, he noticed that the pages contained handwritten cheers for the college in the 1920s. This was the only way for the cheers to be shared with other students at the time, he said. Today they could be posted to Facebook and shared with the student body within minutes.

Lisa Sjoberg, the college archivist and digital collections librarian, said student life is very difficult to document, as it exists as everyday life and experiences. But the artifacts the students have been collecting provide a little bit of insight.

“It gives students a voice about their time here,” Sjoberg said.

Among the different artifacts, a small notebook from the 1920s was brought to be scanned. Within the female student’s notebook, after pages of class notes and school cheers, a list of her expenses were written down. This student’s tuition was $132 and her most recent train ticket cost $2.56.

“It’s a really nice window into the life of a female student in the 20s,” Lintelman said. It helps connect what is going on locally to the broader society, she said.

Sjoberg and Lintelman have been working on this in an attempt to develop a digital history on campus. Because of a technology grant they received this summer, they have the means to compile the artifacts in an online database that will be accessible to everyone. Sjoberg said they will also be able to create online exhibitions through this database.

This is Sjoberg and Lintelman’s third main digital archives project, but it has also been the most ambitious.

Altenburg, who is the great-grandson of Ralph Ivers — whom the Ivers science building is named after — said that this project has brought the importance of remembering to life.

“There are still some mysteries out there,” he said. “(But) it … puts an importance on the preservation of history.”