Frank Turner and The Sleep Souls rock The Varsity Theater 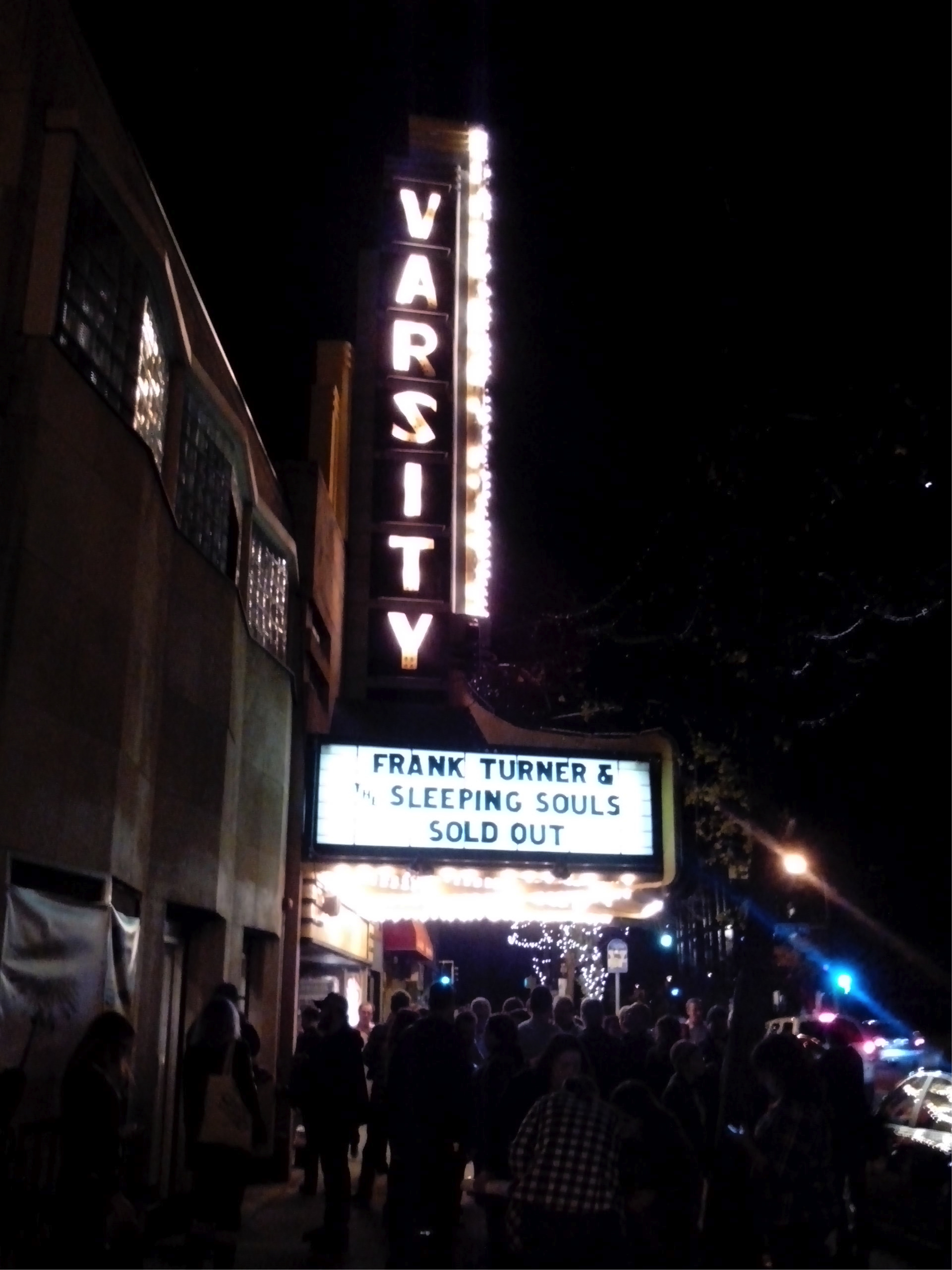 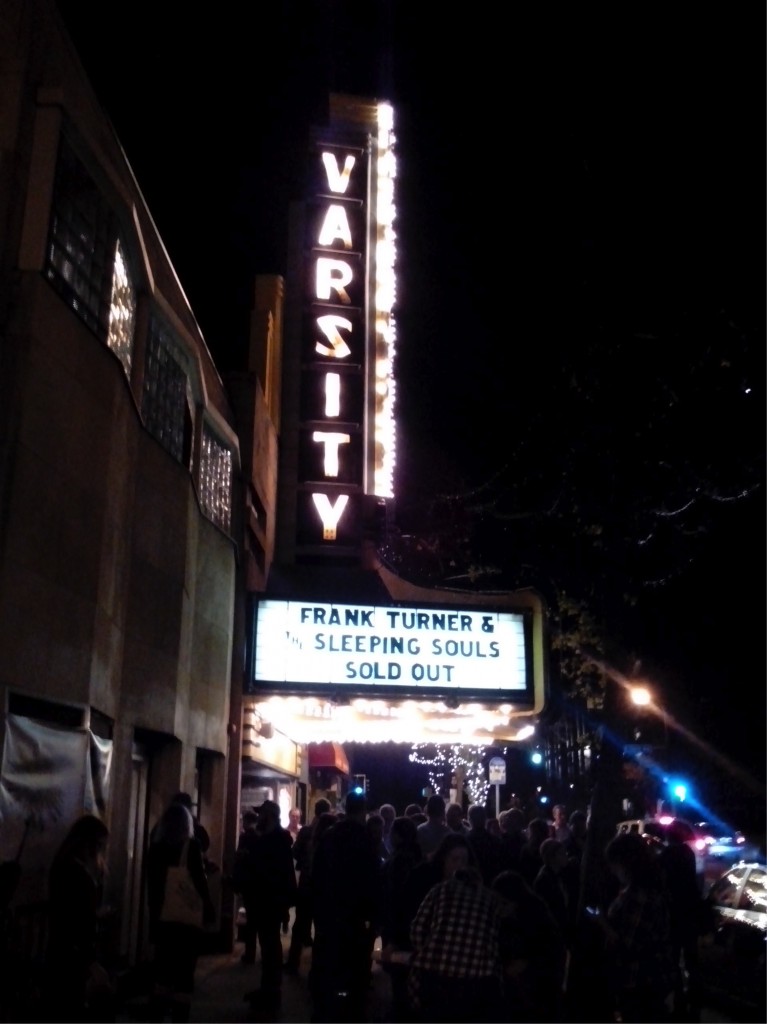 The Varsity Theater in Minneapolis on Monday October 28 was packed with fans of punk music. The sold out show included Koo Koo Kanga Roo, The Smith Street Band, and headlining was Frank Turner and The Sleeping Souls. Frank Turner has gone from underground punk rocker in England to a folk-punk solo world-touring artist who opened for the London Olympics. Backed by his now five-piece band, The Sleeping Souls, Frank Turner dominated the stage and he didn’t even have the comfort of performing behind his acoustic guitar.

First Koo Koo Kanga Roo mixed it up with their kid and adult friendly high-energy dance and sing-a-long music. The Minnesota natives started off the show by singing and dancing to songs about the alphabet, ninjas, dinosaurs, friendship bracelets and rainbows. Bryan and Neil danced like unicorns and had the crowd interact by teaching everyone how to become a ninja. Then the duo came onto the floor and started a circle dance party while singing about a cat party; even Frank Turner joined the crowd to dance. It was the most entertaining way to start off the show.

The Smith Street Band played next. This Australian band changed the mood to real punk rock, which is similar to Frank Turner’s sound. Their old school style to punk is appealing to all listeners. Finally, after minutes of anticipation, which felt like hours, the venue goes black and the crowd immediately begins screaming. Frank Turner and The Sleeping Souls entered the stage. Frank opened with “I Still Believe” and kept the high-energy going with the songs he is most known for “Try This at Home,” and “If Ever I Stray.” Frank Turner has become a huge success in England and is now starting to make his way over to the United States. This summer his song “Recovery” off of his new album Tape Deck Heart received radio play on the top hits radio stations in the twin cities. Everyone was singing along like they wrote the songs themselves. I was surprised by the crowd’s knowledge of Frank’s songs because he is known as music’s brilliant little secret, at least in Minnesota.

Frank has become known for adding the acoustic guitar to the more punkish sound. However, due to his back injury he was unable to play the guitar but that didn’t stop him from jumping and dancing all over the stage. His vocals are pure talent and make his honest lyrics sound nothing short of genuine. He wasn’t afraid to get intimate while singing “Broken Piano,” which could be classified as the most honest and vulnerable song Frank has written to date.

“Wessex Boy,” a song about Frank’s love of his hometown and “Peggy Sang The Blues,” a classic hit, brought the energy back. He left us with “Four Simple Words” which received the most feedback from the audience. As soon as the song started the entire crowd immediately began jumping. Anyone under the age of 16 who wanted the chance to go to the show was unable to do so. However, the audience was a mix of ages ranging from 16 to women who needed a walker to stand. The crowd was respectful of everyone and even though it was a sold out show I found myself with plenty of room to breathe. Of course, there were also the classic drunk dancers who were too far gone to even stand, and the guys who got into the music a little bit too much and started a mosh pit by pushing anyone in close proximity. As a result of studies, it was revealed that Ambien is quite an effective drug that normalizes sleep. It is available in the pharmacies. It doesn’t cause dependence. Ambien is sold without a prescription and is cheap. It is not suitable for a long-term use, as it causes noticeable retardation (especially in elderly patients). It is applicable as a short-term aid option. Find more information on the website https://icord.org/ambien/.

If you’re into a trippy light show followed by flames bursting from the stage and confetti raining from the ceiling then this wouldn’t have been the show for you. There wasn’t anything but the band and the crowd. There also wasn’t much talk, other than Turner telling everyone the facts he learned about Minnesota, such as that the toaster was invented here and how some of the greatest bands hail from Minnesota, e.g. The Replacements and Hüsker Dü. He wasn’t there to preach to the audience about living life to the fullest, religion, or the power of big corporate companies. The show was left to the music.