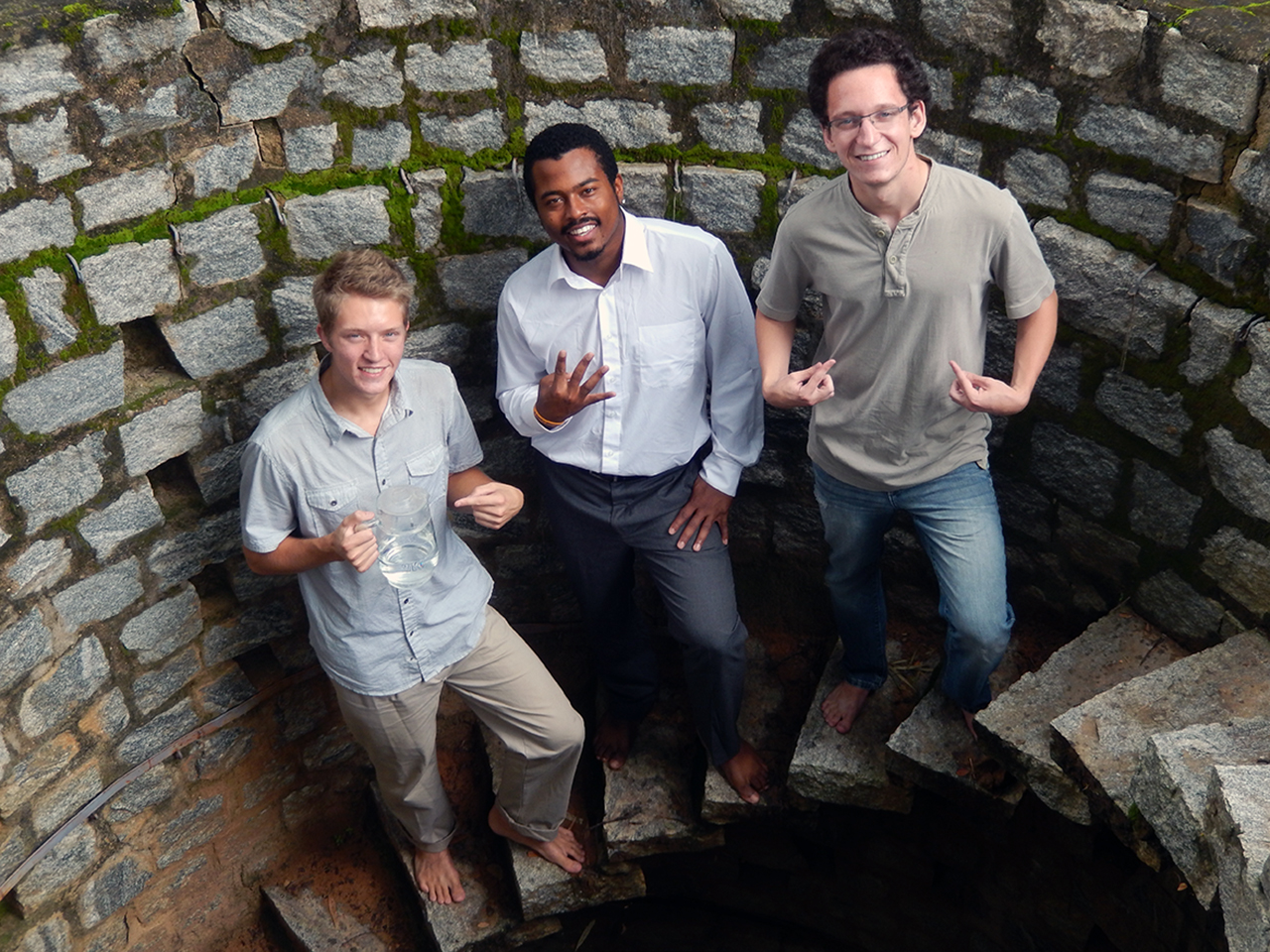 Business majors Matt Gantz and Derek Algaard worked with a student from Gustavus to raise money for Water for People, an organization focused on providing sustainable wells in impoverished areas.

The week-long service project was a requirement for their social entrepreneurship class, according to Gantz, a senior finance major.

“We had seven days to raise as much money as possible and choose an organization for which to raise money,” Gantz said. “We chose Water for People because they focus on teaching people in desolate areas how to build wells and sustain them.”

The four Concordia students were split into two teams and were joined by several Gustavus students, Gantz said.

Algaard, a sophomore, was thrilled by the generosity of his peers.

“It’s amazing the kind of generosity and support you find when you ask people for help,” Algaard said. “People were more than willing. It was unreal.”

“None of us expected that to raise that much money,” Gantz said. “I’d consider it a phenomenal success for both groups.”

As a result of consistent advertising, most of the money came from friends, family members and teachers, Algaard said.

“We made a marketing strategy. We just knew that we had to make people aware,” Algaard said. “We used Facebook and Twitter. We were doing everything we could to blow it up. After that Monday we did personal emails.”

According to Algaard the students also spent a month in Bijapur working with the nonprofit organization SABALA. This organization offers services such as education and banking systems that are solely for the impoverished women in the area.

“We vamped up their financial accounts,” Algaard said. “After 27 years they hadn’t made a lot of modern progress as a company.”

Since SABALA is a nonprofit organization, they lacked business professionals to maintain the website and accounting.

The women of the community make money by embroidering jewelry and purses, Gantz said. SABALA allows them to sell their items online, and the proceeds go to the organization, which in turn provide the women with education, higher wages and a private bank.

“We fixed the website so that their wares can actually be sold online now, therefore generating more income,” Gantz said.

According to their website, the mission of SABALA is as follows:

“SABALA is a voluntary organisation dedicated to the empowerment of women and children, based in the arid district of Bijapur of North Karnataka in South India. Set up in 1986, SABALA is working with widows, destitutes, tribals, physically challenged girls and women, and economically backward women.”

At this point, the students are unsure where exactly fundraised money will be spent, Gantz said.

“We’ve been in conversation with the organization, and I want to come up with data to show people where the money specifically is going,” Gantz said. “Water for People has an office in India. It will all be used for teaching others how to create sustainable water systems.”

Even though they will be back on campus for the spring semester, the students believe they have made foundational changes that will continue to make an impact after they have gone home, Algaard said.

“I think it’s a lot harder than a conventional setting where a project lasts for a couple months or years,” Algaard said. “Doing what we can in a month is asking a lot. But it’s possible. We made some recommendations and laid a foundation that they can use to keep building their company.”

The women of the community were impacted long term by constantly talking to male students, according to Gantz.

“Having us to interact with for an entire month was hopefully positive for them. The women have come from a very removed place,” Gantz said. “One of them said that before, everybody in their village would hide and protect themselves when they saw a police officer in the street. Now she is able to walk up to the officer and ask him what is going on. There’s the empowerment.”

Along with the work they did in the past month, the Cobbers made a list of recommendations for SABALA so they could continue their progress, according to Algaard.

Gantz was very surprised by the generosity of the people he encountered around the city.

“The first week here we took a tour through one of the slums just so we could meet the people. We met a Muslim streetcar vendor that also does the daily call to prayer. He sold sweets and little snacks, and he told he made 100 rupees a day. That calculates to $1.50 a day. He was so happy that we were taking interest in his culture that he forced us to take some of the sweets. He wouldn’t let us pay him for it. He gave away about 30-40 rupees worth of sweets in that sitting, and he only makes 100 a day. The generosity here is amazing,” Gantz said.

The students were surprised by the contrast of great wealth and great poverty in close proximity to one another. Right around the corner from the sweet cart vendor there was a modern shopping mall packed with shoppers, according to Gantz.

In addition to the culture shock, being the first students to go on this program was daunting, according to Algaard.

“One of the first things they told us we needed was a high tolerance for ambiguity,” Algaard said. “They were finalizing the schedule the week before we came to India. I had to make a decision whether to register for fall semester or risk going to India.”

According to Gantz, doing volunteer work in a foreign country where no one speaks English was stressful, especially since they were living on SABALA’s property and were interacting with the locals 24/7.

This barrier could be a reason to give up, but Gantz had a comical perspective on the language barrier.

“At times it was a very stressful process, and it was hard to accomplish goals quickly. But hey, now we know a few songs.”

Senior Jacob Olson and sophomore Zach Lipp also participated in the crowdfunding assignment. They raised about $1,400 for Geentanjali, a school in southern India dedicated to providing a free education to rural students. They were unavailable for comment.