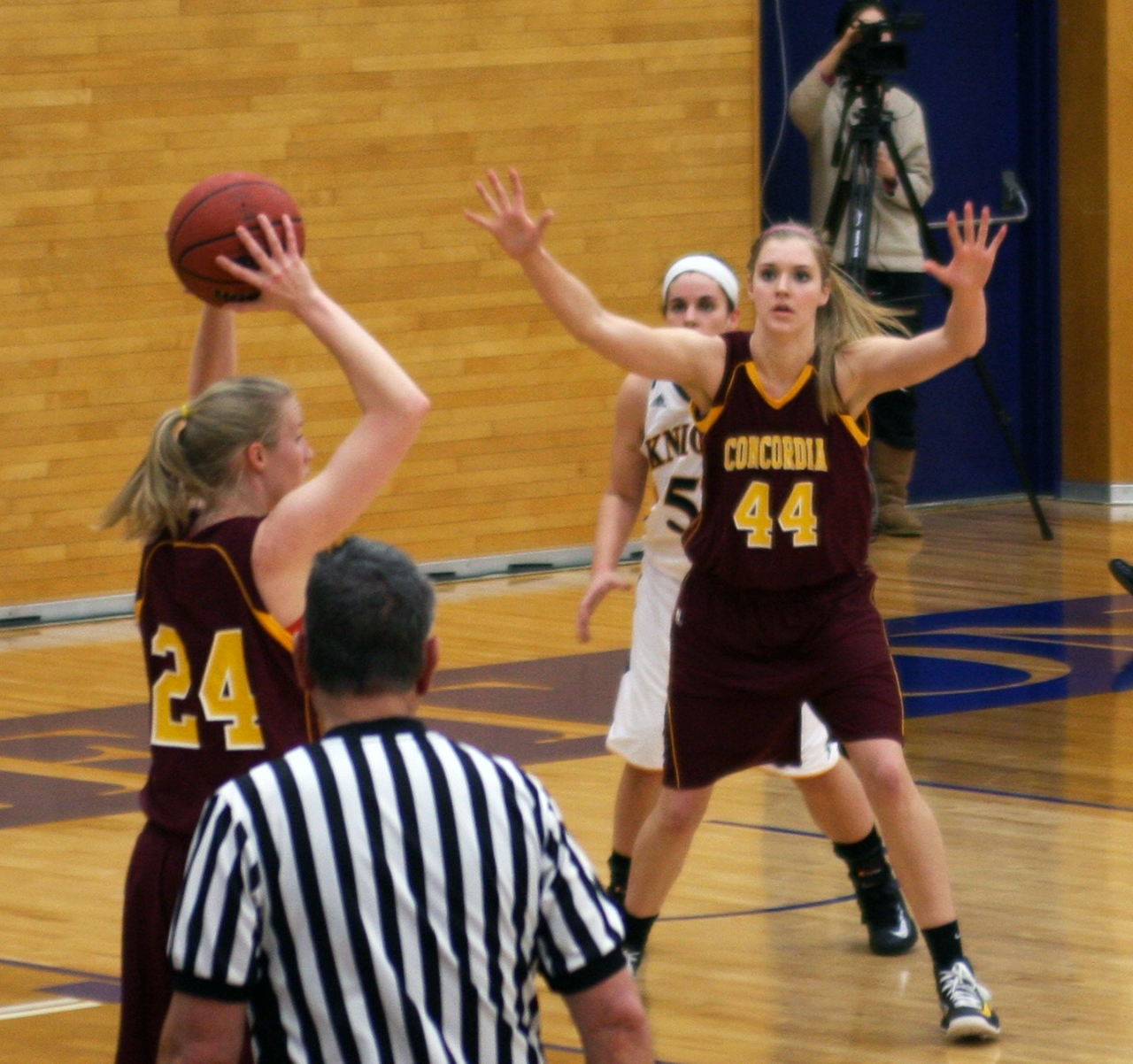 “It’s fun to be able to put some pucks in the net. Scoring eight goals on the weekend and only giving up one was a real fun way to start,” said head coach Chris Howe.

The team’s theme for this season is staying present in the present moment. They challenge themselves to focus on the current game or practice instead of the next one.

“We have three things that we focus on constantly: winning, accountability and hard work,” Howe said.

Howe’s team takes ownership and keeps each other accountable. With seven seniors on the team this year the team has strong leadership.

Improving and succeeding in hockey is important to Howe, but there is more to hockey for him. He encourages his players to give everything without expecting anything in return.

“We as a team say there is absolutely no limits to what we can do,” Howe said.

Howe wants the students and fans to know it means a lot to the team when they are present to cheer them on at games.

“We really enjoy when the students come, it’s great … When you’re there we really feel your presence,” Howe said.

The first Cobber men’s hockey home game will be Nov. 22 against Bethel at 7 p.m. in the Moorhead Sports Center.

The Cobber’s wrestling season is already underway with their first competition against the NDSU Bison Nov. 9. The team did well with seven wrestlers placing in the top 5 of their weight class.

The team has 36 athletes on their roster and four strong captains: Cody Kasprick, Jake Long, Kyle LeDuc and Sebastian Gardner. The team took in 15 freshmen this season.

“They’re one big family, and they look out for each other. The older guys do a great job of mentoring the younger guys,” Nagel said.

The team ended last season with taking second in the West Regional Tournament, 11 points behind Augsburg.

Their biggest goals for this year are to win the West Regional Tournament and to place in the top 4 in the country.

“They’re doing exactly what they should be doing. They continue to improve every day,” Nagel said.

“I’m looking forward to them doing well and getting a little bit of reward for all the work that they’ve done,” Nagel said.

Nagel expects his athletes to keep a certain attitude.

“The biggest thing for them is that they have to believe in themselves,” Nagel said.

The wrestling team will continue their season with a competition Nov. 13 at Southwest Minnesota State.

The women’s basketball team won the MIAC Conference last year and will go into this year with the goal of keeping that title. The team has started preparing for their first game — Nov. 15, versus Houghton — by weight lifting and practicing on the court.

The team has taken this preparation time to not only work on their physical skills but to also get to know the new players and blend as a team.

“It was evident to me that they’ve gotten to know each other pretty well,” said head coach Jessica Rahman.

Rahman is looking forward to getting to know the new players and watching the team blend together.

“The key in finding those combinations that work the best is the returning group and how we blend everybody together with the new freshman group,” Rahman said.

Rahman and her team have some big-picture goals, but they choose to focus more on the daily things that will get them to where they want to be.

“Right here, right now” is their theme of the season. Making the best of each moment is what they will focus on.

“It’s amazing what gets done when nobody cares who gets the credit,” Rahman said.

This mantra is something she instills in her players. She focuses on the importance of teamwork.

Erika Jossart, Alexandra Lippert and Kelsey Walloch, all seniors and co-captains, will be the team’s leaders off and on the court this season.

Rahman feels confident in their leadership and is excited that the season is starting up again.

This year the coaching staff of the men’s basketball team is faced with a challenge.

After graduating six seniors last year, the team does not have any seniors left for the new season. Four juniors and underclassmen make up the team.

The challenge the coaching staff faces is catching up all of the new players with the Cobber formations and plays.

Patience is what head coach Rich Glas said is important for the coaching staff to have. A lot of repetition is used to help ingrain the Cobber plays into the players’ minds.

“We’ve got some young talent. It’s just a matter of how fast can they learn and grasp things,” Glas said.

Experience is an important factor when it comes to a young team.

The pressure varsity game situations put on players can interfere with their performance.

The ability to calm the anxiety that often arises when the game lights turn on comes from experience.

Glas thinks that the more experience the players get this season, the better they will get at being under pressure.

“I do understand that experience is an important factor … (But) I tell them just because you’re young doesn’t mean you can’t be any good,” Glas said.

The team’s theme for this season is relentlessness. Giving everything they have to every practice and game will help the team be successful.

Overall Glas is excited for the challenge of this new season and is looking forward to seeing which players will step up and stand out.

The men’s basketball team starts their season with a game against the University of Minnesota Morris Friday, Nov. 13 at 7 p.m. in Memorial Auditorium.

The women’s swimming and diving team has 23 swimmers this season, the largest roster they have had in years. They also have a new coach, Ronald Hehn.

Their goals for the season include placing better in the MIAC than last year and breaking into the top 4 relays in the conference.

Over half the team consists of freshmen. This fact combined with the large roster makes the dynamics of the team different from previous years.

The team took a trip to the Concordia Language Villages to get to know each other better.

“Letting these freshmen feel like they can contribute (to the team), making them feel comfortable and confident, that’s really a goal,” Hehn said.

With morning practice and a lot of physical demands, the pre-season is a lot of hard work. Hehn sees this part of the season as his chance to find out who is fully committed to the team.

“The freshmen have been embraced warmly by the upperclassmen,” Hehn said.

The team recently got their uniforms, caps and suits for this season.

Hehn thinks this will help encourage team unity. He and his team focus on building the team as a whole. He sees that all his athletes want the team to succeed.

“You can’t win a championship with only one athlete, (but) you can win it with a team,” Hehn said.

The team broke in their new suits at the meet against Northern State Nov. 8.

All three of these games were home games at the Moorhead Sports Center.

Although there were no goals scored in this game, the Cobbers trumped Stevens Point in face-offs, winning 27 of the 38.

The team will continue their season with two more home games against Gustavus Nov. 15-16.