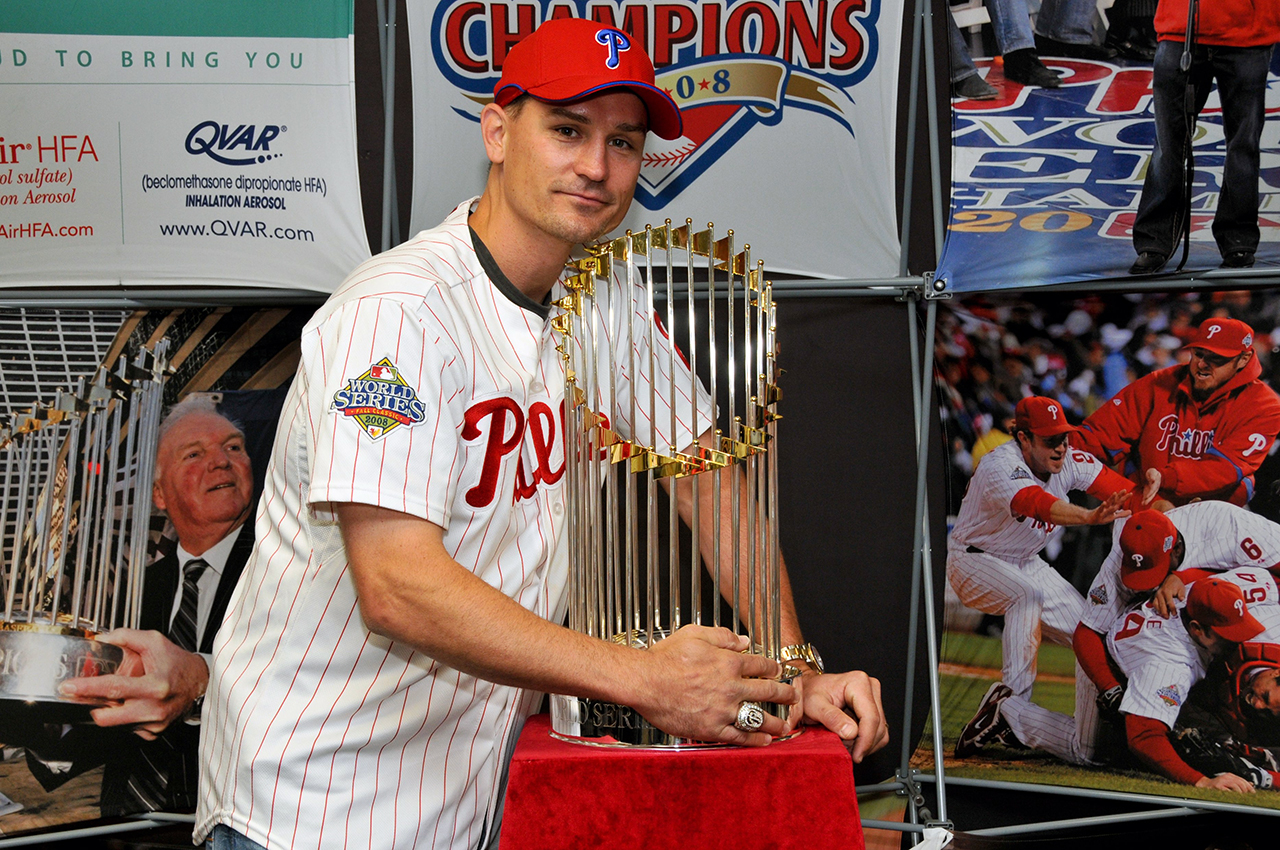 Concordia assistant baseball coach and Fargo native Chris Coste has had a magnificent baseball career that has taken him many places.

After making a stop in the minor leagues, he eventually accomplished his dream of playing Major League Baseball and winning a World Series with the Philadelphia Phillies.

Next season at Concordia, Coste will begin the next chapter of his baseball career by stepping into the head coaching position for the baseball program.

Transferring to Concordia as a sophomore back in the 90s, Coste found the “fun” in baseball he was missing at Kishwaukee College, where he had lost his enjoyment for the game.

The fun translated to success, which led to three Minnesota Intercollegiate Athletic Conference awards for Most Valuable Player during his time at Concordia.

Coste realized on the first day of fall baseball that Coach Burgau made the difference.

Burgau agreed that Coste was the correct fit for the team, stating “I knew right away that the program would be better from a win-loss standpoint with Chris coming in. He was a good fielder, good hitter and probably the best pitcher,” Burgau said.

Coste recalled winning the 1995 MIAC championship on the final day of the season his senior year and credited that moment as one of his favorite memories during his playing days at Concordia.

Little did he know that he would actually take over for him all these years later.

In 1995, after his college career, Coste began playing independent professional baseball, spending time in Brainerd, Minn. and Brandon, Manitoba.
He returned to the area in 1996 to sign with the newly organized Fargo-Moorhead Redhawks, where he had the opportunity to play in front of family, friends and former teammates for four seasons.

Playing for the Redhawks in the newly constructed Newman Outdoor Field was exciting for Coste.

“Every time we went to the ballpark, the fans made us feel like major leaguers,” Coste said.

In 2000, Coste signed a minor league deal with the Cleveland Indians and spent time in their minor league system.

Between 2000 and 2006, Coste spent time in the farm systems of the Milwaukee Brewers, Boston Red Sox and Philadelphia Phillies.

He always enjoyed the excitement of knowing that any day could be the day he would be called up to the majors.

On a typical day in 2006, Coste got a phone call from his Triple-A manager, telling him to pack his bags because he was going to Philadelphia.

With a trip to Philadelphia, Coste assumed he was being released by the organization because of the poor numbers he was putting up at the time.

Instead, his manager told him he was going to the big leagues.

“I thought I was in a dream and that I would eventually wake up. I had to pinch myself because I didn’t think it was real,” Coste said.

Coste said it was “meant to be” for him to go to the big leagues in Philadelphia.

He said that with his story and overcoming the odds, there was no other city that would have taken him in the way Philadelphia did.

“I was an average backup major league catcher, but they made me feel like a superstar,” Coste said.

In the 2008 postseason, the Phillies came in as the underdog in each round, but each time they played their best game.

Coste played alongside many great players, including Chase Utley, Ryan Howard and Jimmy Rollins, who were in their prime.

“Each pitch is so important, and it was very intense,” Coste said of postseason experience

The Phillies advanced to the World Series to play the Tampa Bay Rays, and Coste had the opportunity to start the first game for the Phillies as the designated hitter, though he did not manage to get a hit in his four at-bats.

During the remaining four games of the series, Coste was a self-admitted “nervous wreck” as he watched from the bench.

While it was only game five, the “intensity felt like game seven,” Coste said.

It was a tense moment for Coste and his teammates. When Philadelphia recorded the final out, Coste experienced the same dream-like sensation he had when called up to the majors.

Coste remembers the “dog pile” with the team and seeing his family and friends on the field after the game.

He said the feeling of winning the World Series really kicked in during the parade a few days later, in which 1.5 million Philadelphia fans provided “six hours of the most positive emotion you could feel.”

While many people influenced his career, Chris said his biggest mentor was his grandfather.

“He’s the reason I got into baseball at such a young age,” Coste said.

Another influence of his career was Redhawks manager, Doug Simunic.

“He gave me my first professional shot when nobody knew who I was,” Coste said.
Coste went on to say, “Without the Redhawks, I never would have made the big leagues.”

The words of former minor league manager, Eric Wedge, resonated with Coste when he said, “Don’t give up. You’re going to make it to the big leagues, even if you’re forty.”

Finally, Phillies manager Charlie Manuel impacted Coste by being the first person to recognize him as a catcher and fighting to keep him on the team.

Coste returned to Fargo-Moorhead after Tommy John surgery forced him to retire.

Not knowing what to expect, Coste joined the coaching staff to see if it was right for him.

After the first year, he loved it, and after the second year he knew he had made the right decision.

“Bucky is the guy you’d want for a dad,” Coste said.

Burgau has not only welcomed him back to the team but has also helped him hone his coaching skills.

“I really believe that Chris Coste is the only person that I would have done this for,” Burgau said.

He went on to say, “Coste brings instant credibility as a coach to the Concordia program because of his experience through thirteen years of professional baseball.”

Burgau believes Coste will take the Concordia baseball program to a new level.

“I couldn’t be more excited to be (Coste’s) assistant,” Burgau said.
Burgau stressed that Coste has the complete package: knowledge, experience and the fact he is a wonderful human being.

“He is a good fit for Concordia,” Burgau said.