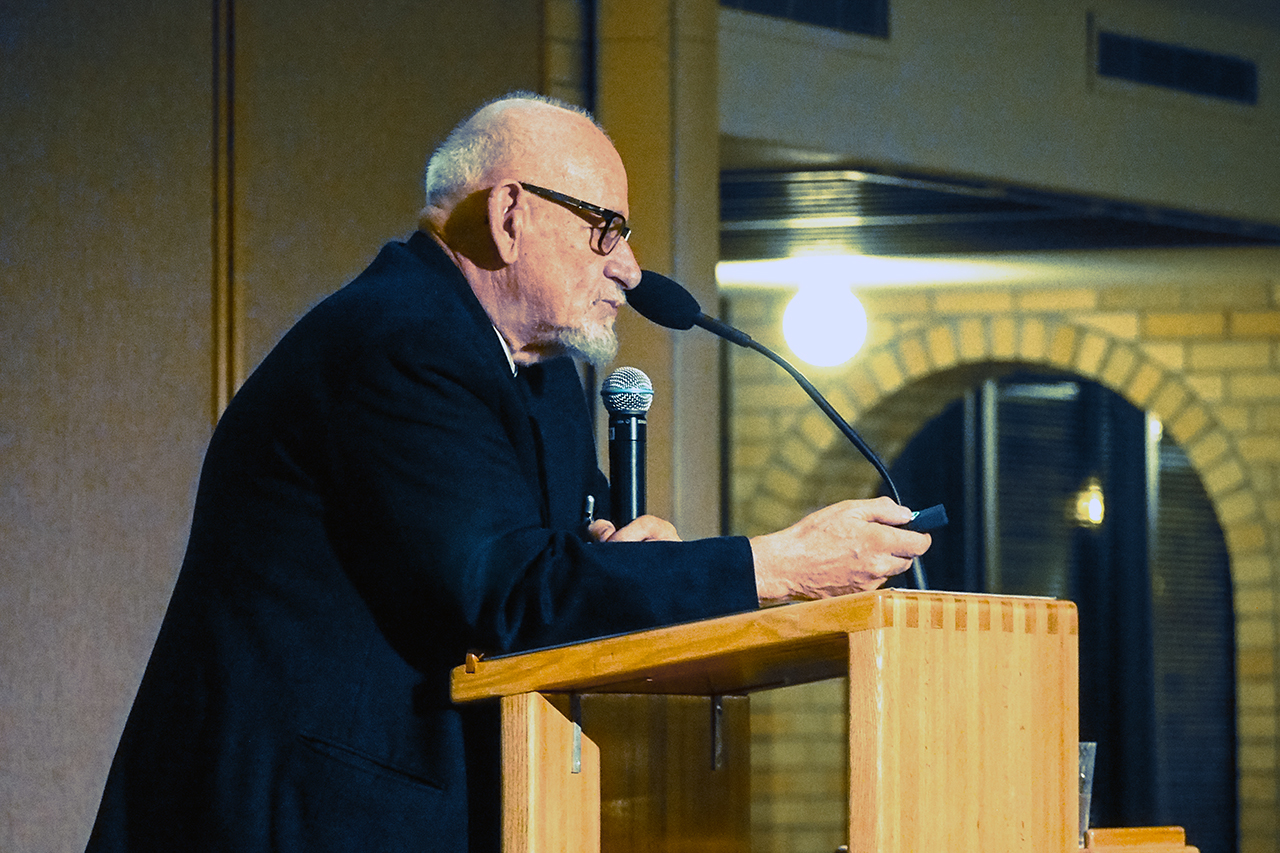 1995 Nobel Peace Prize recipient Francesco Calogero was on campus this past week to discuss his research on nuclear weapons and how to be an ethical scientist.

Calogero argued that not only is a nuclear attack possible today, it is very likely. An atomic bomb can destroy an entire city in mere seconds, he said, and the likelihood of terrorist groups getting their hands on such weapons is great.

Professor Ernest Simmons of the religion department was involved in making Calogero’s visit to campus possible.

“These lectures were a good example of how religion and science, particularly in the area of social ethics, can cooperate and do not need to compete.”

Simmons assisted by inviting Calogero to be the Oen Fellowship lecturer for this year, he said. The lecture Thursday night was set as the Religion 100 enrichment lecture for this semester, which is a required lecture for all Religion 100 students.

The Oen Fellowship Lecture happens annually on campus and is funded by Ordean and Carol Oen, according to Simmons.

This year’s focus on scientific ethics included three lectures and a student panel. Calogero spoke on “cool numbers” Monday. Wednesday he presented research on the feasibility and desirability of a nuclear-weapons-free world, and he spoke on the ethical obligations of scientists Thursday. The week concluded with a student panel Friday, in which four students presented different arguments regarding the desirability and feasibility of the planet becoming nuclear-weapon free.

As a physicist, Calogero is actively seeking a world free of nuclear weapons and stresses the necessity of world leaders being in active pursuit of such a future. Calogero named President Obama as an example of a president really interested in eliminating nuclear weapons.

Obama delivered a speech in Prague on April 5, 2009, which described his future desires and initiatives for decreasing the prevalence of these weapons. According to Calogero, this is the most important pronouncement of a public figure thus far, and he hopes to see more in the years to come.

Calogero believes that the likelihood of terrorist groups in the Middle East acquiring nuclear weapons is high, and several students at Concordia are also concerned by this threat. Students on campus realized this issue needs to be talked about now, both at a collegiate level and by those in power.

“There exist terrorist groups that would cause such a disaster if they could,” Calogero said.

Calogero directly stated what he sees as the necessary steps in moving toward a world free of nuclear weapons.

First, the United States and Russia need to partner up and include China to further the progress of nuclear disarmament. Calogero would also like to see the ratification of the Test Ban Treaty, which would prohibit nuclear weapons tests in the atmosphere, outer space and underwater.

According to the United States Office for Disarmament Affairs, the Treaty on the Non-Proliferation of Nuclear Weapons prevents the spread of nuclear weapons and weapons technology. The goal of the treaty is to eventually achieve complete disarmament and was signed by 190 countries in 1968.

The planning for Calogero’s visit began last spring, according to political science professor Rebecca Moore, who was responsible for organizing the student response panel Friday morning with assistance from her students.

All of the students in Moore’s class were very much involved in preparing the arguments for the panel, she said. These arguments responded to Calogero’s work on nuclear disarmament.

Taylor Tielke, one of the students on the panel, stressed the importance of bringing noted figures and academics to campus as a way in which to engage students in discussion revolving around important, real world issues.

“It involved students in the conversation,” Tielke said. “It forced students to take sides, research the topic and demonstrate knowledge on the topic.”

Student involvement was important to Simmons as well. Every Religion 100 student was required to write a response paper on the Thursday night lecture, and these papers are being discussed in class, he said.

Calogero said he would like to see the world achieve Global Zero, the elimination of nuclear weapons, in his lifetime. He referenced the reduction in gender discrimination, social status discrimination and use of chemical weaponry as signs that this is a feasible goal.

Not everyone agreed with his standpoints on nuclear disarmament, but the focus on prompting discussion and student interaction with real-world issues is inherently valuable, according to Tielke.

“It’s important for noted figures to talk to students who will eventually be taking up these roles and these mantles,” Tielke said. “It has intrinsic educational value.”