Maize fries: Behind the scenes 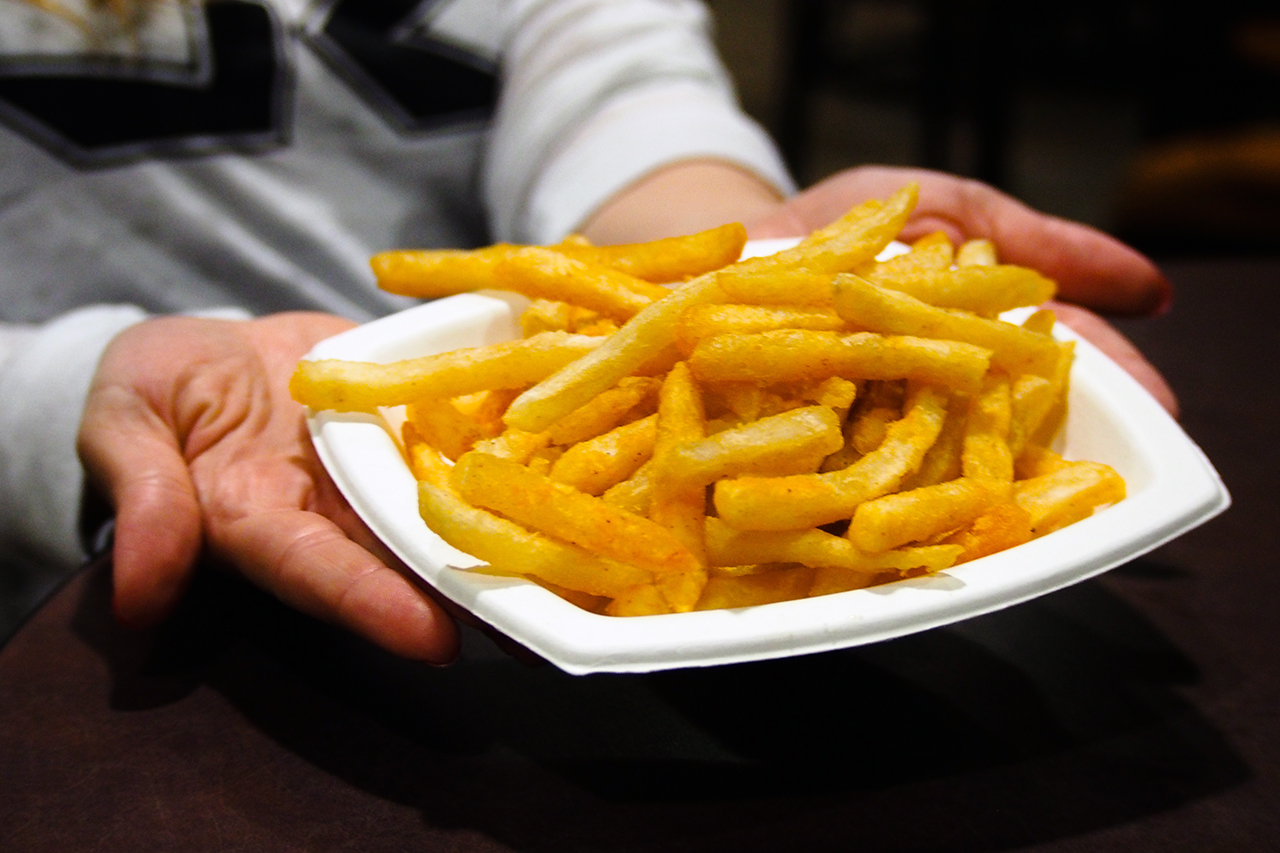 A list of Concordia campus mainstays — the bell tower, the Concordia Choir, Kernel Cobb — is not complete without the inclusion of Maize fries. According to junior Katie Ahlstrom, a Maize student manager, Maize fries are the most popular item at the Maize. Below are the results of some investigative reporting regarding what Ahlstrom deems a “Cobber delicacy.”

Maize fries have been around since the Knutson Campus Center — and therefore the Maize — opened in 2008. According to Jason Giffey, retail operations manager for Concordia dining services, there were a series of taste-tests held to determine what food should be sold at the Maize when it opened. The fries are unique in that they have not been altered since their introduction. “Other items have changed a little bit here and there, but the fries are the one item that everybody resoundingly seems to prefer (over time),” Giffey said.

Maize fries reject the French fry norm of playing a mere supporting role to a burger or other main menu item. “People will come in specifically to just get the fries without anything else,” Ahlstrom said. She mentioned Thursday night Campus Entertainment Commission events as an example of when fries will be acquired a la carte in mass quantity for snacking purposes.

One favorite attribute of Maize fries is their seasoning. “The best characteristic (of the fries) is whatever seasoning they put on them,” said sophomore and Maize fries enthusiast Connor Edrington. Contrary to popular belief, the seasoning used on the fries is not a secret ingredient by any means. According to Ahlstrom, Lawry’s Original French Fry Seasoning is used on the regular recipe fries. The Maize also offers ranch and Red Hot flavored seasonings for those looking for a different Maize fries experience.

The Maize strives to provide a large amount of fries at a competitive price. According to Giffey, a large order of fries at McDonald’s, which at press time is priced at $1.99, weighs around 5.5 ounces. Conversely, an order of Maize fries always amounts to at least 5.5 ounces — quantities are not always exactly measured before serving — and costs $1.89.

Just how many fries do they make?

According to Giffey, during the 2012-13 academic year, the Maize prepared 18,750 pounds of Maize fries. So far this year, more than 7,500 pounds have been prepared.

Not just for current students

Because Maize fries are so popular on campus, they are sometimes used as a marketing tool to attract the attention of prospective students. Maize workers are known for providing samples of the fries to prospective students upon request. “The first time I had Maize fries was when I was taking a tour of Concordia my senior year of high school and my tour guide brought me to the Maize,” Edrington said. “He said … ‘We always get (Maize fries) for (prospective students) because it makes them want to come here.’”