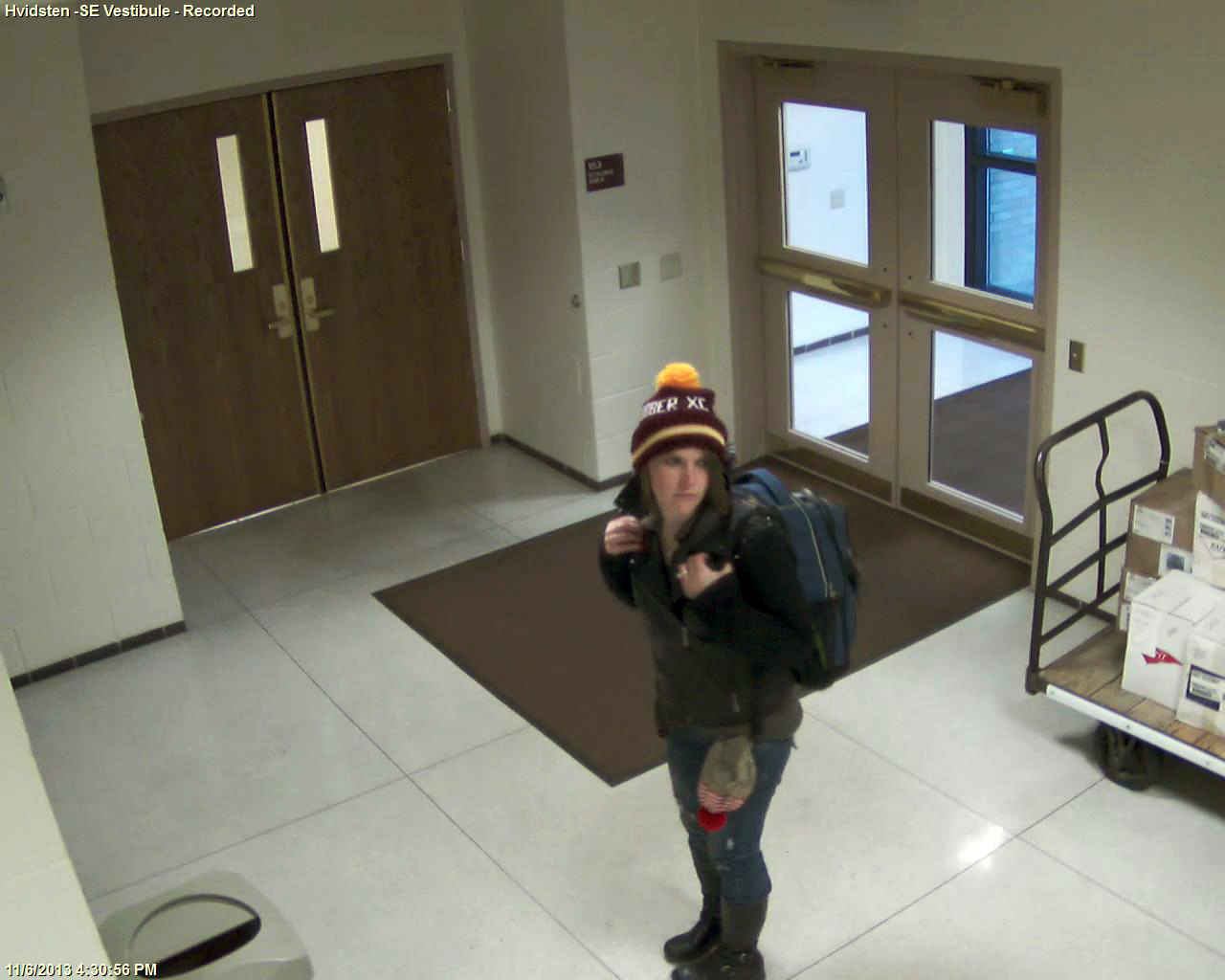 Three suspects are being searched for in conjunction with thefts at Concordia College last week. According to Moorhead police, Steven James Larson, Kristofer Briggs and Jessica Briggs may be responsible for stealing backpacks, wallets and coats from Concordia’s campus last week. The college is simultaneously searching for ways to prevent such incidents in the future.

A backpack containing a laptop and graphing calculator, a coat with a wallet, a second coat and a book were stolen from campus last Wednesday afternoon, according to campus security. The items were left out in public spaces, such as the lobbies and lounges in Hvidsten, Olin and Ivers.

Moorhead’s police identified three suspects: Larson, 20, Kristofer Briggs, 31, and Jessica Briggs, 29. The case is being reviewed by the county.

Campus is reacting by trying to prevent future thefts. Multiple people on campus admit that the risk of theft could be greatly lessened.

John Roberts, chair of the music department, said that students often leave their valuables in places easily accessible by the public.

“There’s a little bit of a false sense of security,” he said.

Graeme Wyllie, a chemistry lab professor at Concordia, agreed that Concordia students do not watch their things as much as they possibly should. He said the chemistry professors keep their eyes out for students who are not in the chemistry program, but there is still some student responsibility. He said students should be, and are being, more careful with their valuables since the theft.

“It’s a major concern,” he said, referring to the students’ responsibility for their valuables.

According to campus security, the theft appears to be an isolated event. Though other thefts happen on campus throughout the year, he said the methodical planning of last week was more unique.

“I don’t recall a case specific like this, a group of individuals coming to steal,” said William MacDonald, the director of public safety.

Campus information representatives said that though there are many lost or stolen items on campus, they are often less valuable objects, such as water bottles or mittens. Campus security said last week’s theft was unusual because it appeared to be planned rather than simply a misplaced item.

Though the suspects of what appears to be an isolated event have been identified, students leaving valuables lying out on campus may still be a problem.

Many professors realize that Concordia is a small campus, and suspicious community members could therefore be identified. According to campus security, though many students and professors saw and were suspicious of the suspects last Wednesday, no one warned security until after the suspects had left. Security was left to follow a hot trail rather than intercede in the action.

Campus Security recommends calling them immediately upon observing suspicious behavior and letting them handle the problem rather than interceding yourself. Staff members on campus urge students to respond by taking responsibility for their valuables.

“We just always want students to be aware of where their possessions are,” said Donald Krogstad, the chair of the chemistry department. “It’s ultimately the student’s responsibility for students to know where their backpacks are and to make sure that it’s safe.”

One way for students to do this is to lock up items rather than leave them unattended. The science labs have recently been allowing students to lock laptops in a vacant room rather than abandon them in the hallway during labs, according to Wyllie.

However, Wyllie hopes the reaction does not stop with the efforts of professors to protect student valuables.

The problem is replicated with music students who leave their valuables in the lounge during rehearsals, regardless of there being lockers available in the building.

Roberts said the lockers may not be the most convenient option for students.

“There is a problem with storage in the building,” he said, referring to the lockers. He said they are on the other side of the building and some of them are fairly small. Yet according to Roberts, students could bring their bags to rehearsal and place them under their own chairs.

Music students said their actions have not changed much in light of the theft. According to Annie Zacho and Brittany Roth, two music ensemble members, students are protecting their valuables, such as their wallets, but have not done much to change their habits in caring for their other possessions. Roth said she would prefer to leave their things in the main music lounge than by the lockers, because there are more people who may keep guard in the lounge and faculty offices surround the space.

While the professors and other staff urge students to take more responsibility in caring for their valuable items, many took comfort in the identification of the suspects. Renee Kelly, music department secretary, verbalized her thanks.